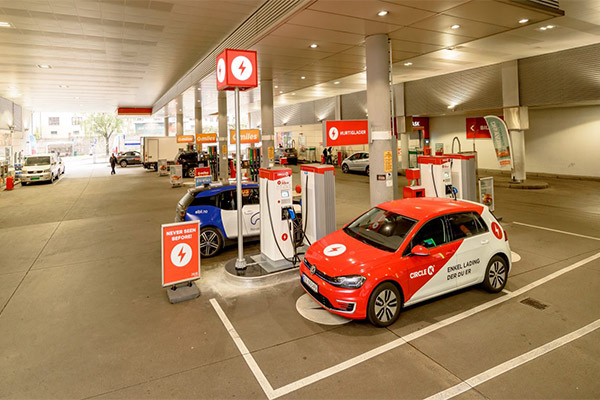 The country currently has the earliest target for the phaseout of new gas vehicle sales in the world. 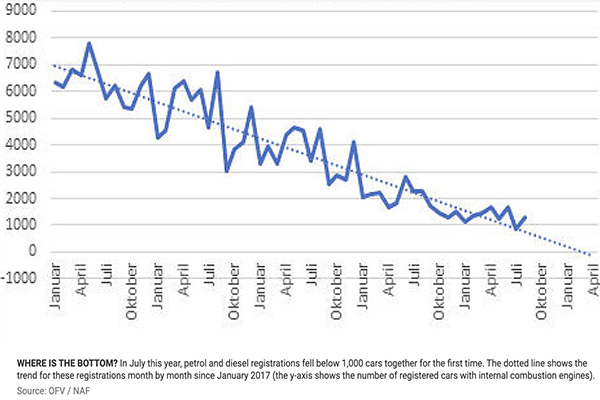 Norway is taking the lead in EV sales, with gasoline’s share of the new car market vanishing more and more every month. The country currently has the earliest target for the phaseout of new gas vehicle sales in the world – 2025.

But petrol/diesel-powered cars might not even last that long, according to an analysis printed by the Norwegian Automobile Federation’s magazine, Motor. The downward trend in sales for gas cars has been so consistent and steep that the last new gas car sale in Norway could happen just seven months from now, in April 2022.

Norway’s Road Traffic Council reports monthly sales figures for all cars sold in the country, with cars without any type of electrification making up less than 10% of new car sales – down from about 21% the year prior.

If the trend present for the last few years continues, the trend line will hit zero in April 2022, which is obviously coming earlier than their 2025 targeted by Norway’s government.

As Motor acknowledges in their article, the very last gas car probably won’t be sold in April 2022. Not every car segment has a good selection of vehicles yet, and there are always some exceptions.

But there is a clear trend that outside of these few exceptions or niche vehicles, there will probably not be many mass-market sales of non-electrified vehicles.

Norway might even allow limited numbers of gas car sales to continue past 2025, with the expectation that numbers might be small enough that a legislative ban really won’t matter either way.