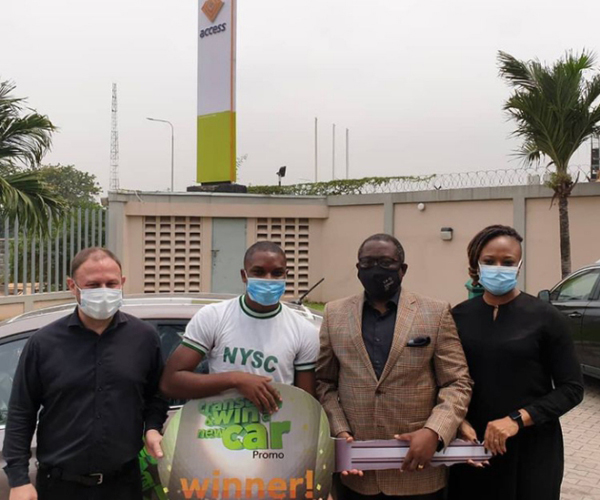 Tolulope won a brand new Hyundai Accent, which was presented at a brief ceremony at the bank’s PGD place in Lagos. Speaking to Daily Sun, the grand prize-winner, said he was shocked when informed of his win and encouraged customers and friends to open accounts with Access Bank.

He said he felt that the calls from the bank were scam calls but when it became incessant, he reached out to the bank via its twitter handle and was told he had actually won a car. NYSC Member

“I am still in shock as I was not expecting it. I cannot even remember the amount of transactions I did but I know it was too much. The car was not something I was looking at owning in a year or even three years but Access Bank has fast-tracked my dream of owning a car and so I would keep spreading the word to friends and family that this is indeed real”, Tolulope said. Also speaking at the presentation, the Executive Director Access Bank Plc, Victor Etuokwu, said the promotion was designed to play a big role in the lives of bank customers.

According to him, the bank is targeting the unbanked, underbanked and looking at increasing the rate of transactions through its mobile and digital platforms. Etuokwu said, “We want to continue to play a big role in the lives of our customers and as for Tolulope, we have asked him what he graduated with, he said he is a first class holder and with this, we are looking at a possibility of him working with Access Bank”. 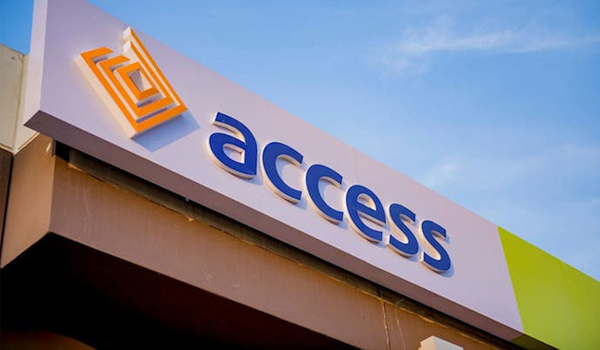 “Tolulope performed 10 transactions which is the criteria to win the car via the USSD or the mobile app. We did a draw and out of the million people that met the criteria, Tolulope emerged tops. For now, this is the third car that has been given. One person won in Abuja, the other won in January and so we are hoping to commence another prize presentation by the second quarter (Q2) of 2021. When we start by Q2, it will be on quarterly campaigns/draws and by the end of Q2, We will have another winner by the end of Q3 and Q4. NYSC Member

Digital is the future and this mobile banking is what we want to get a lot of people into and you know that as a bank, we make revenue from our digital channels and we use it to boost our customer acquisition. These days, people do not need to get to the bank to open an account with us or perform transactions, they can do that through our mobile banking platforms or USSD”, he explained.