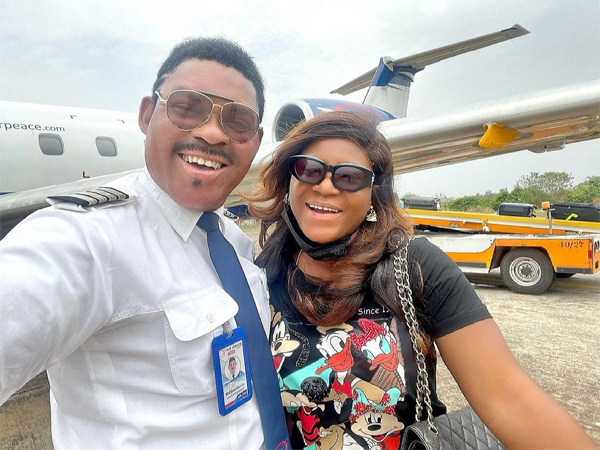 She took to social media to share some beautiful photos she took with Captain Matthew Ekeinde outside the plane and expressed excitement about meeting him.

The curvy actress described the flight as ‘smooth’. 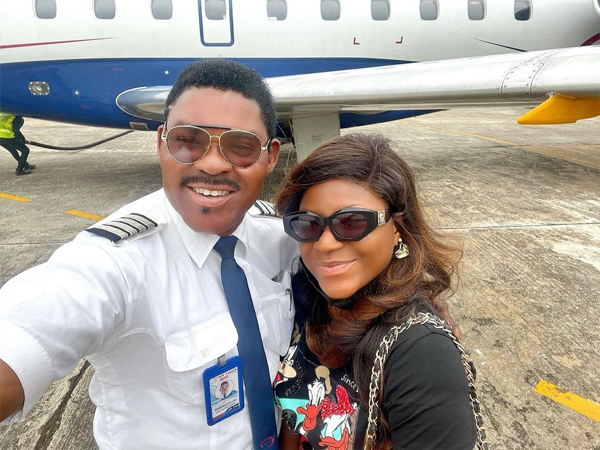 The curvy script-interpreter described Omotola’s husband as a great pilot as she revealed that the flight was smooth and expressed gratitude to him for his assistance.

Sharing the photos, she captioned;

All thanks to u sir

A great pilot u are

Once again, thanks for your assistance ”

This comes a week after Erica met the famous pilot.

Capt. Matthew Ekeinde is the husband of one of Nigeria’s most celebrated personality in Nollywood, Omotola Jalade.

Omotola and Mattew Ekeinde got married in 1996.However, they decided to have their dream wedding in 2001. The ceremony happened aboard a Dash 7 aircraft while flying from Lagos to Benin.