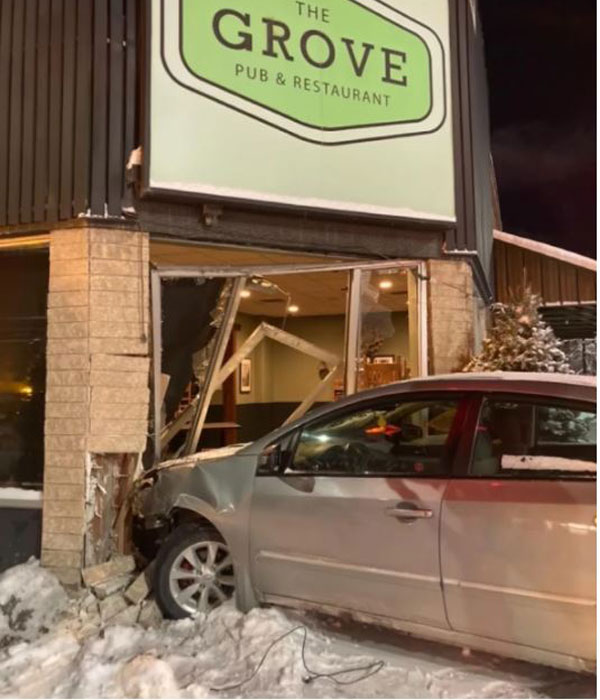 A car slammed into the corner of The Grove, a restaurant at the intersection of Stafford Street and Grosvenor Avenue, in Winnipeg, Canada.

The incidence occurred around 11:45 p.m.

The force of the impact was so strong that tables and chairs inside the building were strewn across the floor, along with shards of broken glass and the twisted metal frame from the window and door.

Luckily there was no casualty. 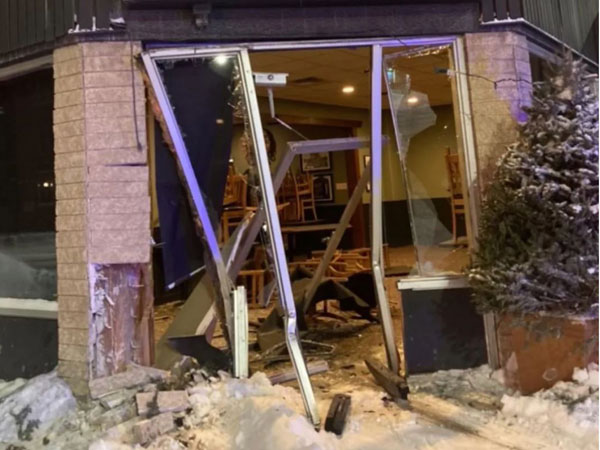 Images of the front end of a car showed how the car smashed through the Stafford Street business. The floor of the restaurant was littered with shattered glass and toppled chairs.

According to Winnipeg police, the incident involved only one car, and no one was taken to the hospital.

Police did not specify the cause of the crash, but said alcohol did not appear to be a factor.

The Grove was closed prior to the crash due to the increasing number of COVID-19 cases in Manitoba.

Despite the damage, the restaurant’s owner said it could reopen for takeout next week. 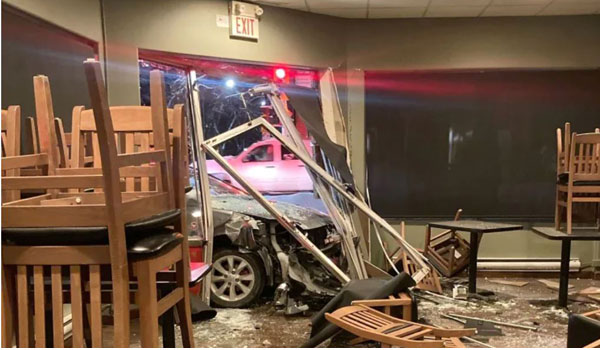 Related Topics:car crash
Up Next

‘We Kept Our Promise To Give 10 Nigerians Brand New Cars In 14 Days,’ Globacom