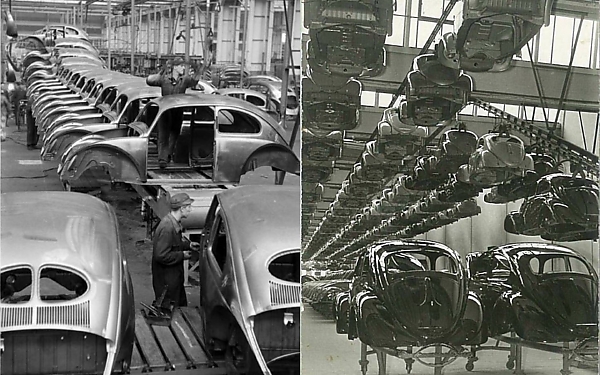 Photos Of The Day : Inside Volkswagen Type 1 Beetle Factory, Germany. 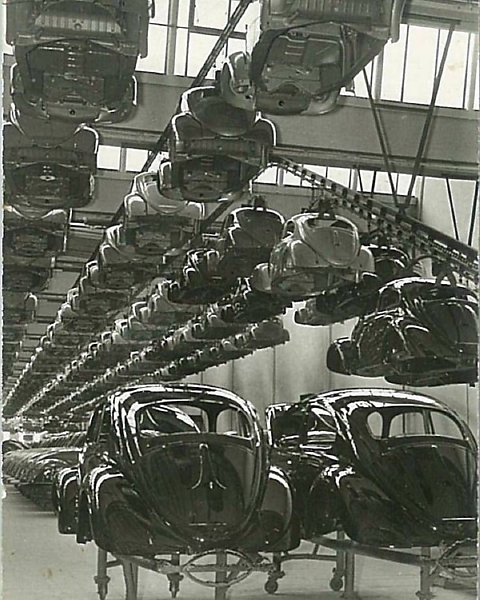 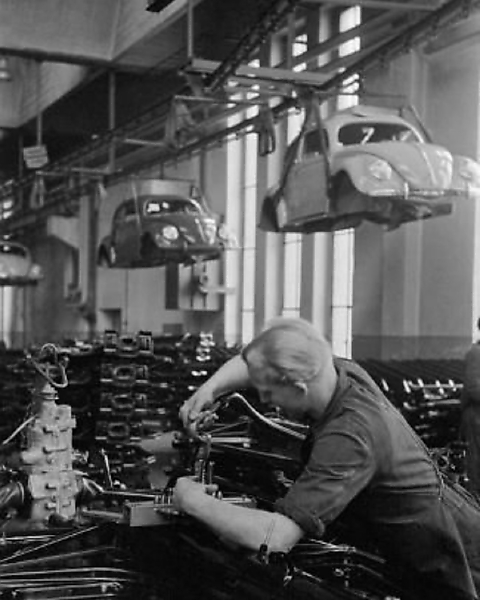 The original Volkswagen Beetle —officially the Volkswagen Type 1 and popularly known as Ijapa (Tortoise) in Nigeria, is one of several iconic cars that ruled the Nigerian highways in the 70s and 80s. 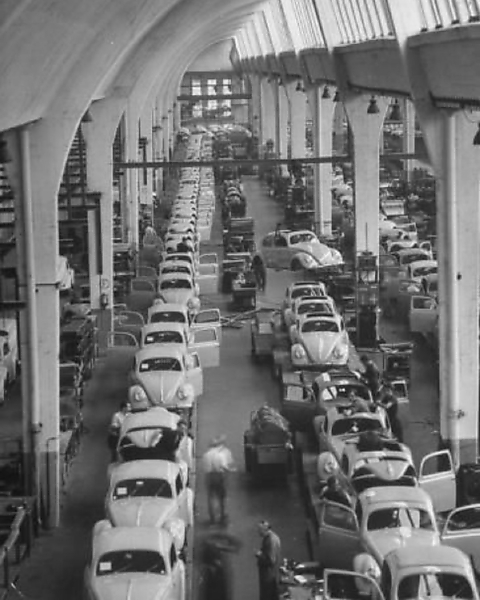 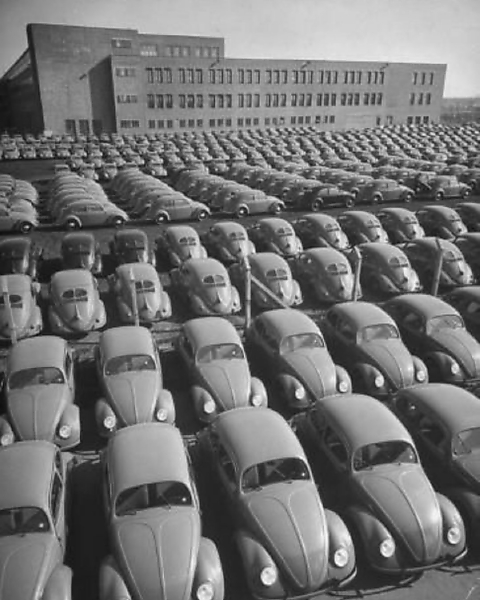 The need for a people’s car its concept and its functional objectives were formulated by the leader of Nazi Germany, Adolf Hitler, who wanted a cheap, simple car to be mass-produced for his country’s new road network. 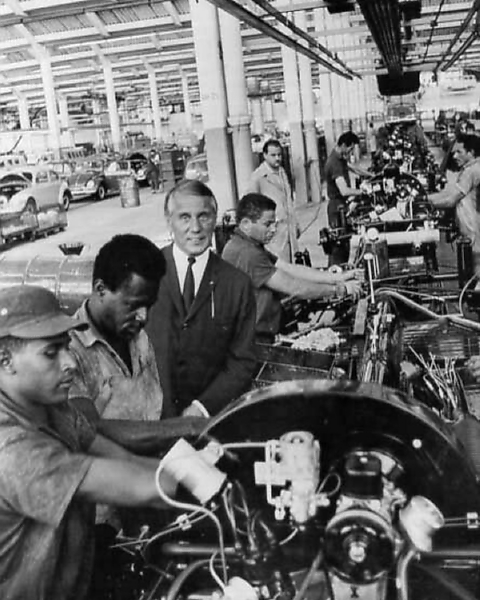 The iconic two-door, rear-engine economy car, intended for five occupants was manufactured and marketed by German automaker Volkswagen (VW) from 1938 until 2003. 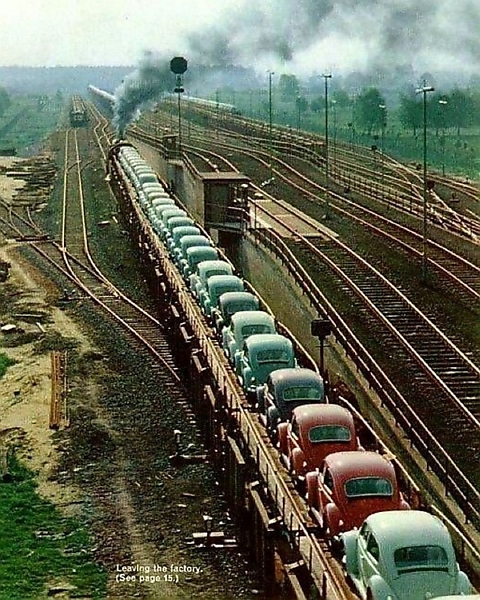 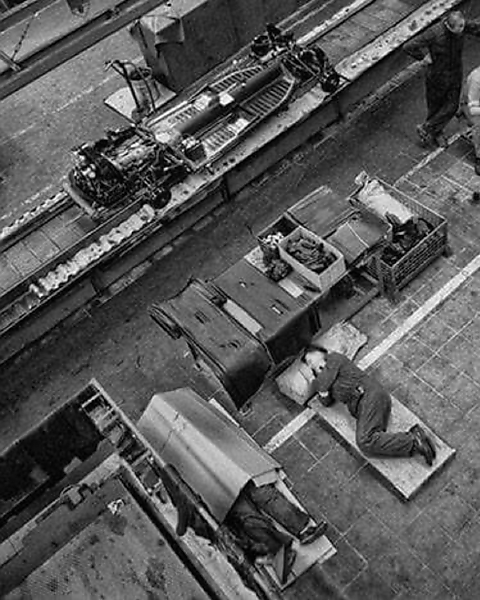 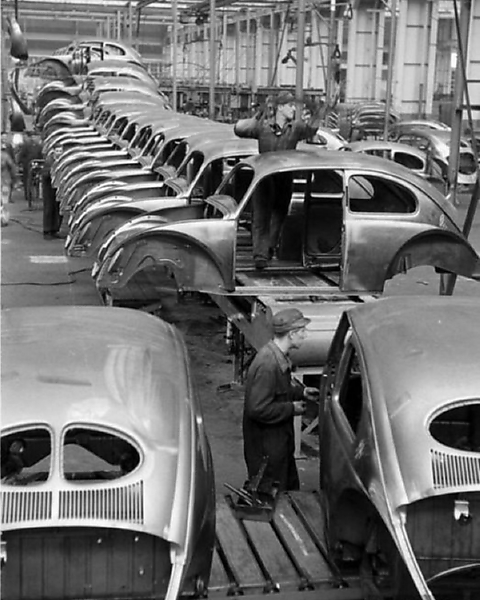 Due to its efficiency and affordability, Ijapa, known for its distinctive rounded rear-end, was a favourite amongst teachers, civil servants and the average middle class Nigerian citizenry.