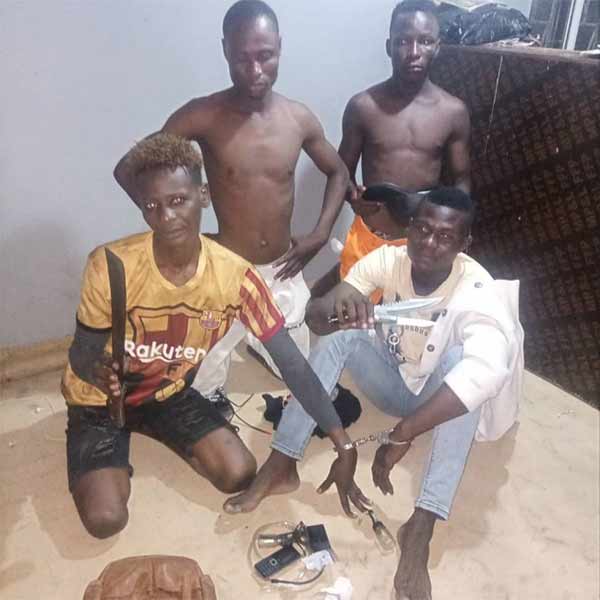 The police in Lagos State have arrested four suspected in-traffic robbery suspects who are allegedly responsible for some of the robbery incidents along the Lagos-Badagry Expressway.

This was confirmed by the state Police Public Relations Officer (PPRO), Muyiwa Adejobi, who added that arms and hard drugs were recovered from the susoects.

Adejobi in a statement on Monday said: “The Lagos State Police Command, in furtherance of its commitment to eradicate traffic robbery in the state, on 15th May 2021, at about 1 am, arrested four (4) suspected traffic robbers in front of Onireke Division, along Badagry Expressway, Lagos

“The Police operatives attached to Onireke Division of the command, while on Stop and Search at the station, stopped a motorcycle conveying four passengers.”

The Commissioner of Police, Lagos State, CP Hakeem Odumosu, has directed that the suspects be transferred to the Command’s Special Squad, Ikeja, for proper investigation and possible arrest of other members of the gang.

He further directed that the Divisional Police Officer of the area to improve on his anti-crime strategies, go after the hoodlums who are terrorising the area and eradicate traffic robbery and other forms of criminality in his area of responsibility.

NDLEA Seizes Cakes Made With Indian Hemp On Lagos-Ibadan Expressway