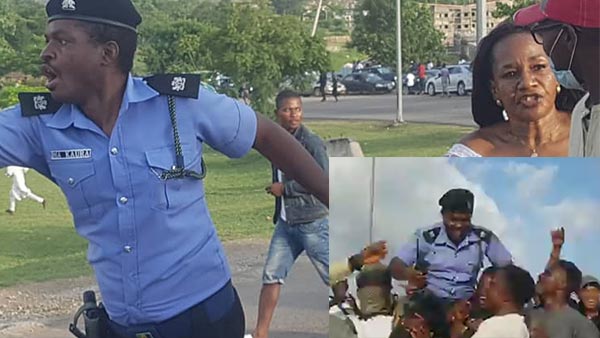 Even though Nigerian Youths have franked against police brutality in Nigeria via the EndSARS protest, the protesters have found one reason or the other to be friendly with some policemen in the country. In the heat of the protest somewhere in Abuja, protesting youths were spotted in a video carrying a policeman, Officer Kaura on their shoulders.

The protesters were singing and hailing while they carried him. The youths were shouting, you are a leader. 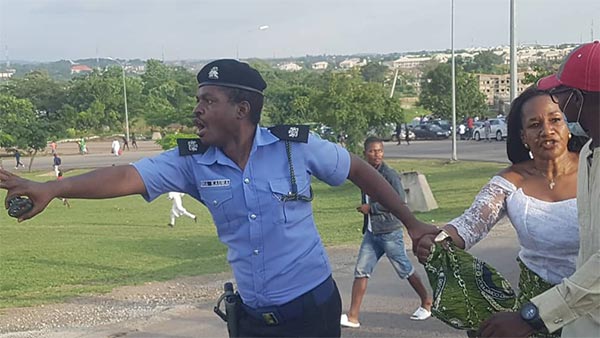 The protest against police brutality by Nigerian youth in Abuja, the country’s capital city, took a lighter mood when the protesters celebrated a police officer.

Reports had it that there was a sudden shift in the attention of the protesters to the other side of the road.  A woman, most likely in her fifties, engaged in a heated argument with one of the protesters.

Protesters surrounded the woman in no time to challenge the woman for shouting at one of them.

Video Of The Policeman Carried On Shoulders By The Mob

The officer with his service pistol strapped against his trousers. He, therefore, whisked the woman in her native attire away from the fuming mob. 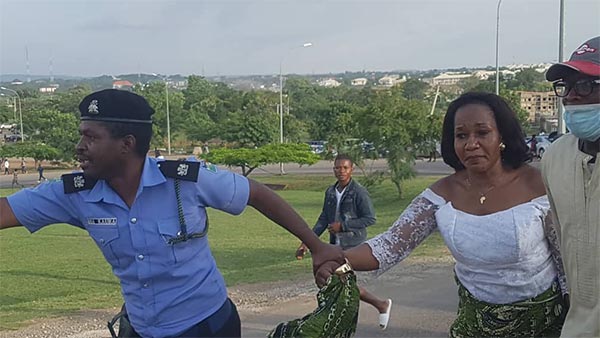 The officer carefully coordinated the protesters back to the main road where he implored them to continue their peaceful protest.

Officer Kaura, in essence, exhibited a trait many of the protesters said is lacking in many Nigerian security operatives, one of the reasons for the #EndSARS campaign in many cities across the country.