12 things you should know about him, from driving till 97 to giving lift to US President Obama and his wife.

Buckingham Palace on Friday announced the demise of Queen Elizabeth’s husband, Prince Philip, at the ripe age of 99.

Before his death, Prince Philip, the Duke of Edinburgh, had spent weeks in the hospital to due to infection and later a heart surgery. 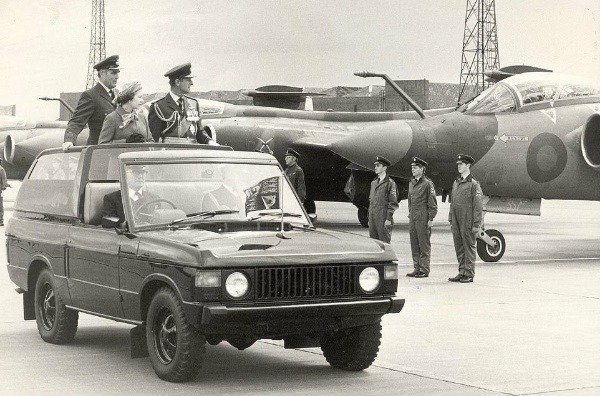 The Queen and Prince Philip inspecting Buccaneer strike/attack aircraft and their crews from a Range Rover in 1979.

Below are 12 things you should know about the Duke of Edinburgh, Prince Philip :

2) Philip’s parents were Princess Alice of Battenberg, a great-granddaughter of Queen Victoria, and Prince Andrew of Greece.

4) The Duke of Edinburgh married the future queen at Westminster Abbey in 1947 when she was 21 and he was 26.

5) He served in the Royal Navy throughout World War II. His military career ended when his wife became Queen Elizabeth II. This was after the death of her father, King George VI, in 1952.

6) Philip retired from public life in 2017, after 65 years of service. During that period, he conducted more than 22,000 solo engagements and delivered nearly 5,500 speeches.

7) Just like his wife, Queen Elizabeth, Philip also loves driving. He has been pictured behind the wheels of both Land Rover Discovery and Freelander SUVs.

8) In 2016, Philip, then 95 year old drove Barack Obama and his wife Michelle to lunch in his deep blue Range Rover. The Queen also joined them in the cruise.

10) In 2019, Prince Philip walked free from the wreckages of his flipped Land Rover Freelander after the SUV he was driving collided with a Kia carrying two women and a baby.

11) A day after the crash, a replacement Land Rover Freelander, was delivered to the Prince Philip. He was even spotted driving without a seatbelt 48 hours after car crash.

12) The accident later forced him to give up his drivers-license at the age of 97 after it became clear that he could be charged over it.