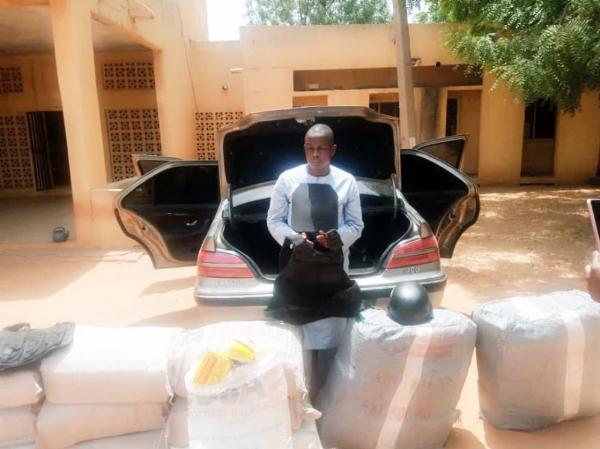 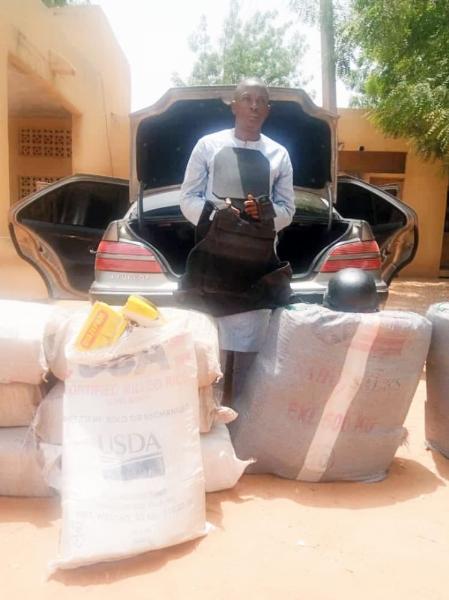 Operatives of the National Drug Law Enforcement Agency (NDLEA) has arrested a suspected fake security officer, Basiru Ibrahim, while conveying 280kg of skunk and Diazepam in his boot.

The suspect was arrested around 8.30pm on Saturday, April 3, 2021, at the Kingakwai checkpoint, Kamba, Dandi Local Government Area of Kebbi State.

According to a statement by the agency’s Director of Media and Advocacy, Femi Babafemi, the 38-year-old suspect specialises in trafficking hard drugs from Benin Republic through Lagos to Sokoto State.

The suspect reportedly confessed to have trafficked hard drugs thrice from the Benin Republic for a notorious dealer simply identified as Queen.

Part of the statement released by the agency reads :

“The Commander, Niger State Command of the agency, Haruna Kwetishe, said the illicit substances meant for drug joints in Abuja were procured from Onitsha, Anambra State, and diverted to the Morada Market motor park in Suleja to avoid security scrutiny in Abuja.

“A 27-year-old man, Ezema Sunday, who was to take delivery of the consignment, was arrested on Tuesday, April 7, 2021, along with another suspect, Nehemiah Isa, who was caught with 1.3kg of cannabis and seven grammes of Nitrazepam.”

Queen Elizabeth’s Husband Prince Philip Dies At 99 : 12 Things About Him, From Driving Till 97 To Driving US Pres. Obama