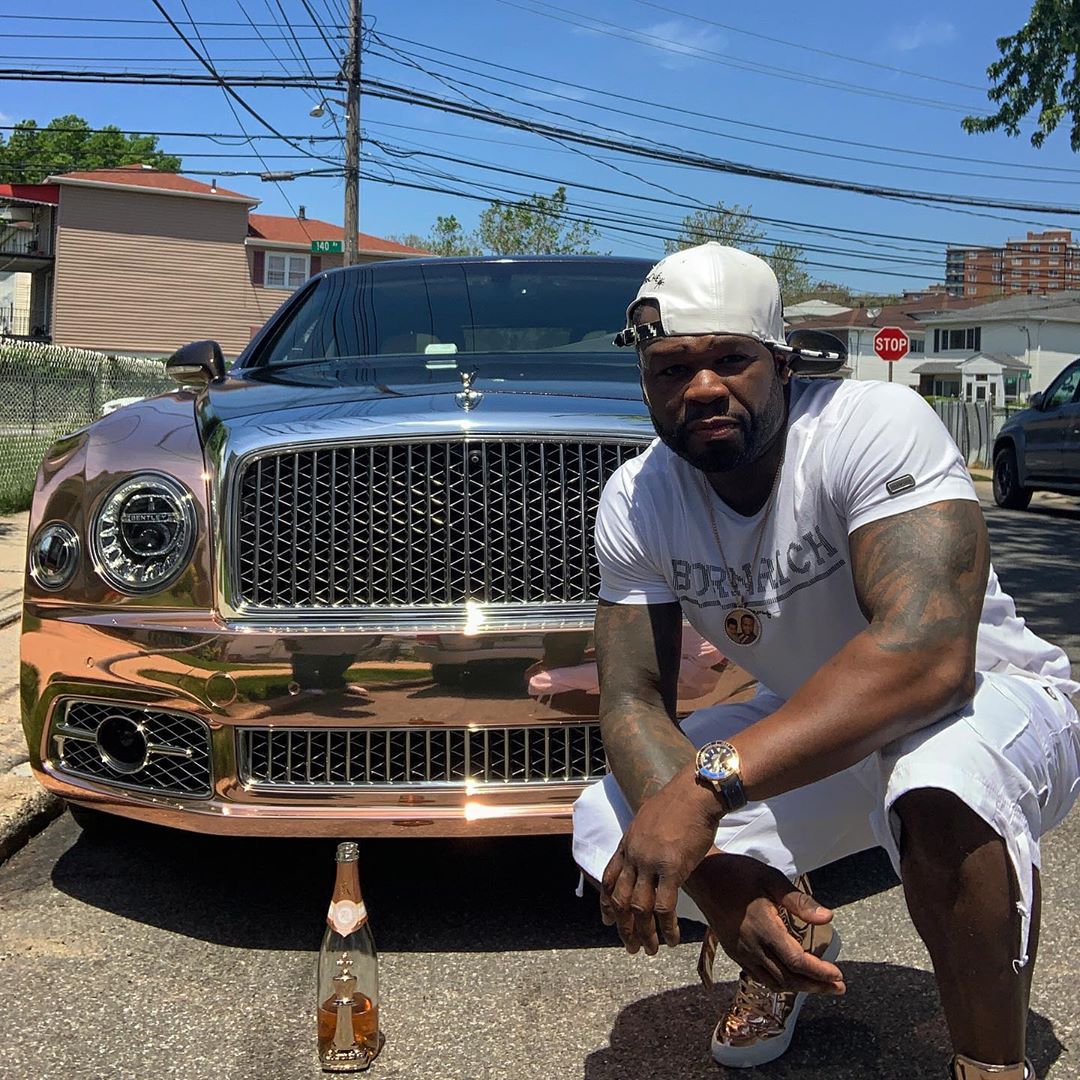 He rose to fame as a rapper. Ever since then, he has delved into several business ventures.

Asides his rapping and songwriting enterprise, he is also an actor, film producer, investor, etc.

Indeed, fortune has smiled on 50.

He has a rich array of choice cars that includes a Lamborghini Murcielago, Pontiac G8, Bentleys, etc.

See  Some Of The Vehicles That Bankrupted “50 Cent

And he went there in grand style, driving there with his now famous gold Bentley Mulsanne.

Note, it was at this hood that he was shot at on May 24, 2000, by a gunman outside his grandmother’s former home.

He was shot 9 times at close range.

See photo of 50 Cent in a pose with the Bentley Mulsanne.

See How Hailstones Shattered A Chinese Airlines Airbus A380 Aircraft’s Windscreen At 37,000ft

Dedicated BRT Lanes: Is It Now Free For All?