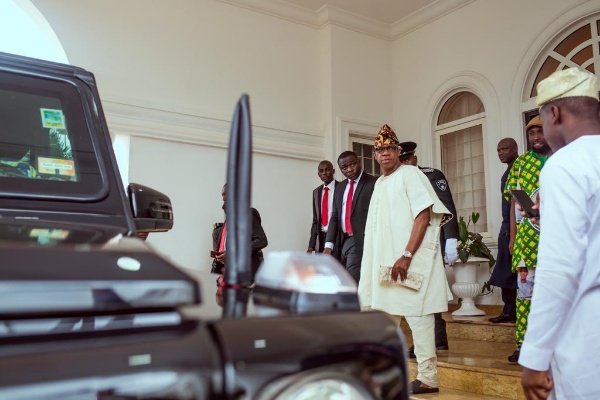 A statement released on Friday said all number plates affixed to unserviceable vehicles are to be removed.

Ogun State Government has directed all public officials who are unlawfully in possession of government number plates to return them to the Office of the Head of Service immediately.

This was revealed on Friday in a statement signed by the Permanent Secretary, Bureau of Service Matters, Mr. Dahunsi Ogunleye. The release also said all number plates affixed to unserviceable vehicles are to be removed, while those with retirees and former political office holders should be return.

For record purposes, the release also directed all Accounting Officers of Ministries, Department and Agencies; to furnish the Office of the Head of Service with details of allocated official vehicles, bearing government number plates.

The release further stated that Law Enforcement Officers have been directed to apprehend private vehicles that are affixed with official number plates. According to the statement, the practice contravened the policy of the State Government.