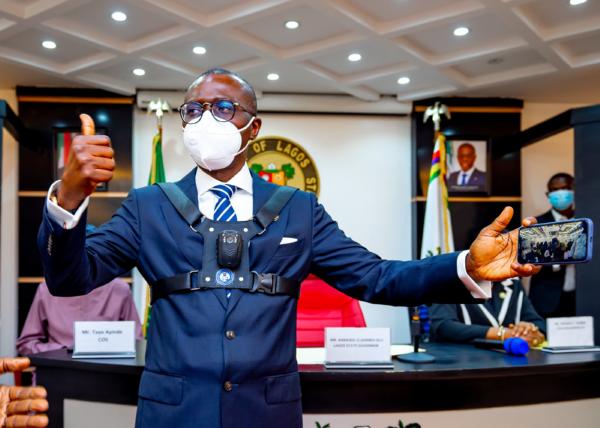 In a groundbreaking move to enhance safety in the State, law enforcement officers in Lagos State will now make use of Body Camera while discharging their duties.

The introduction of the Body Cam was announced by Lagos State Babajide Sanwo-Olu on Tuesday at the Banquet Hall, Lagos House, Alausa, Ikeja.

Photos from the event was shared by the Chief Press Secretary to the Governor, Gboyega Akosile on his twitter page. 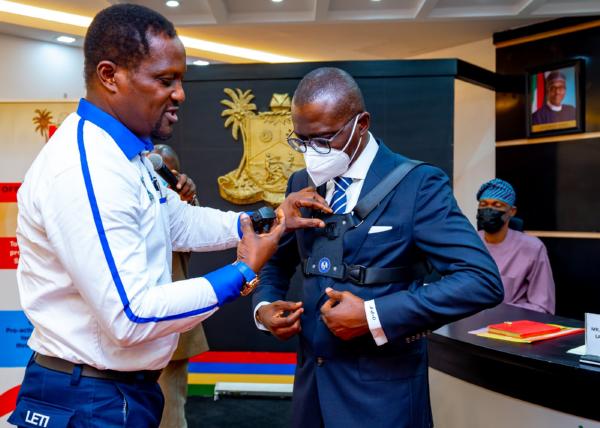 Governor Sanwo-Olu was quoted to have said :

“I am pleased to inaugurate the use of body-worn cameras by law enforcement officers in Lagos and this is a groundbreaking move to enhance safety in the State, as well as increase transparency and accountability in the activities of our law enforcement agencies.

Lagos State has strategically set the pace among other States in Nigeria to launch the use of body-worn cameras by law enforcement officers.

“The security challenges in different parts of the country are worrisome, but with proactive action, the use of modern technological tools, and a mix of well-trained and intelligent officers, we will successfully combat many of these challenges. 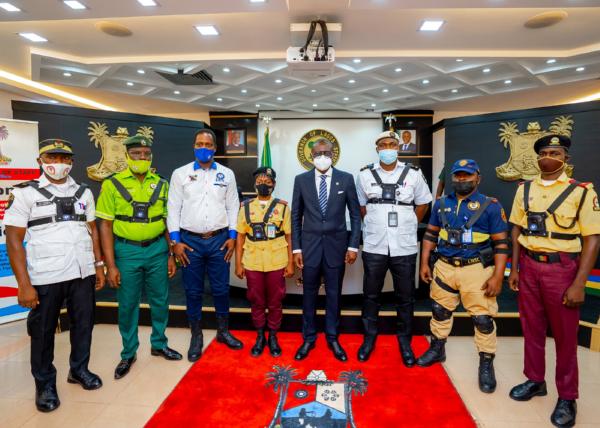 “With body-worn cameras, our law enforcement officers are better equipped to protect lives and properties, thereby, making Lagos safer for us all.”

“Sanwo-Olu said the launch of the body-worn cameras would take the Government a step closer towards fulfilling its security agenda, stressing that the introduction of devices to frontline security team and officers would enhance their productivity and professionalism, while also fast-tracking law enforcement process.

“The cameras, the Governor pointed out, will help the State Government check abuse of power and excesses by security personnel, while also improving the safety and accountability of officers, who will use the devices for evidence sharing and intelligence gathering.”

“Sanwo-Olu said the move would improve transparency and accountability in the activities of law enforcement agencies, and put the State Government in a better position to respond to security challenges in real-time.

“Provision of adequate security, the Governor said, is a key pillar of his administration’s T.H.E.M.E.S. agenda, stressing that the initiative reflected his Government’s resolution to ensure Lagos remained secure for residents and investors.”