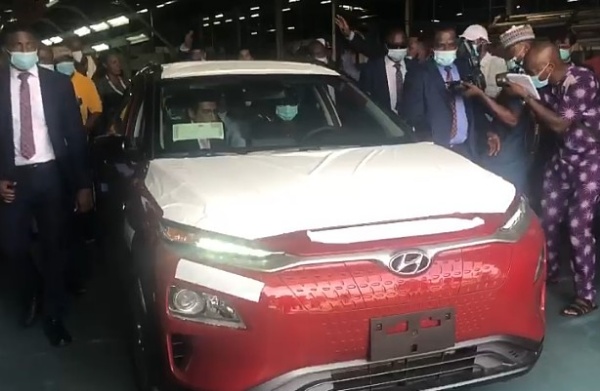 The Hyundai Kona, the first electric car to be assembled in Nigeria.

Its battery-pack allows Hyundai Kona to drive 482 km on full charge before running out of juice. 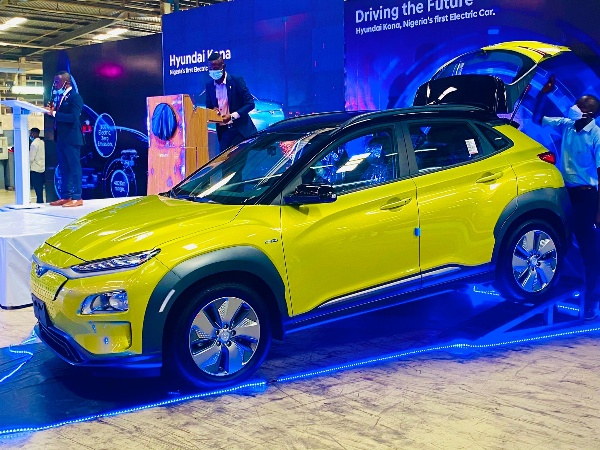 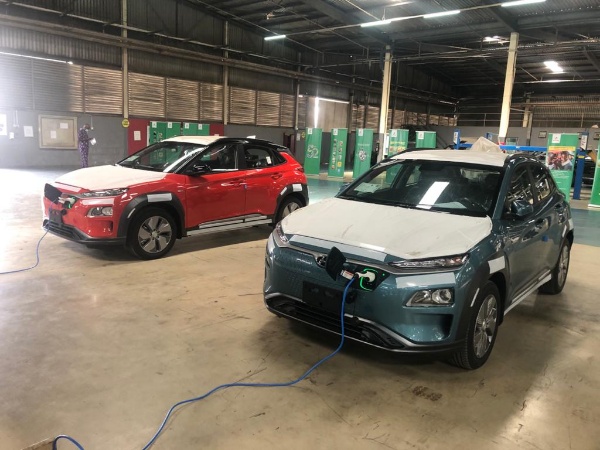 The grand unveiling of the all-electric crossover SUV had several dignitaries in attendance. 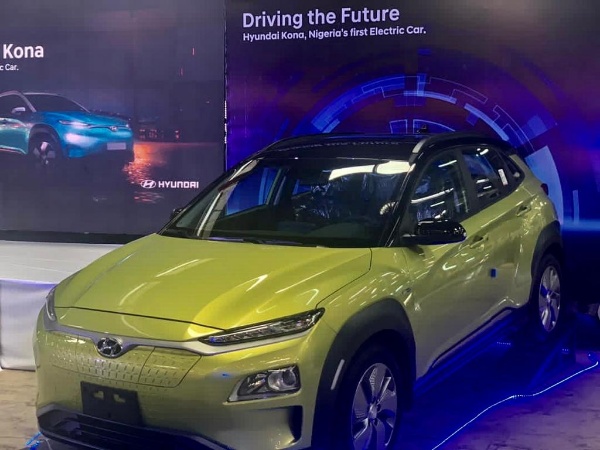 Speaking during the unveiling, Gov. Sanwo-Olu said his administration will make provisions for electricity charging points across the state. 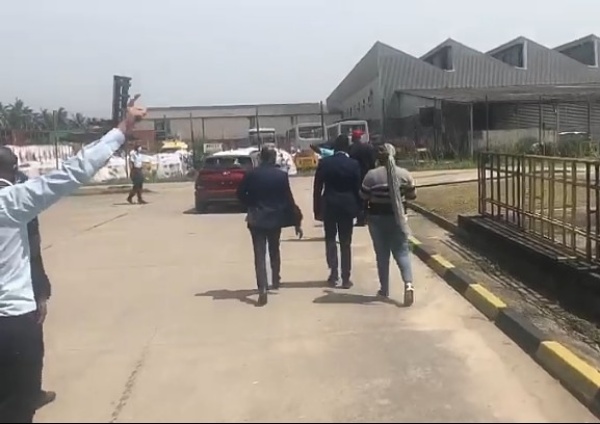 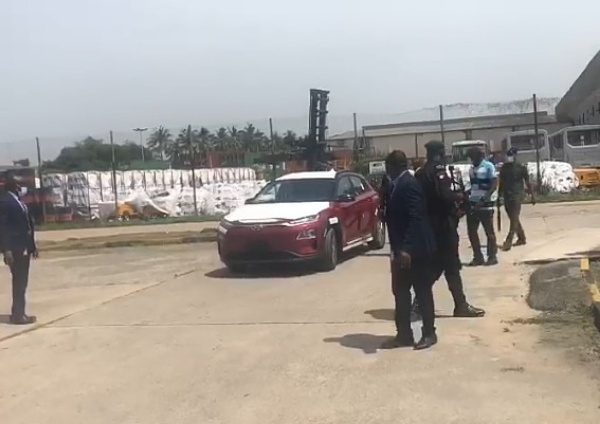 He explained that this will make it easier for motorists to recharge their battery-powered vehicles.

Being a supporter of ecofriendly cars, the Governor went on to test drive the battery-powered all-electric car around the massive auto assembly plant in Lagos. 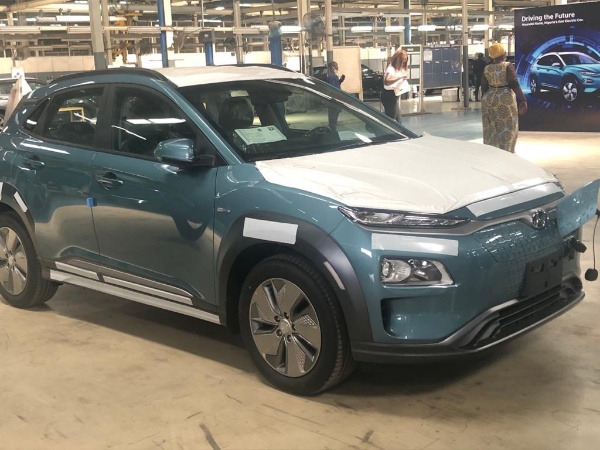 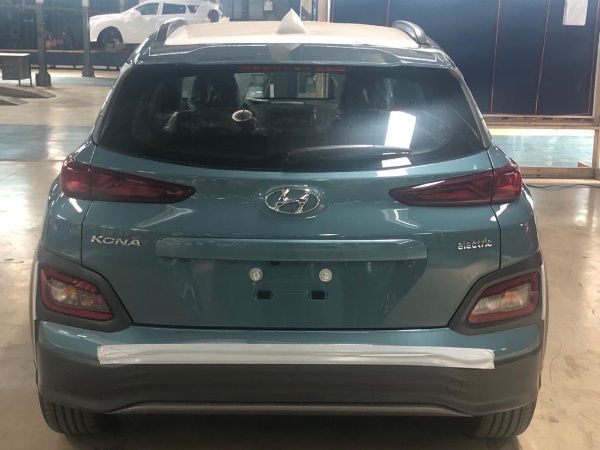 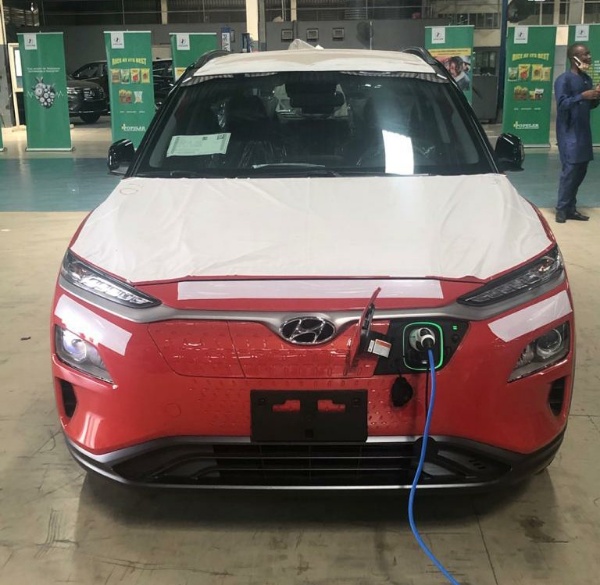 The lifestyle-oriented car comes with 5 years of battery warranty and 5 years of vehicle warranty.

It can be charged at home or at work, and it takes 9.35 hrs to replenish the battery to full capacity.

US President-Elect Joe Biden And His Cars