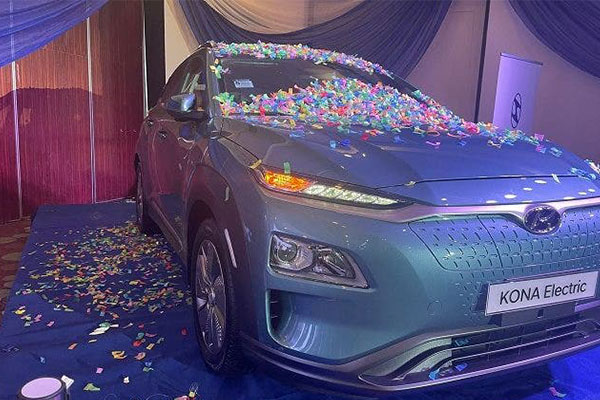 Stallion Motors, Nigeria’s leading auto assembler, has disclosed one of the features of the Hyundai Kona EV. According to the Stallion Motors, the Kona EV, Nigeria’s first locally-assembled electric car, will go 482km when fully charged.

Recall that Nigeria’s first locally assembled electric car, Hyundai Kona, was unveiled in a grand style at the Nation’s Federal Capital Territory, Abuja on the 5th of February, 2021 by Stallion Group.

The ceremony had in attendance high profile dignitaries including the Minister of Industry, Trade and Investment, Hon. Otunba Richard Adeniyi Adebayo, Minister of Works and Housing, Babatunde Raji Fashola, the Director General of the National Automotive Design and Development Council (NADDC). Also present was the well respected permanent secretaries, the CEO of Stallion Group, Mr. Sunil Vaswani amongst others. 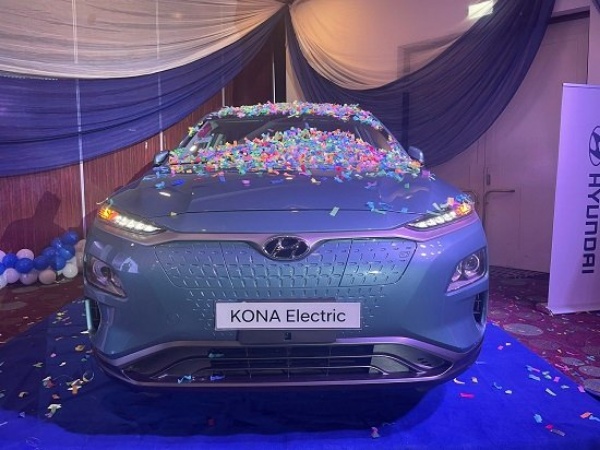 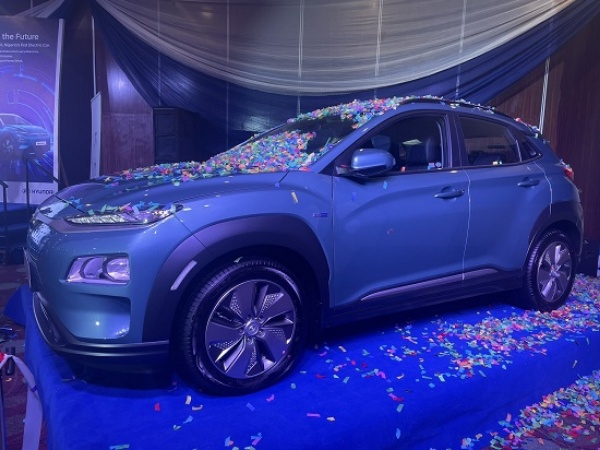 The event, which the chief host, the Honourable Minister of Industry, Trade and Investment, Hon. Otunba Richard Adeniyi Adebayo unveiled, was the beginning of a series of activities to announce the arrival of the electric car in the nation’s capital.

Following the grand unveil by the Ministers and other VIPs, the electric car was taken for a test drive to showcase its wide range capacity and speed.

Excitement was evident in the Minister of Industry’s face when he was unveiling the latest innovation in the country.  Meanwhile, he showed support for the initiative by Stallion Group. He noted, “Stallion Group is the pioneer producer of the Made-in-Nigeria Electric Vehicle (EV) called Kona.

The FMIT & NADDC has it as part of their plans for the automotive industry to migrate from the use of conventional vehicles to alternative powered vehicles considering the environmental degradation caused by global warming”.

In his welcome speech, the CEO of Stallion Group, Sunil Vaswani, appreciated the Nigerian Government. He gave kudos to federal government for always being forward thinking for the greater good of Nigerians.

Sunil also appreciated government’s encouragement towards sustainable means of operations making the location future ready. Meanwhile, the CEO applauded the government for their acceptance and solidarity with their acceptance of the “Electric Kona”. 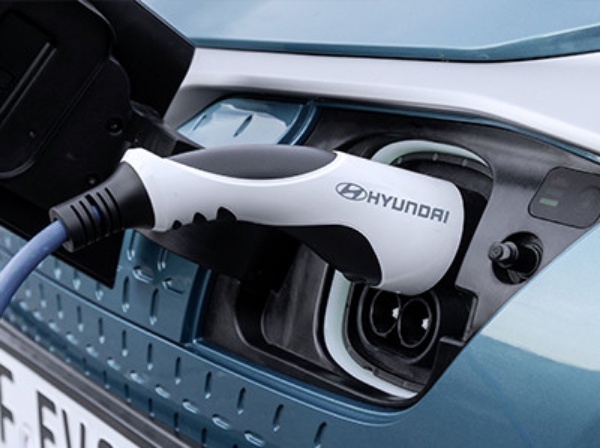 Cheap : This Is How Much it will cost you to fully charge Hyundai Kona Electric car in Nigeria

Hyundai Kona is Nigeria’s first locally assembled car. The car  is said to have a 482km range capacity, with an acceleration of (0-100kms) in 9.7 seconds. This capacity is on a single battery cycle of a capacity of 64 KWH.

The ease of charging is without match and can be plugged in at home or work for 9. 35 hours for a full battery. Its 100% electric with zero carbon emission.

The grand unveiling continued with a roadshow on the same day at key high traffic locations around Abuja with a number of activities including dancing, sharing & distribution of brand items amongst others.

The series of activations continues at select high profile restaurants/bars at “Lagos Bistro” Restaurant and “A Bar Called Paper” on the 6th and 7th February 2021 respectively with free test drives for guests and passers-by, as well as a special Valentine Weekend activation.

Man Dies In Hit And Run Accident In Awka (PHOTOS)