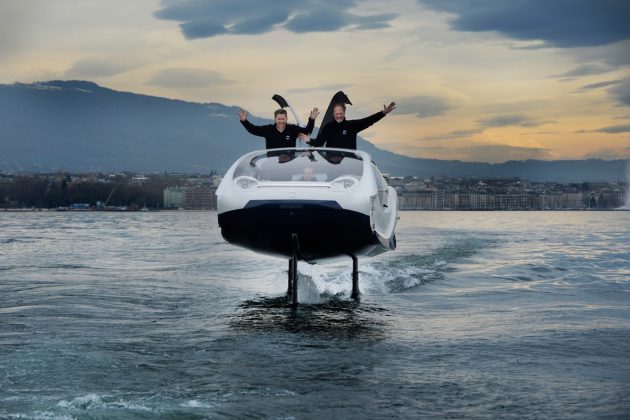 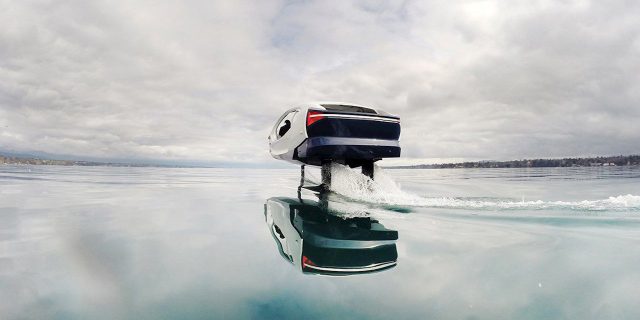 In the hope of becoming the ‘Uber for water taxis’, a French start-up called SeaBubbles has revealed a new futuristic boat prototype.

The battery-powered boat has a sleek car-shaped design, and uses hydrofoils to hover inches above the water, thanks to the same physics phenomenon that allowed the Hydroptere sailboat to set water speed records.

The technology from the Hydroptere means when SeaBubbles transport passengers across the water, the vehicles will not float on the surface like a boat.

Instead it rises above the water, reducing the amount of drag on the water by up to 40 per cent compared to normal boats,reducing seasickness.

This is the same mechanism that allows planes to fly, with air passing over the wings generating lift.

The vehicle is powered by a 20 kWh battery pack that feeds two 10 kW electric motors, making it zero emission . Each taxi is silent and has a range of 50 to 60 miles (80-100 km). It generate no waves, so can operate in no-wake zones. 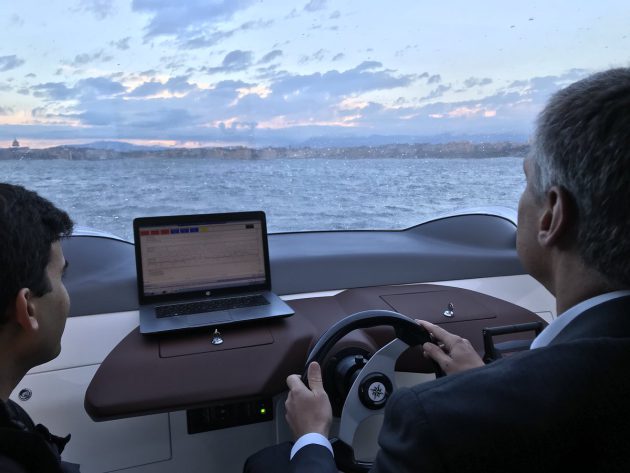 The latest prototype looks a lot closer to production than the initial design, with the addition of a windshield to protect riders from spray.

The company wants to use its electric boat to offer taxi service in cities located near rivers and lakes, like in Paris on the river Seine.

SeaBubbles hopes to expand its service to 12 cities in Europe, Asia, the Middle East, and the US by the end of 2018.

And it is aiming to have its on-demand, water taxi service running in 50 cities by 2024.

I hope the Nigerian government embrace this technology when it becomes fully functional,as this and the already existing local ferries will further reduce the traffic build ups on our roads.