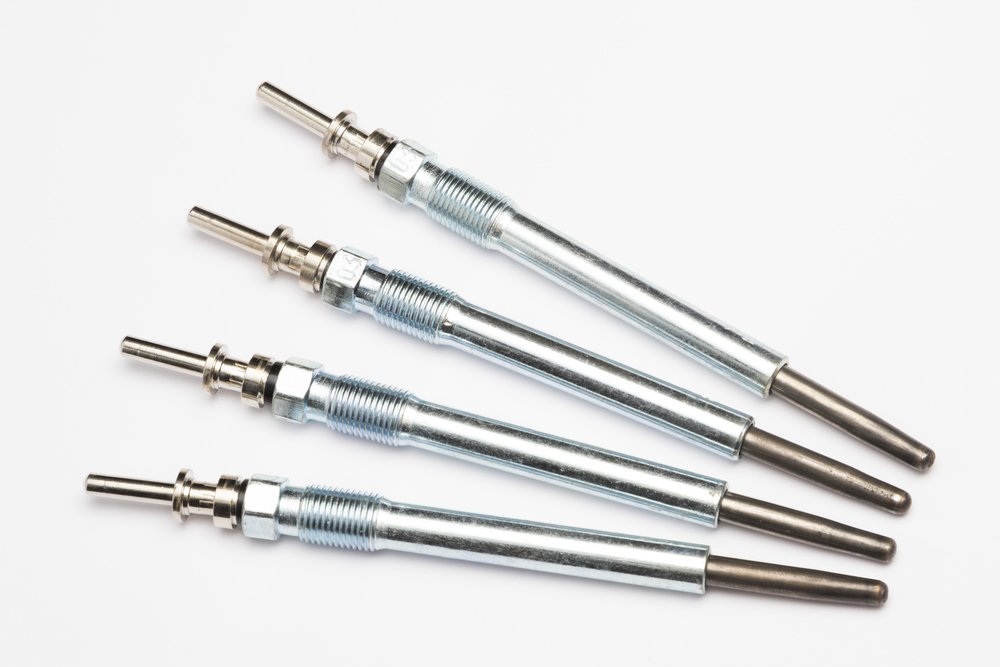 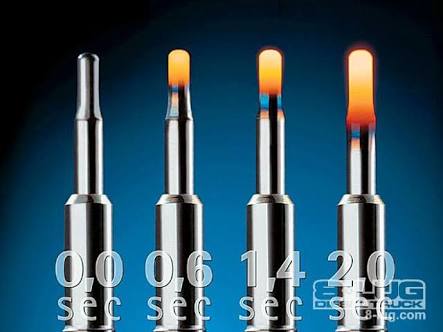 Petrol engines use spark plugs to ignite the air-fuel mixture in the combustion chamber during the power stroke of the engine. Diesel engines do not have spark plugs.They rely on cylinder pressure and temperature to ignite the fuel mixture. Since temperature can be considerably lower during cold starts and in cold weather conditions, glow plugs are used to help warm up the engine cylinders to an adequate temperature that will allow for proper combustion.

They are called glow plugs because they will glow a bright orange color when current is applied to them.

When the glow plugs have an issue,they can usually cause problems with the driveability of the vehicle. Usually bad or failing glow plugs will produce a few symptoms that can alert the driver of a potential issue.

1. Hard starting
Faulty glow plugs won’t provide the additional heat required to help the engine start normally.it causes starting problem with the engine, which may be especially pronounced during cold starts and in cold weather. The engine may require more cranks than normal before it starts
So if the fuel system and battery are working fine, it is likely that the glow plug is at fault. 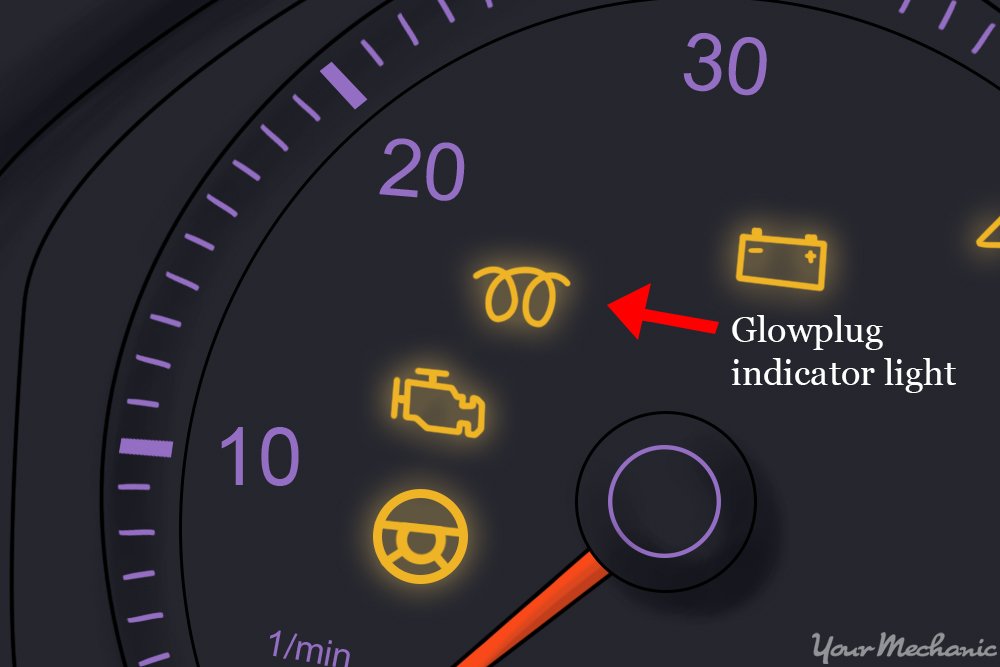 Another symptom with diesel glow plugs or their timer is an  illuminated glow plug light. This indicator on the instrument cluster that will illuminate or flash if the computer detects an issue with the glow plug system. The indicator is usually a line in the shape of a spiral or coil, reminiscent of a wire filament, and amber in color.

While replacing the glow plug is not generally considered routine maintenance, glow plugs usually have a recommended interval that they should be serviced at in order to avoid potential issues.

If your vehicle is displaying any of the symptoms above, have the car checked by your mechanic.