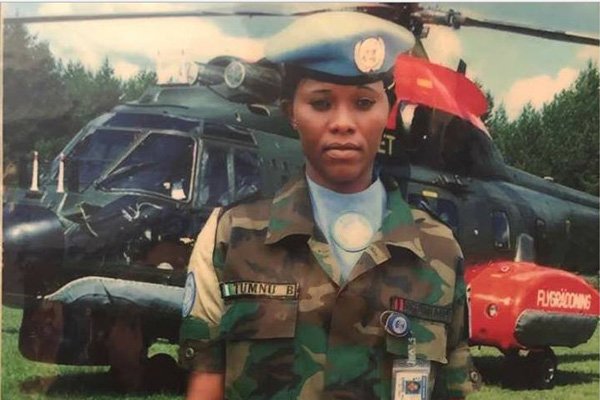 It was a tragic day for the family of a female Nigerian soldier.

Corporal Chabathiya .A. Sunama, an officer with the Nigerian army was reported to have been involved in a fatal car accident along Port-Harcourt/Lagos expressway.

The accident left her dead and her husband hospitalized.

According to relative who shared the sad news on Facebook, some years back, the friendly and cheerful combatant officer survived a bomb blast in Maiduguri, Borno state that affected her.

She also escaped a serious attack by unknown persons during her wedding in Port-Harcourt, Rivers state.

Sadly, her life was cut short by this car accident.

May the soul of the female soldier rest in peace. 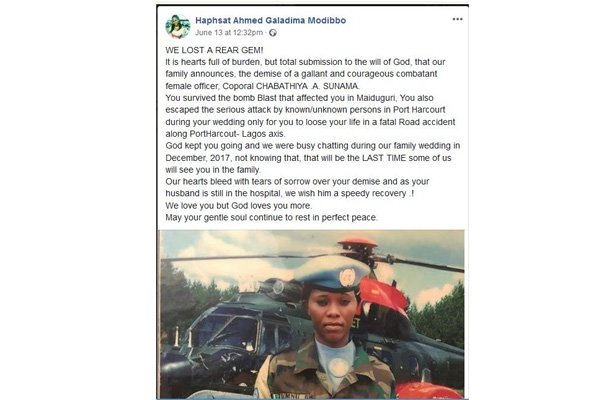