Hello folks, I stumbled on something that made me recommitted to my goal of owning a Tesla .An inquisitive person asked a very simple question “Why do people like Tesla”, and a Tesla owner gave him a reply, one of the most interesting piece I have ever read anywhere.Its so detailed you feel like you are there while its happening.

“I own a Tesla. I’ve also crashed one. See below: 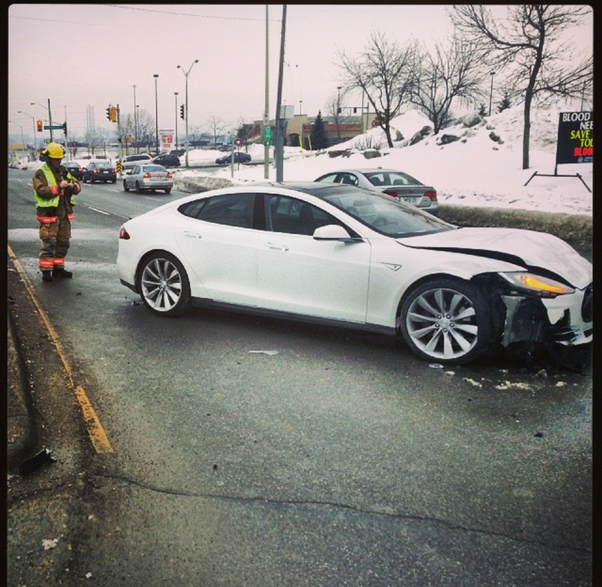 I think I’m qualified to answer. First off, I don’t like my Tesla, I love it.

I originally wanted to buy a Ferrari. It’s always been my dream car, ever since I was a kid. In early 2013, I was flying out to Chicago to buy a Ferrari 430 (my favourite model), and got screwed out of a deal. It was the best thing that happened to me.

A few weeks later, I was walking in Yorkdale Mall (the one with the famous Fashion Santa) and saw the Tesla store. This was back in early 2013 – Tesla (the Model S) hadn’t won any major awards (later that year it went on to win Car of the Year, then later, Car & Driver called it the Car of the Century). You have to remember, that in 2013 Tesla wasn’t as mainstream as it is today. It was a relatively unknown brand but I loved the lines & look of the vehicle so I decided to step into the store.

The moment I sat in the car, I immediately fell in love. I asked to take the car for a test drive, but they were hesitant and said the next test drive appointment was a few weeks out. I knew that wasn’t true. I knew it was because I was very young (I was 31 at the time – I looked like I was 26-ish). They confirmed my suspicions when they mentioned the fact that they get a lot of university kids who just want to take it out for a joyride. I explained to him that I was serious about the car and told him I was ready to fly to Chicago two weeks ago and buy a Ferrari. He smiled, probably thinking I was full of it, but I was persistent. I was interested in the car. After some back and forth and convincing him I was sincere about the car, he finally grabbed the FOB key. We walked to the underground parking (where the chargers and cars are) and walked me through how the car worked: no ignition, no oil, no gas, no need to unlock the car. Just walk up to it, the handles will come out, step on the brakes and the car is on. It was FREAKY. It’s like I travelled to the future. I couldn’t even tell if the car was on! There was no sound, no noise, nothing.

We went out for a quick spin, he asked me to get on the highway and to floor it on the on-ramp. I did. It was exhilarating. There were no gears. The car sped up so fast, I can only compare the feeling to an airplane taking off. You don’t feel changes in the transmission (because there is none); it’s just this constant, unbelievable speed. Never in my life had I been in a car that fast.

When we got back to the store, I bought the car on the spot. Literally, did my configuration in 15 minutes (I picked all the options) and debated the colour with my wife for a few minutes and ordered my P85+ in pearl white, with all the options (I can fit 7 people in my Tesla – 5 adults, 2 kids in the trunk).

That’s the back story of how [quickly] I bought the Tesla. I dropped $140,000+ on the car, on the spot (full transparency: I believe it was a $4K deposit, then the rest due when I picked up the car – regardless, the amount was the same – $140K+). That’s how much I loved the car. Believe me, nothing on the market comes close to it.

Now, here’s a summary of why it’s such a great car (and this is by no means the exhaustive list of reasons, but the ones that jump out at me as I write this answer): 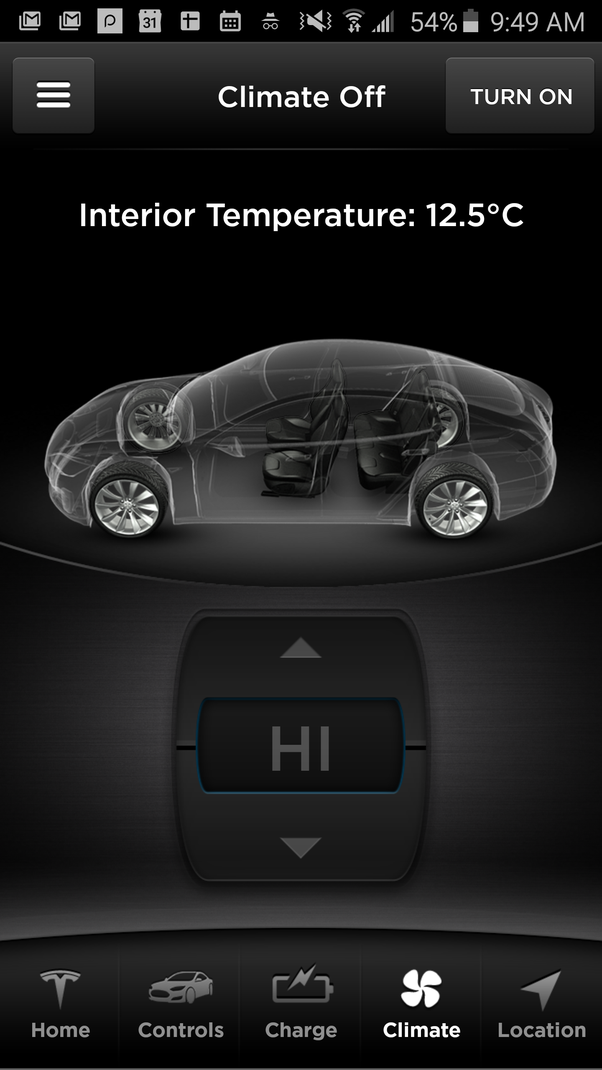 #5 Customer Service: I can go on and on about this one.

There’s a lot more I’m missing out. I’m really short on time but when I have some more free time, I’ll continue to update this answer.

I left out some crucial info – I’ll continue to update it as I have time.

Thanks to Zdenek Zee for asking the question on the charging station. Like I said in the beginning, it’s really tough to list out all the perks. I’m sure more will come and I’ll continue to update this post.

Update: Thanks very much to those who have upvoted and shared my response. It made it back to Tesla in Canada! They told me they read the answer.

Update: I’ve been a bit busy lately and forgot to post up this update. About 6 weeks ago, Tesla came by my house to pick up my car so they could take it back to the shop and put on winter tires and do their annual maintenance check.

They dropped off this beauty: The P90D. 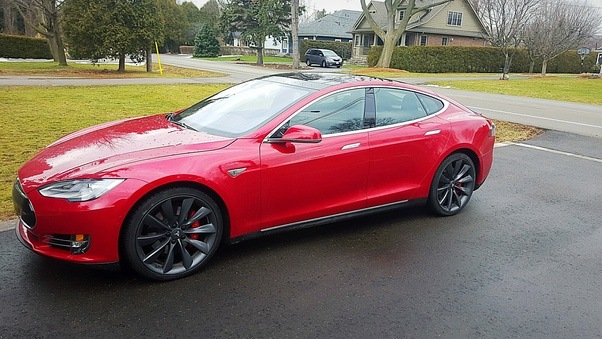 For those who aren’t familiar with this model. This is the the model that goes faster than Ferrari, Lamborghini, Porsche, etc… etc… Check it out for yourself on Wikipedia. [Update August 19th: someone correctly commented & the Wikipedia page has been updated to include the new models of the cars I list above and no longer reflects what I wrote. What I write does hold true for models a few years older when the P90D first came out].

A few things to mention:

I don’t know about you, but that is one of the most interesting analysis I have ever read.
What do you think ?