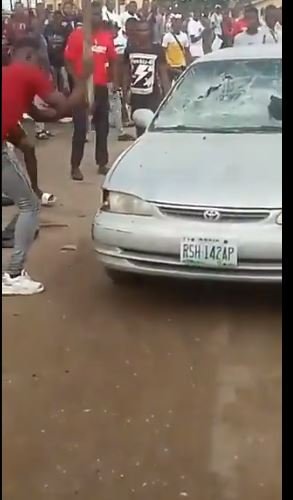 Earlier today, some students of the Tai Solarin University of Education, Ijegun in Ogun state reacted to an alleged chase of some students by SARS officials.

The students were captured destroying a car believed to belong to the SARS men.

The car was later set ablaze.

See photos and watch video below. 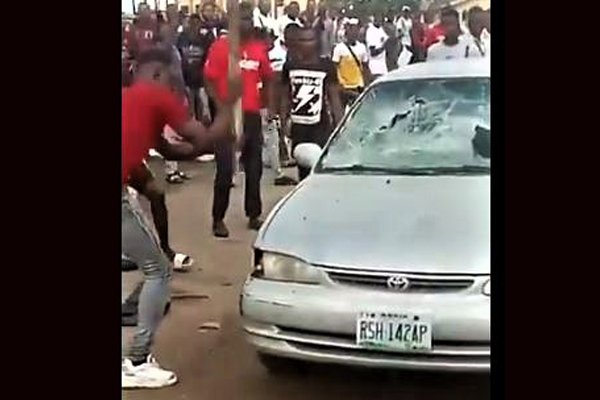 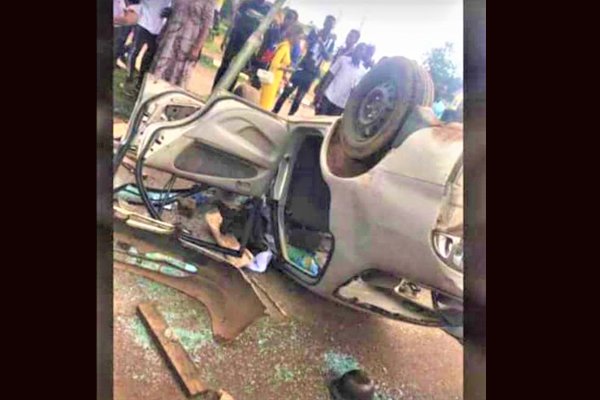 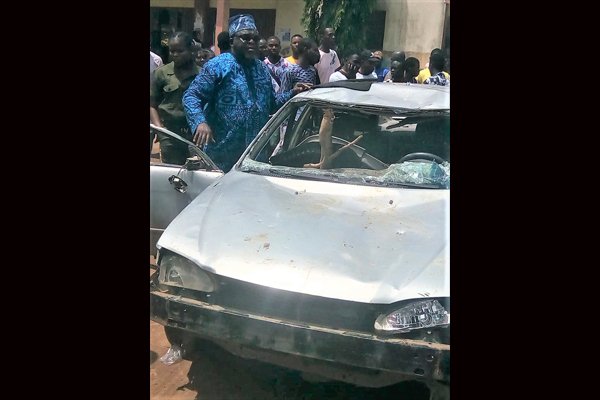 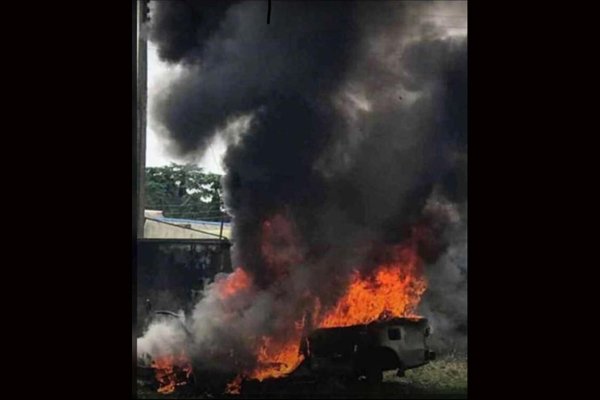 Video: Students of Tai Solarin university of education, Ijegun Ogun State destroying car belonging to some men allege to be SARs officers who chased some students into the school earlier today pic.twitter.com/UcipDeWqji VIA @ibcityannouncer