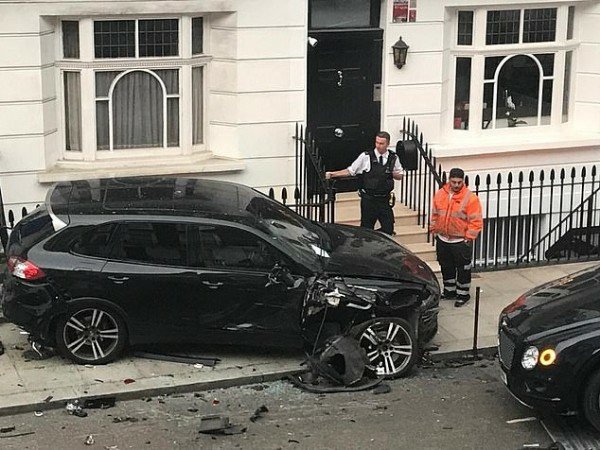 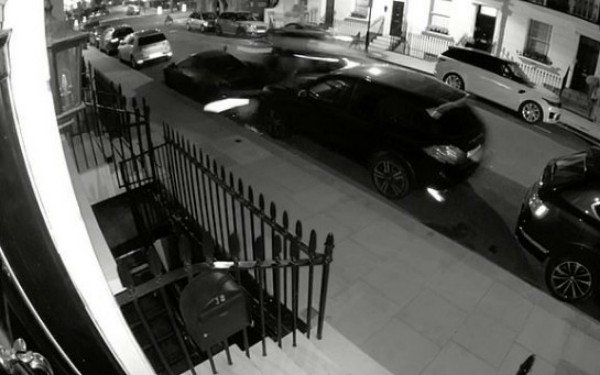 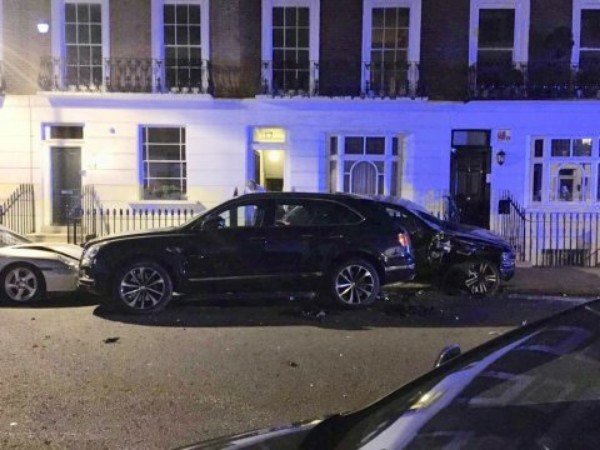 This is the terrifying moment a boy racer wiped out 11 luxury cars, including a £300k McLaren, £100k Porsche Cayenne and £200k Bentley Bentayga, a Porsche 911, two Audi Q7 model and another Porsche.

The driver of the Audi Q7 SUV was chasing a Porsche moments before losing control outside multi-million pound homes in Moore Street, Chelsea, shortly after midnight. 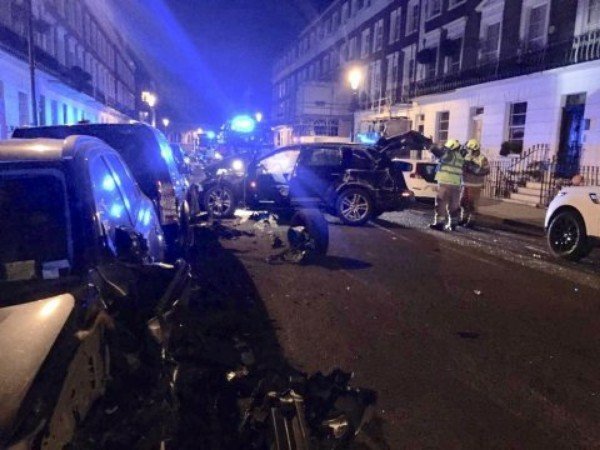 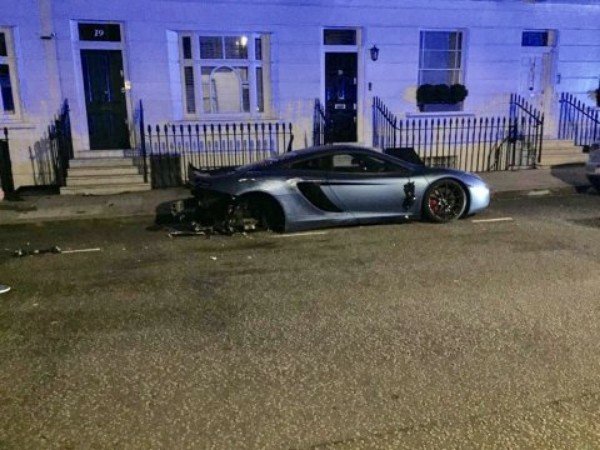 A female resident, who rushed outside her home, said:

“I really thought there had been some sort of explosion, like a helicopter coming down”.

“The driver got out. There was blood coming from his head and he started to say he was being chased. Having seen some CCTV we now know that was a lie”.

A wealthy resident, who lost a blue McLaren, the Porsche Cayenne and the navy blue Bentley Bentayga SUV, said :

“We feel lucky [not to have been hurt].” 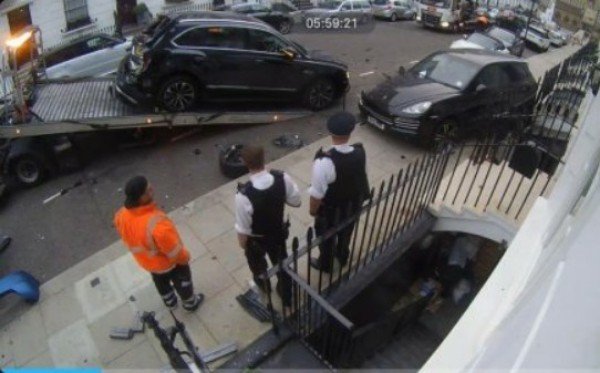 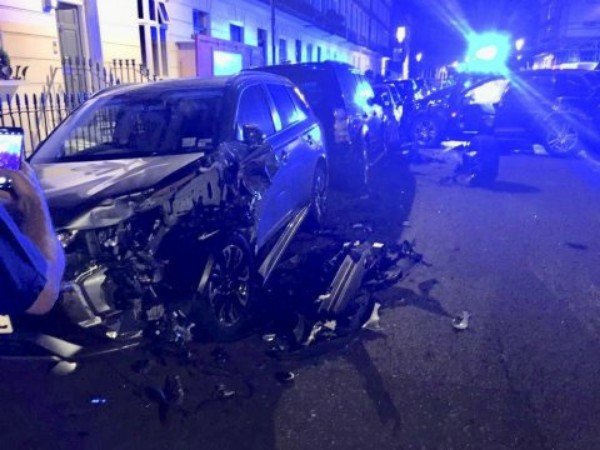 The Audi driver has not yet been arrested because he is in hospital. Residents said super cars racing along the streets, especially the Arabs, who visit London with their supercars for summer, has become an increasing problem.

Vladimir Putin Complained His Bunker On Wheels Was Too Soft, He Wants A More Brutal Version