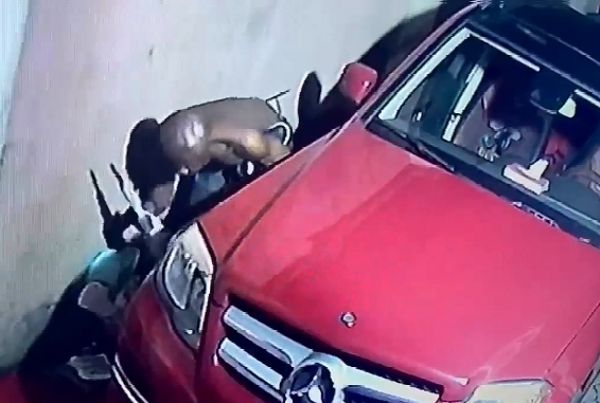 N50k reward for information leading to the arrest of thief caught on CCTV breaking into Mercedes-Benz GLK In Warri.

The notorious criminal allegedly uses charms to make people fall asleep before breaking into their compounds. Human right activist, Israel Joe is ready to pay a reward of up to N50,000 for information leading to the arrest and conviction of man who is allegedly responsible for car burglaries in Warri, Udu, Uvwie and other communities in the state.

A CCTV footage taken on August 19, 2021 and shared by Israel Joe captured the suspect breaking into a Mercedes-Benz GLK in Warri, Delta State. According to him, the suspect specializes in stealing brain box, sound and air conditioner compactments of luxury cars.

The suspect, who allegedly uses charms to make people fall asleep before breaking into their compounds, has earlier broken into a Toyota Venza SUV.

“Good news for Warri, Osubi, Udu, Uvwie and environs. The criminal in this video is responsible for breaking and using master keys into people’s cars to steal brain box, sound and Air condition compactment especially in Airport road area. 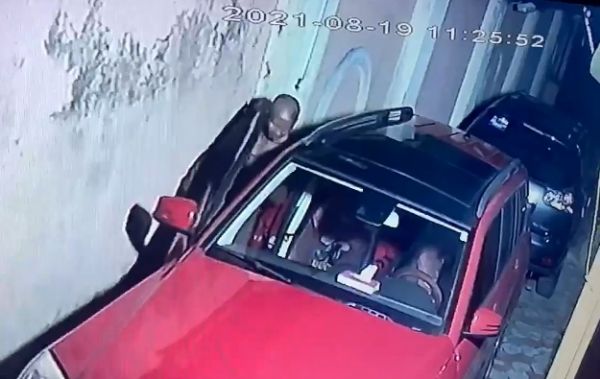 “He never knew CCTV has been installed in a compound where he previously carried out the act and he came again last week first into the Venza and then he entered the GLK Benz and stole again with the CCTV capturing him,”

“He also used fetish method in entering people’s house, cause them to sleep and steal their properties. The case has been reported to B Division Police station, Warri. 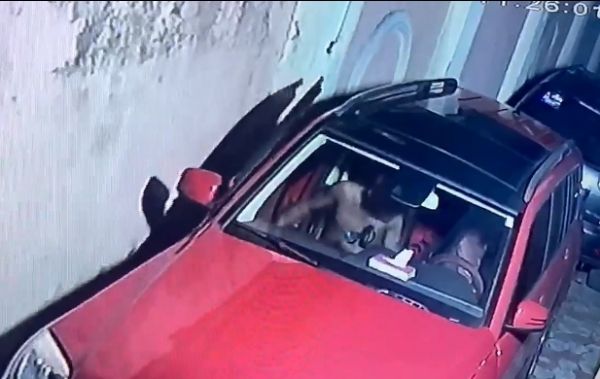 The Mercedes-Benz GLK burgled by the thief in Warri is a compact luxury crossover SUV produced from 2008 to 2015, debuting at the 2008 Beijing Auto Show.

The name GLK is an acronym for Geländewagen Luxus Kompaktklasse, taking its name from larger Mercedes-Benz GL-Class, which in turn was named after the G-Wagen or Geländewagen.

Nigeria’s Ex-petroleum Minister Ibe Kachikwu : Why My Jaguar Sports Car Was Impounded In The US