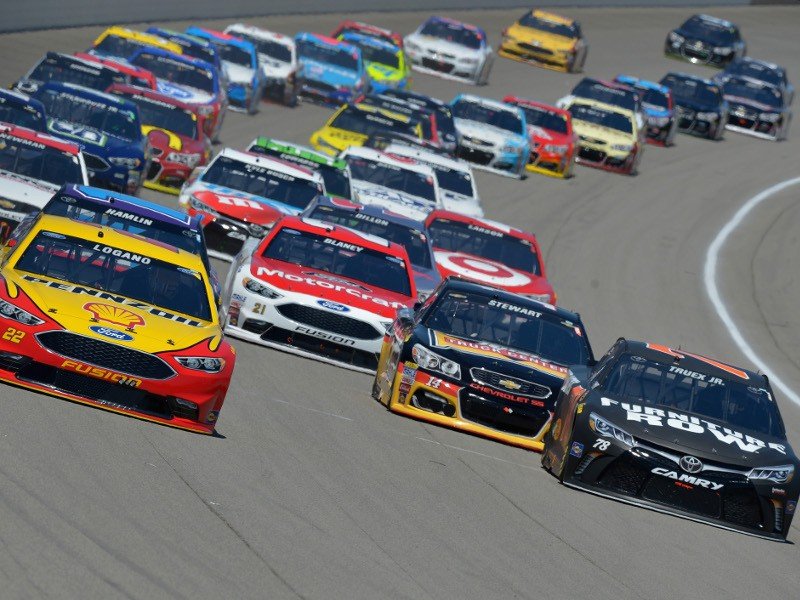 Car racing teams,whether in Formula One,NASCAR,IndyCar Racing or dirt track,have always sought to build the fastest and best-performing cars possible.They’ve enlisted some of the top car designers and engineers to help with the job.When car racing has a breakthrough,it is almost always applicable in some form to mass-produced cars.
As a result,race technology has influenced many of the components of the car sitting in your driveway.

The following are 10 technologies and features which have become inseparable part of a regular car but were actually meant for race tracks.

1)Safety
In open wheel racing like Indy Car racing or Formula One racing,the car’s body is made of strong carbon fiber,designed to protect the driver during an impact.In NASCAR and drag racing,a roll cage protects the driver.The roll cage is a network of steel tubes that absorbs impacts,protecting the driver.Production car safety cages are well-hidden beneath the carpet,headliner material,door trim and other interior features that race cars simply don’t have.

3)Anti-Lock Braking System (ABS)
With the increase in accidental deaths,more and more carmakers are equipping their products with safety feature and ABS is on the top of the list.
In disc brakes,the ABS system prevents the brake pads from locking on to the brake disc by constantly varying the pressure applied on the brake pads without compromising much on the braking efficiency.

4)Electronic Stability Control(ESC) or Traction Control(TC)
This technology allows the driver to go around corners quickly without losing control.ESC is now used as an essential safety feature in many street cars.It prevents wheel spin by cutting the engine power whenever necessary.In case of four wheel drive,cars ESC system decides the amount of power going to each wheel while delivering the maximum power through the tires.

5)Turbo and Superchargers
They are used in race cars to extract greater horsepower per litre.However Turbo and Supercharger today has become a part of in various street cars may it be TDI engines (Volkswagen) or ECOBoost engines(Ford),all of these engines have turbochargers or superchargers or even both to boost the performance of the engine without having a massive impact on economy.

7)Kinetic Energy Recovery Systems (KERS)
The technology was first featured in F1 cars in 2009.It is a system used in race cars to harness the energy released from the brakes in order to obtain additional power boost. KERS is now used in hybrid cars to obtain higher mileage whenever the driver presses the brake pedal.

8)Alternate Composite Materials
The first race car to have a carbon fibre monocoque chassis was the Mclaren MP4/1, The sole purpose then was to make the car lighter and increase their power to weight ratio for better performance,and it’s starting to appear(in small amounts)on production cars,mainly as decorative accessories.

The problem:It’s too expensive to use on most cars.

9)Aerodynamics
In simple terms,aerodynamics is how the air flows past the car when in motion.Better use of aerodynamics not only reduces the friction applied by air,it provides necessary down force which aid in high speed cornering and better stability.The shape and design of the car play major role in optimising the aerodynamics.That is one of the reasons,big cars of today are much more economical than their predecessors

10)Steering wheel mounted controls
Used in race cars to change various settings of the car on track and to obtain suitable setup,this system is now applied in various street cars to provide convenience to drivers by allowing them to operate the infotainment system,cruise control and a few other features of the car without lifting their hands form.

11)Rearview mirror
In the early 1900s race car drivers discovered that they could use mirrors to spot the competition approaching behind them.Ever since,rearview mirrors have become an invaluable safety tool for millions of drivers. It’s a pretty ho-hum piece of car tech,but like a lot of everyday car technology,it has a racing pedigree.

See Related Post:   This N166m Zarooq SandRacer 500GT Is The Next Big Car From UAE (Photos)

Helpful Tips On How To Identify Automotive Fluid Leaks