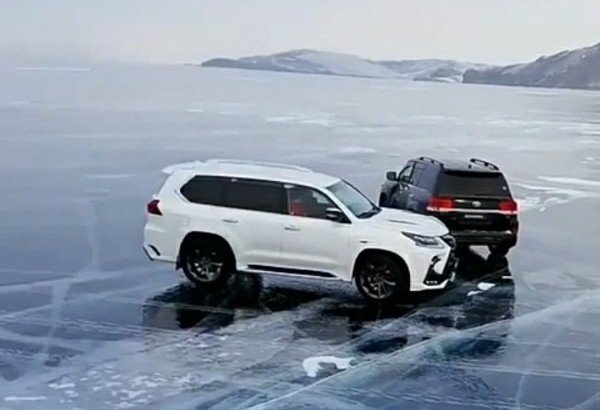 During an amazing ice-drifting on a frozen lake in Russia, a Toyota LC200 and a Lexus LX570 had an unintended collision which forced the drivers to abandon the video shoot. But the damages weren’t severe. 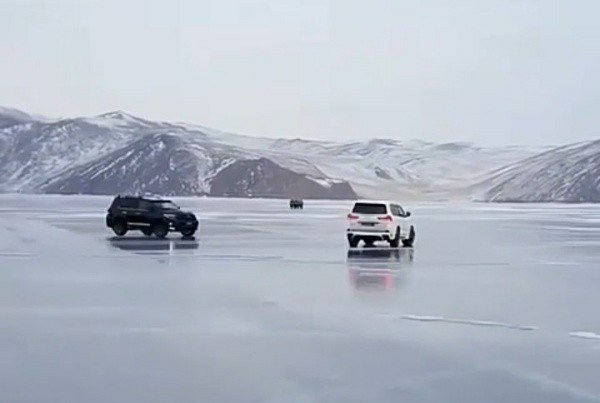 Ever wondered how a Sports Utility Vehicle looks like while drifting on the ice. For a video shoot, Russian Toyota and Lexus part seller, KHANN, took not one but two SUVs to a frozen lake in one of the coldest regions of the world. 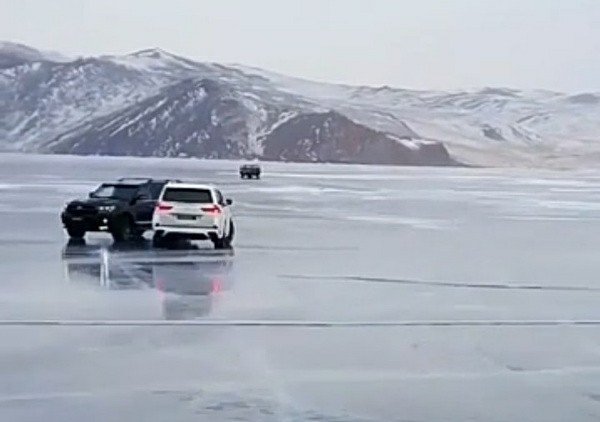 During the amazing drift, the two large SUVs had an unintended collision which forced the drivers to abandon the video shoot. But the damages weren’t severe.

The Toyota LC200 and Lexus LX570 SUVs are cousins under the Toyota Motors umbrella. Despite the difference in styling, these massive SUVs share the same platform and drivetrain.

Both SUVs ride on the same 112.2-inch wheelbase but the Lexus LX570 has a larger body. 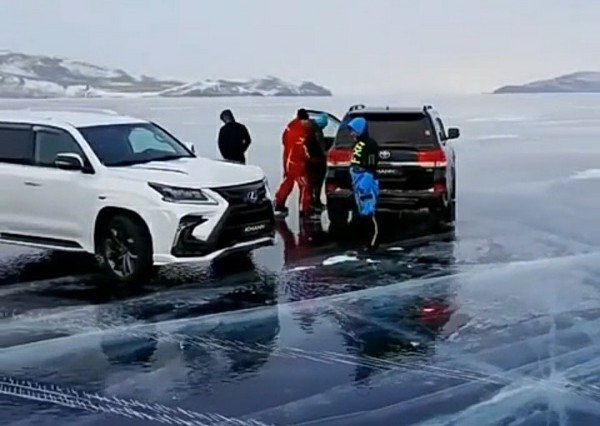