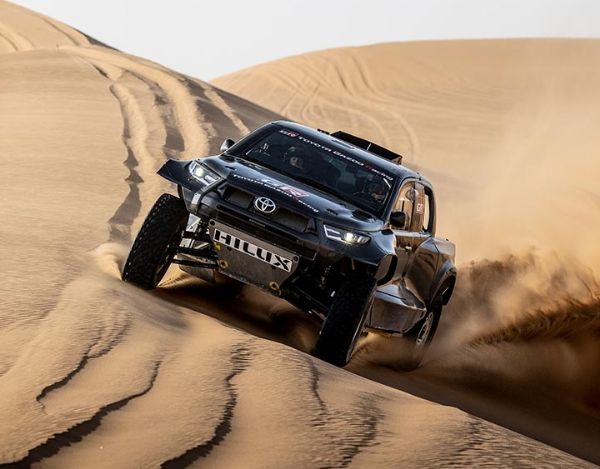 The Hilux T1+ features a host of improvements including bigger running gear and more suspension travel. 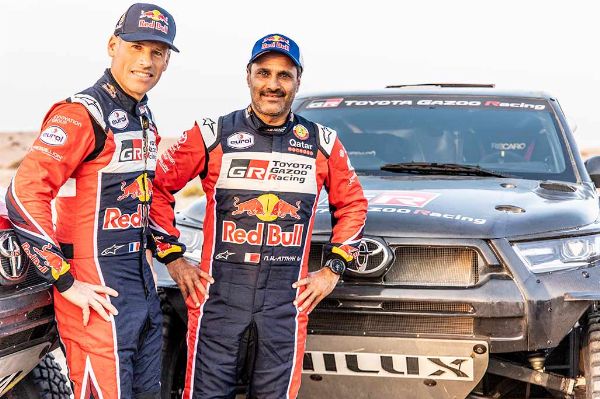 Toyota Gazoo Racing has announced a four-car team as well as unveiled four (4) Hilux-based off-roader that it will field at next year’s Dakar Rally kicking off on January 2 in Saudi Arabia. 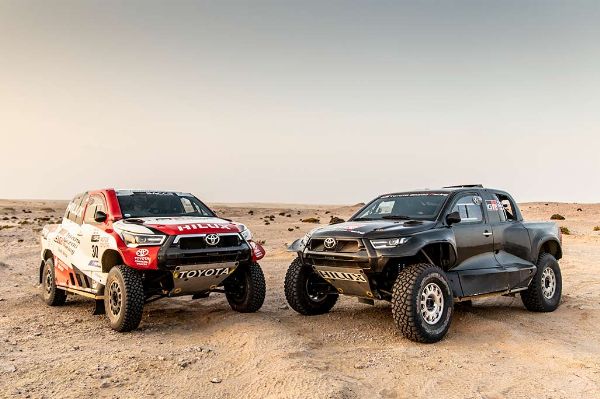 The team will be fielding an all-new Toyota GR DKR Hilux T1+, which conforms to the updated regulations for the T1 category. The prototype car, in temporary raw carbon fibre finish, is currently undergoing testing in preparation for an official reveal later in 2021.

Following Toyota Gazoo Racing’s philosophy of “making ever-better cars”, the team has continued to refine the Hilux and the latest iteration will spearhead the team’s Dakar Rally campaign. 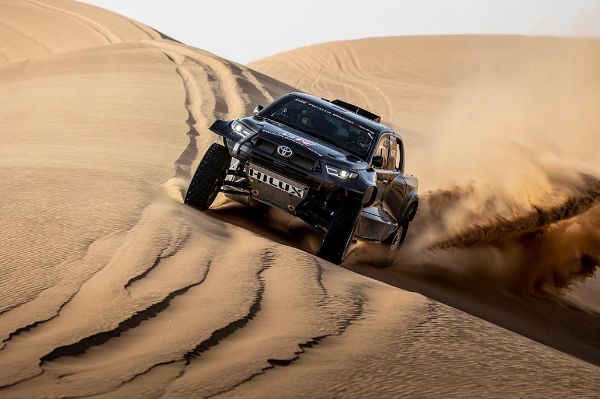 For 2022, the new version of the Toyota Dakar Hilux, the Toyota GR DKR Hilux T1+, will share components with the race-proven Hilux that was first introduced in 2018, and won the race in 2019.

But it will feature a host of improvements including bigger running gear – tyres of 37 inches, up from 32 inches, and more suspension travel with the previous limit of 280mm now increased to 350mm.

Dakar 2022 will again be based solely in the Saudi Arabian desert. The race will start on January 2nd in the northern city of Ha’il, before traversing southward to the Empty Quarter. The rest day will be in the Saudi capital of Riyadh on January 8th, before the race heads south-westward to the finish in the city of Jeddah on January 14th.