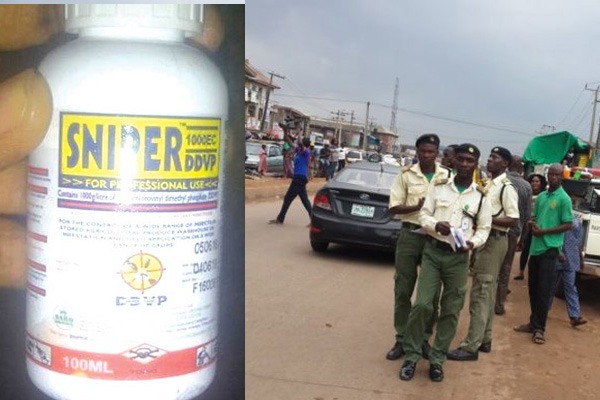 A tragedy occurred in Abeokuta on Monday when a man identified as Fatai Salami drank an insecticide, known as snipper and died. It happened at the office of the Ogun State traffic agency – Traffic Compliance and Enforcement Corps (TRACE).

According to NAN, Salami was allegedly asked to pay a fine of N215, 000 for violating the COVID-19 law in the State.

It was also reported that Salami’s truck was seized by officials of TRACE and has been in their custody for five days over the alleged N215,000 fine. 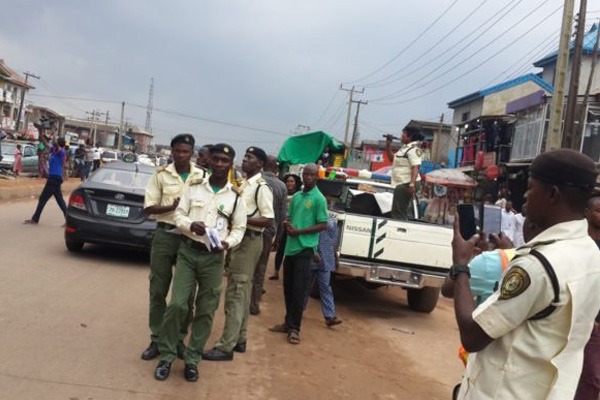 Sources who also spoke to newsmen said that the deceased’s truck was seized by the officials from his driver in Abeokuta on Thursday for flouting the social distancing rule and also for failure to use face masks.

He was said to have followed his driver to the premises of traffic agency to plead for the release of the truck but decided to take his life after being frustrated by the non-release of the vehicle.

However, the Public Relations Officer of TRACE, Mr. Babatunde Akinbiyi, while confirming the death of the deceased insisted that he was neither a truck owner nor a driver.

“The man was neither a truck driver nor a truck owner.

”One of our commanders and people around saw him sitting on the floor and they asked him to stand up.

“As he stood up, he brought out something from his pocket and drank it.

”By the time we discovered that it was a snipper he drank, one of his bosses who saw him attempting to drink it screamed, but before help could come, he already drank it. 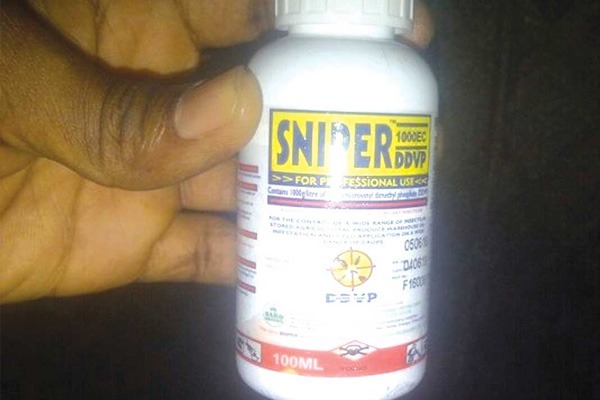 “However, he was rushed to the General Hospital Ijaiye where he gave up but the case has been reported at Ibara police station here in Abeokuta,” he said.

He also denied the allegation that TRACE fined the deceased N215,000 for flouting the COVID-19 law.

“This is not true. It was later we found out that he was a manager of a fleet of trucks owned by somebody else and one of the trucks was penalized for violating traffic rules.

”We also discovered that the owner of the truck had warned him to ensure he returns with the truck or risk sack.

“Who knows, maybe that’s why he killed himself. It is so sad and very unfortunate.

“He was neither a driver nor a truck owner, what he came here to do nobody knows.