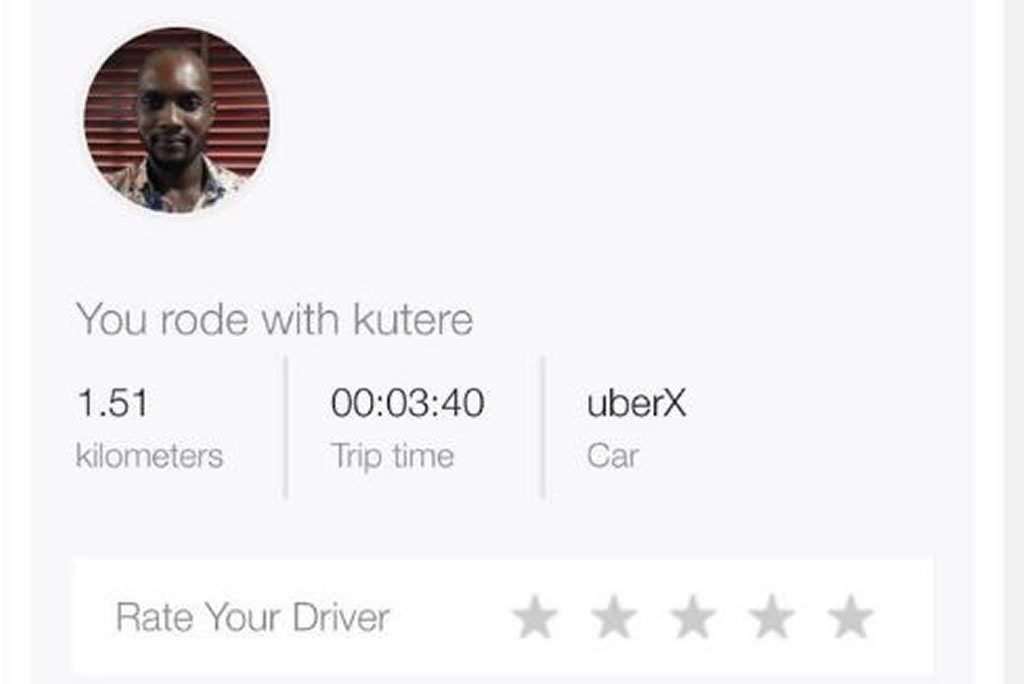 Ese Osagie has cried out on Twitter that everyone should be careful when riding Uber at night. As she was almost robbed by an Uber driver last night. She said “I boarded the cab from Isaac John in Ikeja to Ikoyi, but the driver started to act funny and aggressive immediately I stepped in. I had to open the door on motion and jumped off immediately the car stopped.”

She also said the driver even chased her with his car after she made her way out of the car.

At the end of it all, she was charged by Uber after the driver left her in the middle of the highway in Ikeja. Uber has said the driver who is identified as Razaq Kutere-Aga will definitely be dismissed. 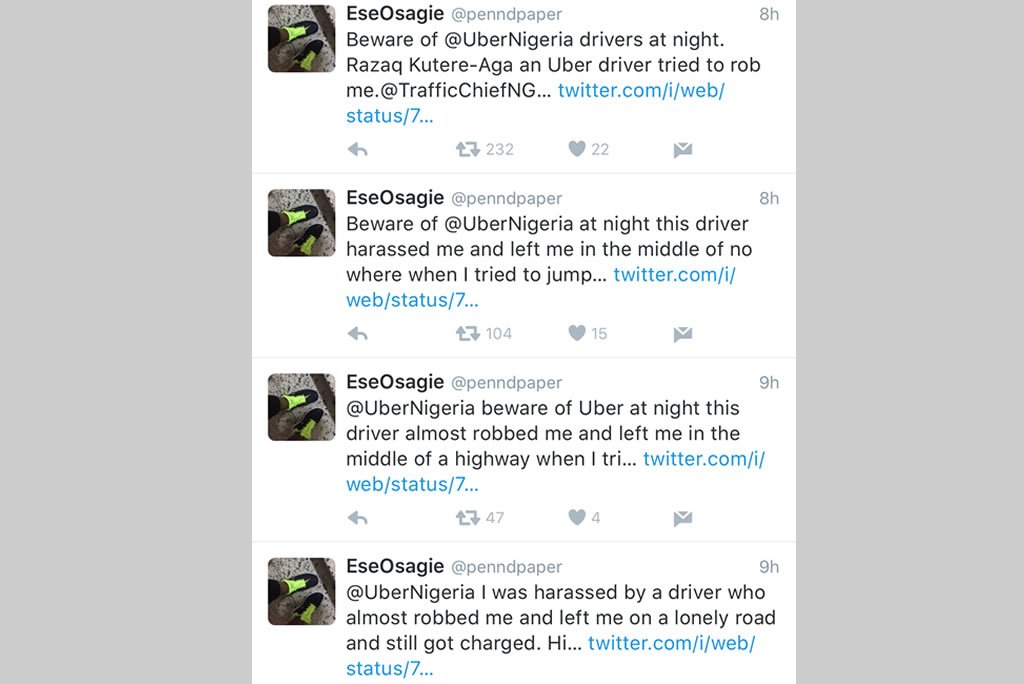 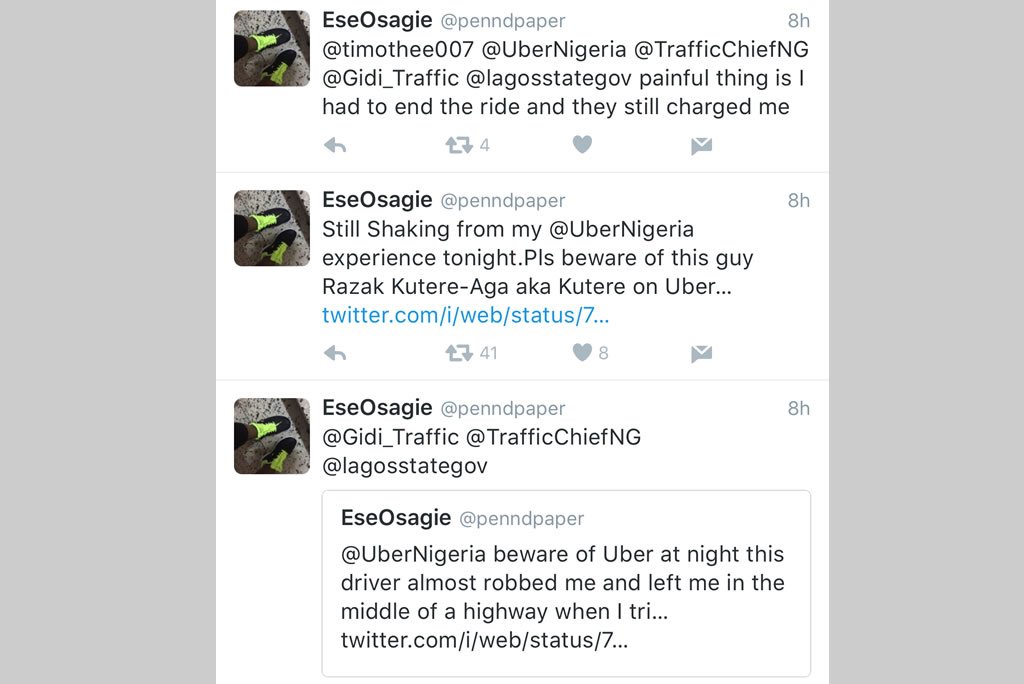 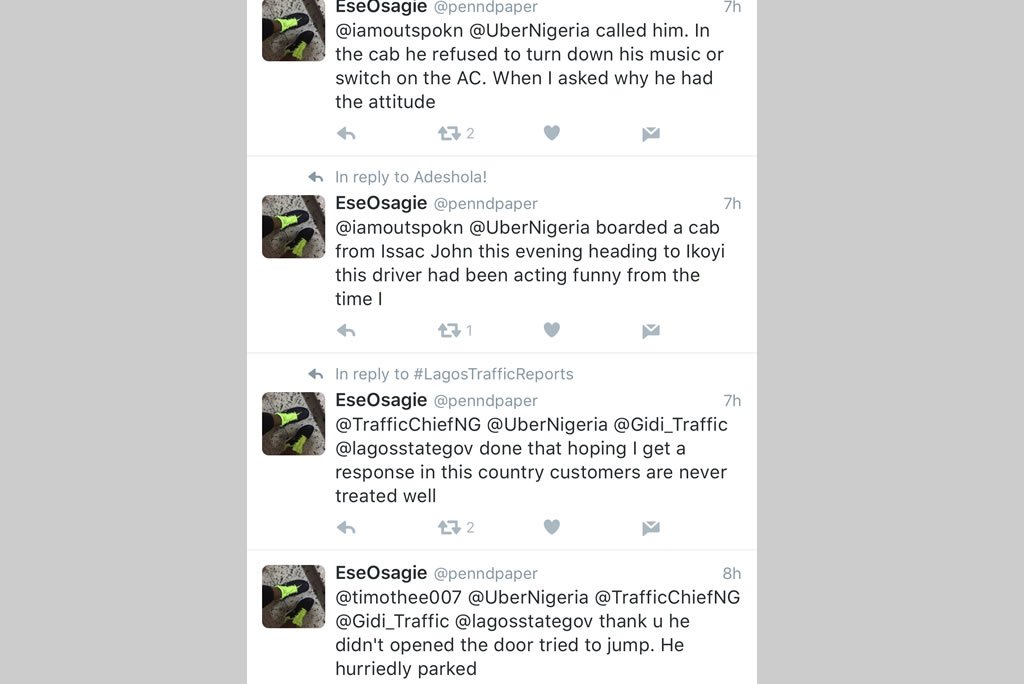 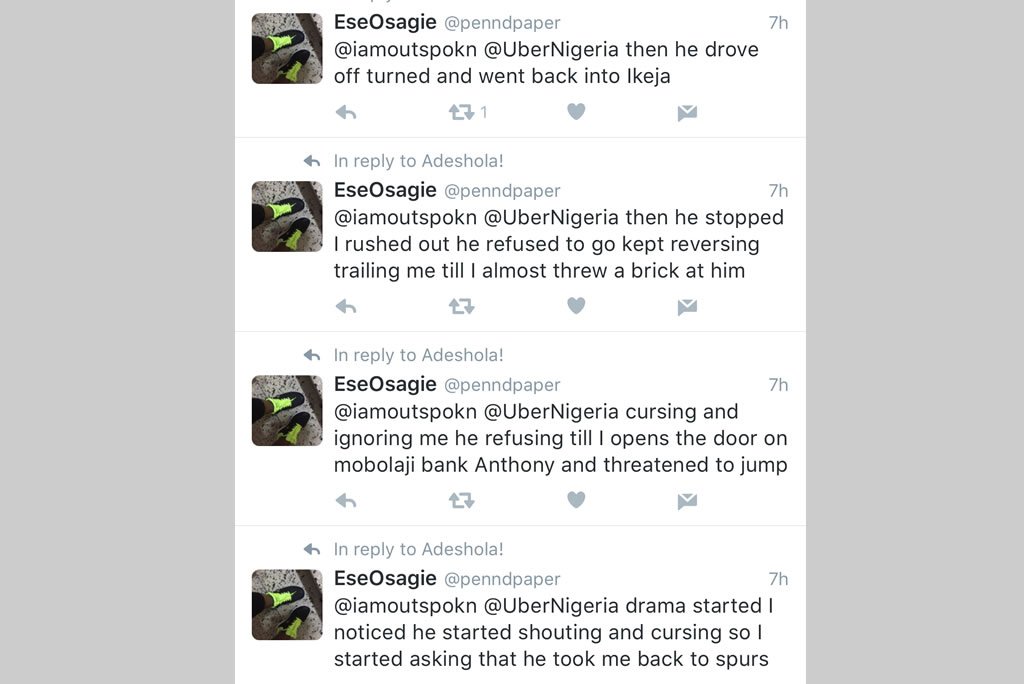 Made in Nigeria vehicle used by soldiers to detonate IEDs