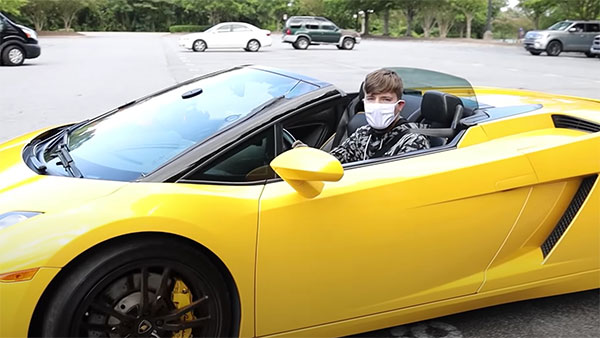 YouTube’s favourite philanthropist, Mr Beast, has yet again made dreams come true on his first day as an Uber driver, by handing out free cars, including a Lamborghini to the passengers he escorted.

22-year-old Mr. Beast has become one of the most popular creators on YouTube. Since the start of his YouTube career in 2012 at age 13, he has managed to accumulate over 45 million subscribers, just on his main channel alone.

As his success has snowballed, the YouTuber (real name Jimmy Donaldson) has been able to facilitate even grander videos, with even more insanely expensive gifts for his subscribers, family, and friends, as well as people in need.

To share his wealth with total strangers, he set up a Uber driver account to meet with people who needed a ride. The twist was that at the end of every ride, Mr Beast would give the passenger the car they were driven in.

Video Of The Uber Rides And The Lamborghini Gift

While he drove around with his new customers, his friends rode behind them in a surveillance van, feeding him lines and planning their big reveal. They each took a turn at handing out a car and challenging each other to behave weirdly as the driver to make things a little extra tense.

One passenger did manage to figure out that the driver was Mr Beast, but the others were in total shock and awe when they discovered they’d be able to keep the car. One person said they’d give the car to their mom who needed one, and another was relieved to receive the car after his own car had broken down. 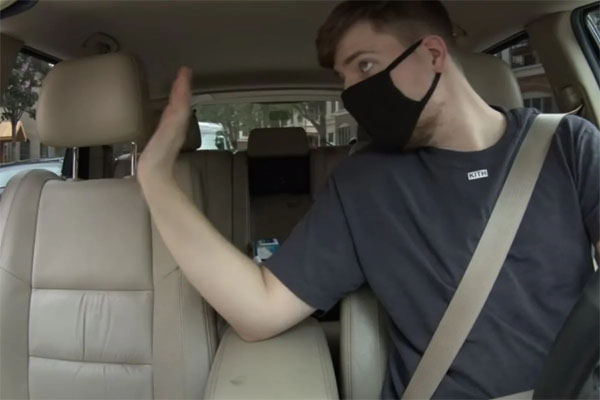 Mr Beast as an Uber Driver

The final, and arguably the luckiest passenger, was grateful just to be picked up in a Lamborghini, calling it “surreal.” His disbelief was off the charts when he found out that he’d be able to keep the stunning car.

With Mr Beast having fun being an Uber driver for a day, it has fans wondering where else the huge YouTuber could pop up, and if they’ll have a chance at winning a life-changing prize.

What will you do with the gift if you were the Uber rider that won the Lamborghini Gallardo?