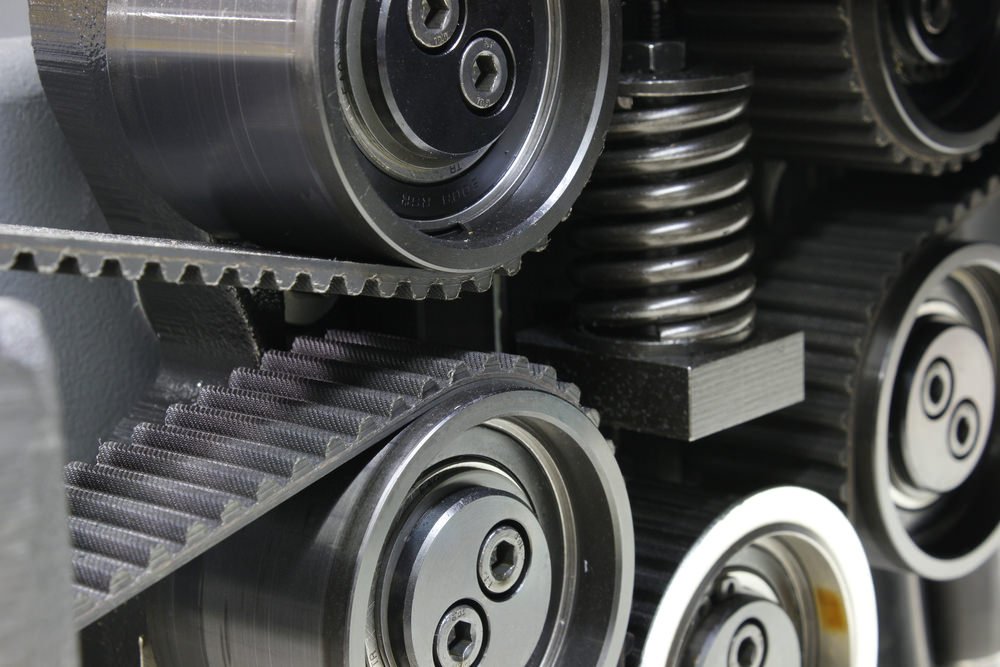 Your car’s engine has a number of mechanical parts attached to it that perform essential functions like delivering power(the alternator), cooling your engine (the water pump),helping you to drive more easily(the power steering pump)and keeping you comfortable(the air conditioner compressor).Without a drive belt, none of these parts would work.

The purpose of drive belts is to deliver power between different engine components.They work by means of friction between the belt and pulley,which is why loose belts can cause various components to work poorly,or not at all.

Different types of drive belts and how they work in your car.

V-Belts
Some vehicles have multiple belts,called v-belts,that come off the crankshaft of the engine to drive the alternator,the air conditioning compressor,the power steering pump and the water pump.In older vehicles,v-belts were the standard.

Serpentine Belts
A serpentine belt is a single,long belt that drives all the engine components that would otherwise be powered by multiple v-belts. Serpentine belts are most common in newer cars,and are essentially the standard for the modern vehicle.

Timing Belts
The timing belt is also sometimes called a camshaft drive belt.It is a notched belt,made of rubber,that enables the crankshaft to turn the camshaft,and opens and closes the engine valves synchronously with the pistons. In late model vehicles,the timing belt has essentially replaced the metal timing chain.

V-belts: If a v-belt is failing,it will squeak,and accessories may not work properly.If it fails, the accessories that it powers will stop working.Causes can include ordinary wear or fluid contamination.

Serpentine belts: If a serpentine belt is failing, accessories may not work properly,car may be hard to start or not start at all,and the belt may emit a squeaking,screeching or chirping sound.Causes can include cracking,wear or stripping,fluid contamination and poor belt tension.

Timing belts: If a timing belt is failing,your car may idle rough,or you may hear a slapping sound from the motor compartment.If it fails, your car will not work at all.There is also a possibility of serious damage to the valves and pistons.Causes can include wear,slipping or fluid contamination.

Road dirt,oil, water,and excessive heat are all enemies that can cause drive belt problems, so you should make sure that your car isn’t leaking oil,and that when you’re topping off your oil you do it carefully.Make sure that your engine undercover isn’t missing or damaged, since it is your first line of defense against contaminants that you can pick up on the road.

Recommendations
You should have your vehicle checked by a mechanic regularly in order to determine if your belts need to be adjusted or replaced.Timing belts are generally long-lived,but given the potential consequences if the timing belt fails,the importance of regular check-ups cannot be over-estimated.
Serpentine belts usually need to be changed about every 50,000 miles.It makes no sense to keep driving with a worn or damaged belt,because eventually,it will break and you’ll end up stranded and possibly needing expensive repairs

Littering Your Car Can Cause A Deadly Accident – Read This