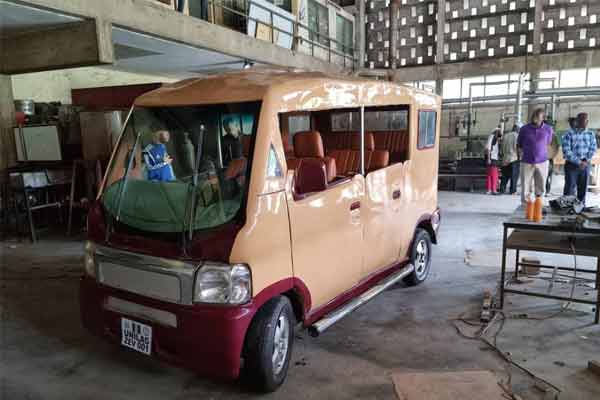 The university of Lagos has carried out a test-run on a zero emission vehicle produced by the institution.

The vehicle was designed to eliminate carbon emissions associated with internal combustion engines, as well as minimise acoustic noise when in operation.

The institution’s Deputy Vice-Chancellor, (Academics and Research), Oluwole Familoni, disclosed this in an interview with the News Agency of Nigeria (NAN) on Sunday in Lagos.

According to him, the production is an invaluable addition to the university’s efforts at preventing the release of toxic emissions to the environment.

He said the initiative was also to encourage indigenous engineering innovation.

According to Mr Familoni, is a 63 per cent hardware and 100 per cent software home-made (Akoka content) mechatronics automobile device.

He noted that the Vice-Chancellor of the university, Oluwatoyin Ogundipe, had inaugurated the UNILAG Zero Emission Vehicle team in 2018.

The team is led by Samson Adeosun, a professor in the Department of Metallurgical and Materials Engineering.

Mr Familoni, a professor pf Chemistry, told NAN that in line with the universal drive to minimise global warming, the vehicle was designed to eliminate carbon emissions associated with internal combustion engines, as well as minimise acoustic noise when in operation. 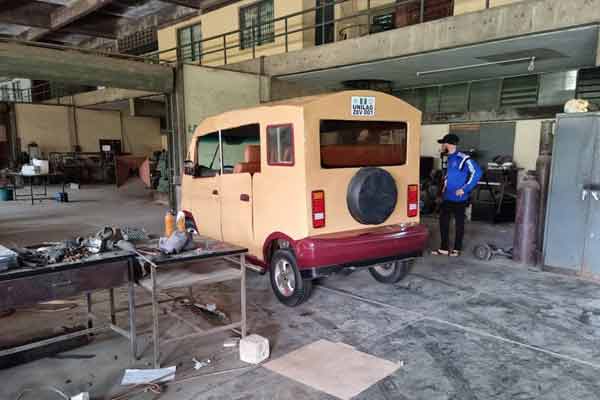 ”Although the drive train functionality is presently exhibited with six-passenger Sport Utility Shuttle Van platform, it can be reconfigured to support 18-seater commuter bus.

”In its exhibition form, the drive train Energy Management System (EMS) is programmed to deliver ultra-low-power supply to realise maximum range per battery charging cycle at campus shuttling speed of less than 20km//hour.

”On highways, during intra or inter–city transits, the EMS is programmed to adaptively overwrite the shuttling mode and still minimise energy consumption.

”These user-specific features are absent on assembled imported Completely Knocked Down (CKD) components of electric vehicles that have been reported in Nigeria to date,” Familoni told NAN.

He added that the UNILAG ZEV came with an on-board auxiliary power supply system.

The professor of chemistry said the energy backup was available to the driver via a ‘please take me home switch’ on the dashboard.

According to him, the vehicle runs on an improvised refurbished Nickel Hydride battery that delivers up to five-kilometre range per charging cycle when operated in Campus Shuttle mode.

”The range is extendable to 350km at optimum average speed of 110k/hour at highway mode, when appropriate lithium ion battery is installed.” 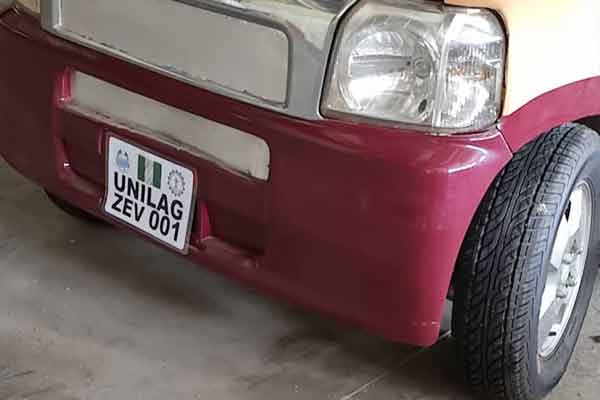 Commenting on the development, the Vice-Chancellor of the institution, Mr Ogundipe, said the product was proof that the institution was neck-deep into demand-driving research.

He said that if given more support, the university would do more.

”We need more support for funding research,” he said.

Other members of the team that assembled the ZEV include Akinfenwa Fashanu of the university’s Systems Engineering Department, Mohammed Usman (Chemical Engineering), and Adeola Balogun (Electrical and Electronics Engineering. (NAN)

On Thursday, the Deputy Vice-chancellor (Academic and Research), Professor Oluwole Familoni did a  test-drive of the zero Emission Electric car.

The car was driven around the campus by a student working with the team.

The car is without noise or emission and it fully electric, it was built by a team that comprises of some staff at the faculty of engineering and some student.

This is all part of some undergoing projects the university is working on to produce creative minds to power the nation in the current electronic age.