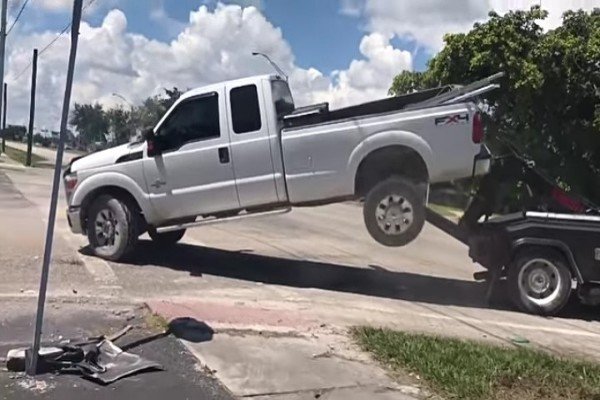 The owner of this white Ford F-150 pickup was forced to chased the tow vehicle in order to recover his beloved car.

What happened next was the real tug of war (tow) that ended up damaging the back of the pickup.

“Shortly after this vehicle had been taken away from the registered owner, that person chased our employee a couple of miles and then hopped in his pick up truck to supposedly grab some personal belongings.

The rest is what you see on video. Due to a chain being attached to the truck he was not able to drive off. The police showed up and arrested the guy.” 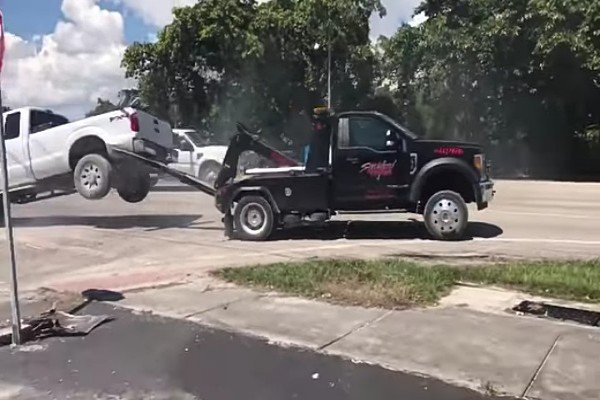 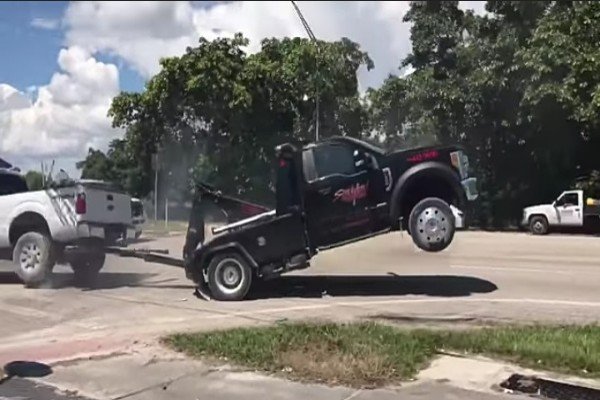 The truth is once the tow hook grabs your car , then it’s officially in possession of the tow company.

Do you think this kind of fight is possible between a car owner and a towing company in Nigeria?