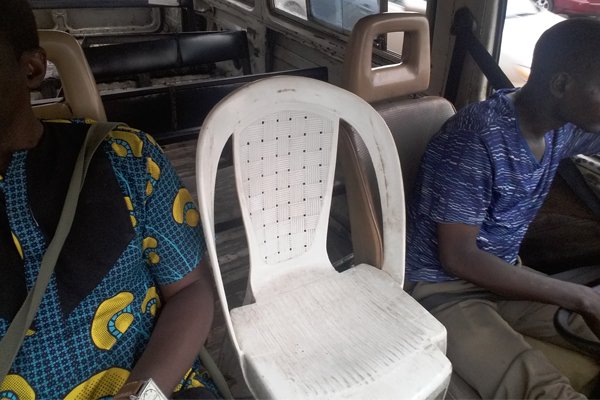 Why Are These Types Of Seats Allowed In Danfos?

Danfo is one of the commonest means of transportation in Lagos state. This mass transit vehicle is notorious for a number of traffic shenanigans. It is also not the most comfortable medium to commute with. In fact, comfort is the least consideration when boarding one.

However, one thing that has become a common feature of danfos is the awkward seating contraptions that are found in them. These contraptions typically come as a wooden stool or an outdoor plastic chair that is integrated into the seating arrangement.

These seats are typically placed in the space in-between the driver and the front-seat passenger’s seat.

It is placed there to increase the seating capacity of the vehicle – and by extension, extra income is generated for the driver and conductor.

These seats are unattached to the vehicle, which makes them dangerous. A passenger sitting on it can be thrown out through the windscreen if the brake of a mobile danfo is applied suddenly.

Other odd seats that are commonly found in danfos include wooden (kpako) seats used instead of cushioned ones.

With their potential for causing death, why are these types of seats allowed in Danfos? 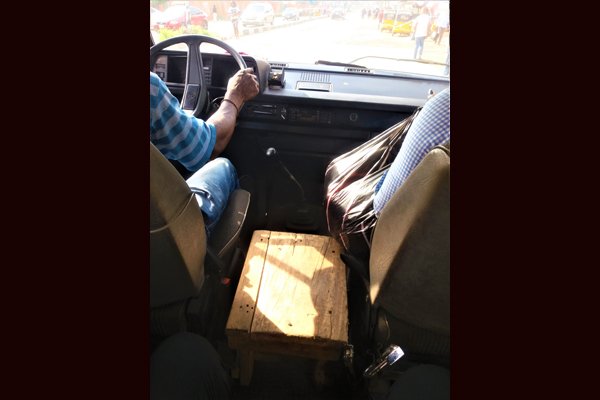 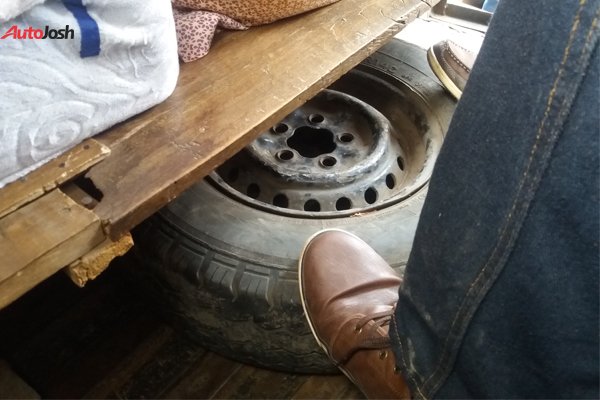 See How This N7.3Billion Yacht Was Wrapped In Gold (PHOTOS)