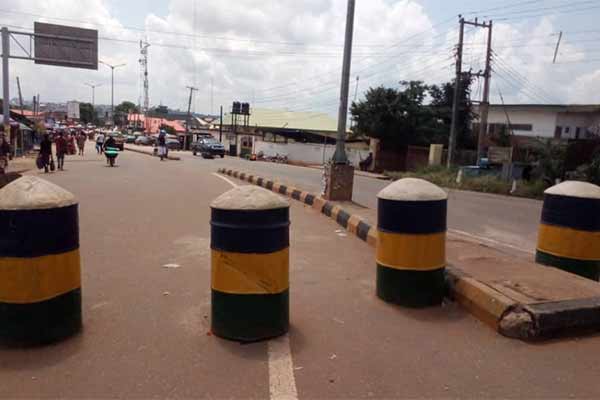 The blockage is designed curb the recent increasing insecurity in some parts of South East Nigeria.

The Anambra State Police Command has blocked roads leading to the Command’s headquarters, Amawbia, in a bid to curb sudden unknown gunmen’s invasion leading to the recent increasing insecurity and burning of police facilities in some parts of South East Nigeria.

The road blockade was part of measures to secure government facilities in the area from being destroyed by hoodlums.

It was observed that the roads which have been blocked for more than a month now were those leading to Nibo, Mbaukwu and Umuawulu communities. Meanwhile, since this time, commuters and businesses around the areas have been adversely affected. 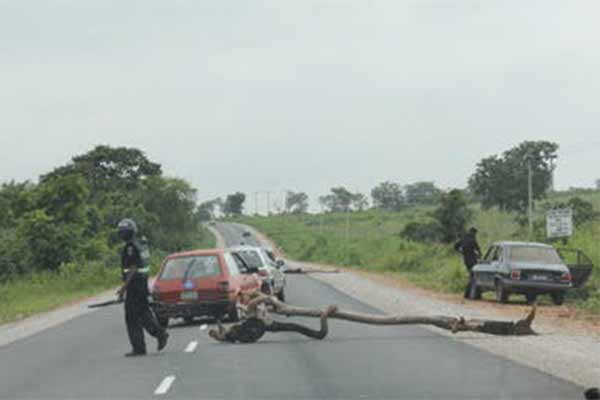 Speaking to journalists, the Police Public Relations Officer, Anambra State Command, DSP Tochukwu Ikenga, explained that it is indeed a trying time for everyone and urged the good people of the state, especially regular users of the road to corporate with the police.

He noted that the blockade and other measures are what the police are using to control and screen individuals who use the roads with the aim of protecting national infrastructures around the locations.

However, the Manager Trig Point Hotel, Nibo, Mrs. Theresa Igube, disclosed that the blockade has negatively affected their business to the extent that they are thinking of downsizing their workforce because of low patronage.

She said they had barely recovered from the effect of COVID 19 lockdown, and appealed to the government to save businesses in the area.

The General Manager Vertex View Hotel, Nibo, Mr Blessing Udeme, noted that siting of the hotel in Anambra State was as a result of Akulue ulo call by Governor Obiano and regretted that the hotel may shut down anytime soon because of low patronage caused by the road blockade.

Others who spoke to the ABS, Messers Envangelist Ejike Nwandu, Mrs. Anuli Okonkwo, Mrs. Mmutaka Ezeofor, Chinedu Aforka, and Mrs. Winifred Mbachi all regretted that the blockade has  seriously affected their means of livelihood.