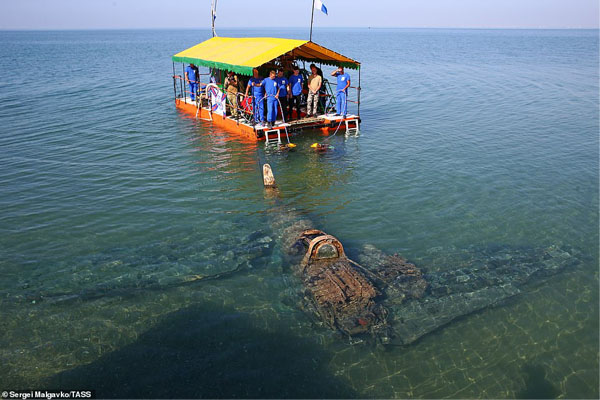 The remains of a Second World War-era Bell P-39 Airacobra fighter aircraft have been pulled from the Black Sea.

The plane was hauled from the water in the Kalamita Bay, near the village of Novofyodorovka, Crimea. It was part of a joint expedition of the Russian Geographical Society and the Russian Defense Ministry.

The aircraft had entered service with the Black Sea Fleet in 1943. However, it was forced to make a water landing just one year later. This was due to a technical malfunction during a training flight. 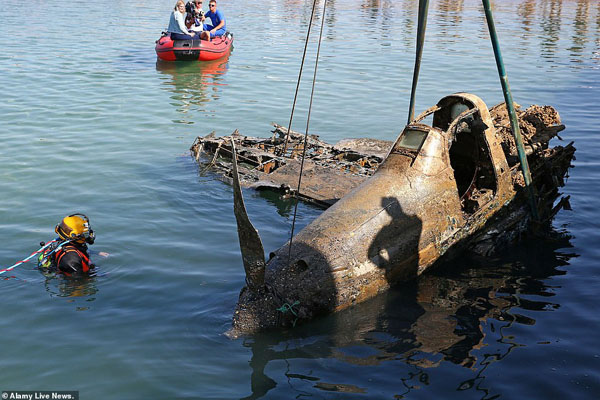 The plane was discovered by amateur scuba diver Alexey Kazarinov in 2017. It was found at a depth of six metres below the water surface and 800 meters from the coastline.

He told authorities the approximate coordinates of the accidental find but they could not locate the crash site for almost a year.

An official study of the fighter was eventually carried out in 2019 by an expedition of the Ministry of Defence of the Russian Federation to search for sunken objects relating to the Great Patriotic War and retrieval of the plane began earlier this month.

The total flight time recorded in this plane at the time of the accident was 9 hours 25 minutes (the cockpit covered in sea urchins pictured).

The fighter was transferred to a truck where guards were posted and it is now thought that the jet will become an exhibit of one of the museums. 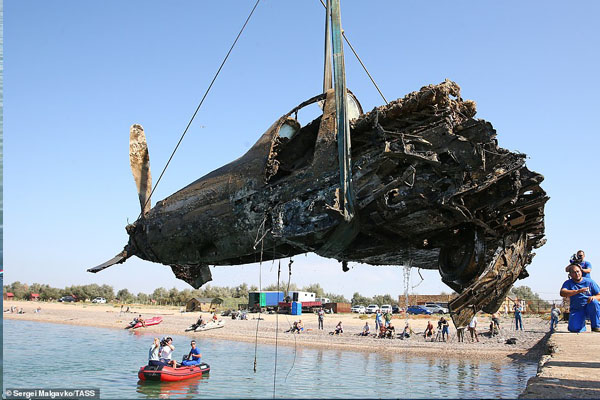 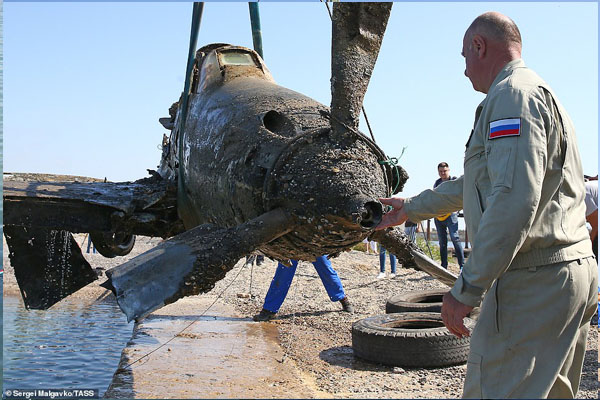 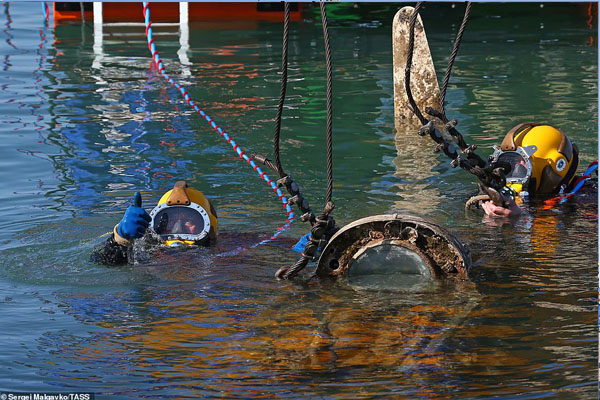 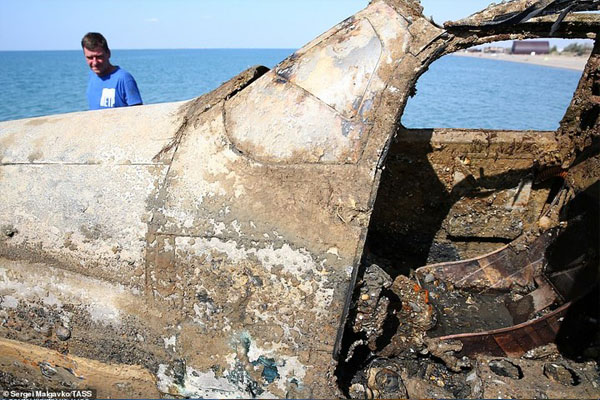 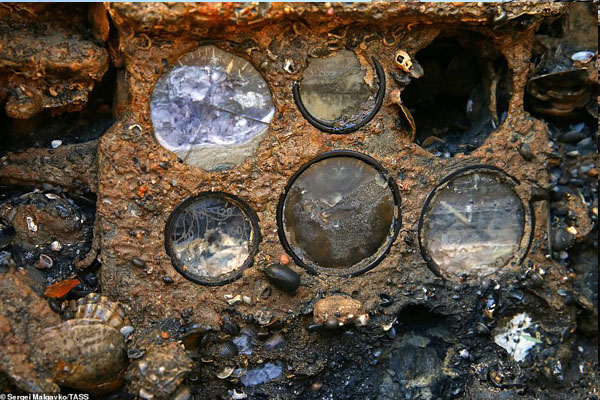 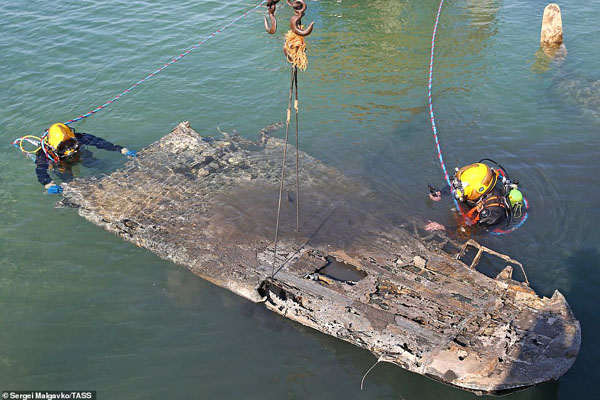 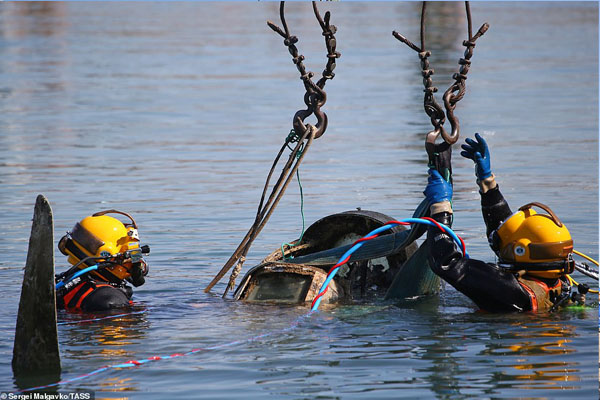 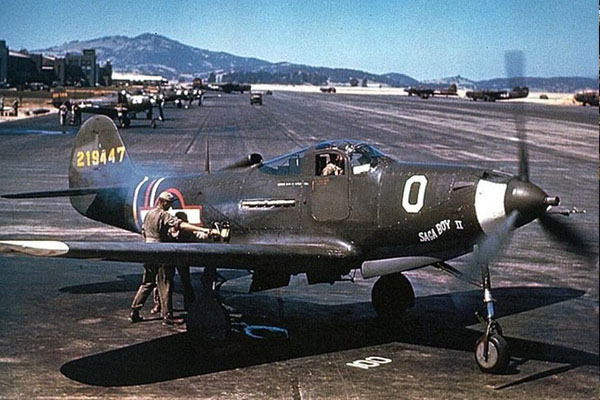 Pictured, the P-39 Airacobra was a fighter aircraft made by Bell Aircraft.
It first flew in 1939 but was not introduced into the American fleet until 1944.