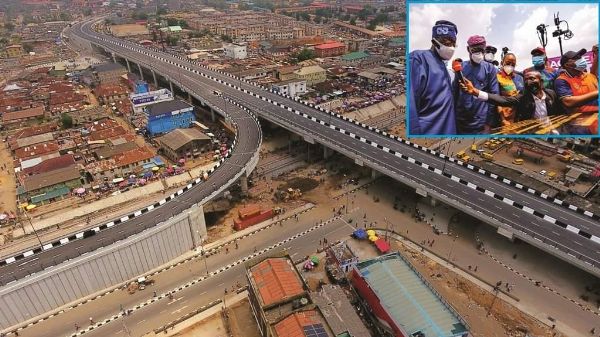 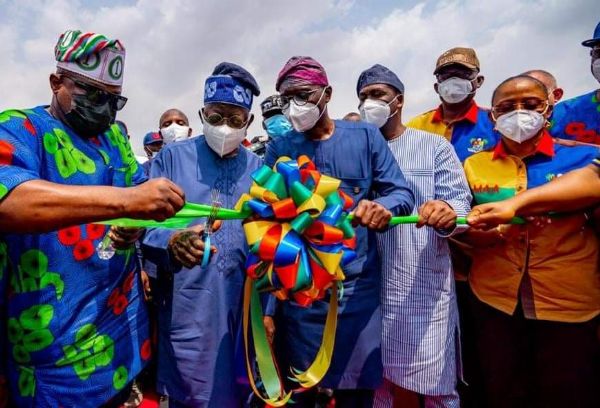 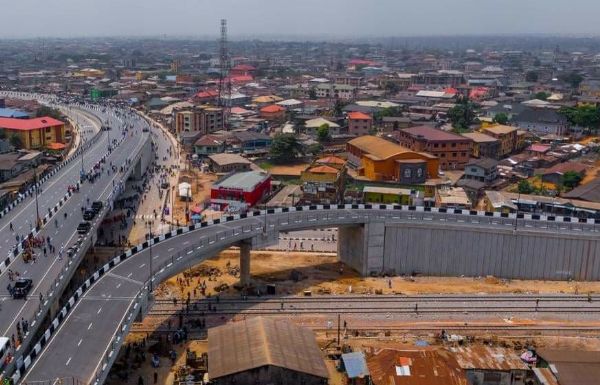 The long-sought relief from choking vehicular gridlocks has finally come the way of residents in the Agege-Abule Egba axis as Governor Babajide Sanwo-Olu. commissions Pen Cinema Bridge and five arterial road networks in the area.

The commissioning marked fulfilment of another campaign promise made by Sanwo-Olu to residents, who daily endured pain in commuting within the axis in the last four years.

All Progressives Congress (APC) National Leader, Asiwaju Bola Ahmed Tinubu, had the honour to inaugurate the projects, which he described as “needed catalyst” for the resuscitation of economic activities on the axis.

The construction of the 1.4-kilometre long flyover was part of the recommendation at the Lagos Economic Summit (Ehingbeti) under ex-Governor Babatunde Fashola’s administration, as a strategic intervention to achieving significant traffic improvement in the densely populated area.

The last administration created the right-of-way and set up the structural beams; Governor Sanwo-Olu substantially completed civil works on the bridge.

The imposing overpass ascends from Oba Ogunji Road and drops at Oke Koto area of Agege. The bridge also opens to the old Lagos-Abeokuta Expressway through Abule Egba. 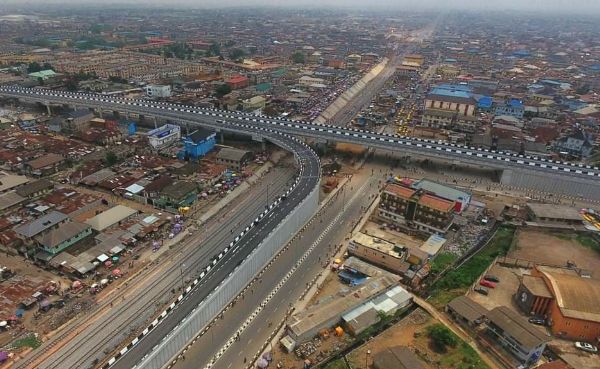 Tumultuous crowd of joyous residents joined Gov. Sanwo-Olu and members of the State’s cabinet in handing over the bridge for public use.

The Governor described the delivery of the project as a “landmark progress” in the State Government’s drive towards eliminating bottlenecks causing suffocating gridlocks and relieving residents of stress associated with commuting on roads.

Sanwo-Olu said the two-pronged approach, which his administration deployed to deliver critical infrastructure, gave priority to continuation and completion of strategic projects, regular maintenance and construction of new ones in line with the State’s Strategic Transport Master Plan (STMP).

He said his Government decided to continue the project, because it was in tune with the first pillar of his administration’s T.H.E.M.E.S Agenda, which targets the provision of roads for expedited economic growth and seamless mobility.

“I am delighted to stand before Lagosians today to celebrate the delivery of this landmark project, which again, reflects our administration’s belief in the principle of continuity in governance and demonstrates our commitment to the urgency of infrastructure development and the welfare of our people.

The completion of this flyover and five network of roads sends a strong message about our determination to accelerate our futuristic vision for a world class transportation system complemented by a good network of roads for social and economic transformation. 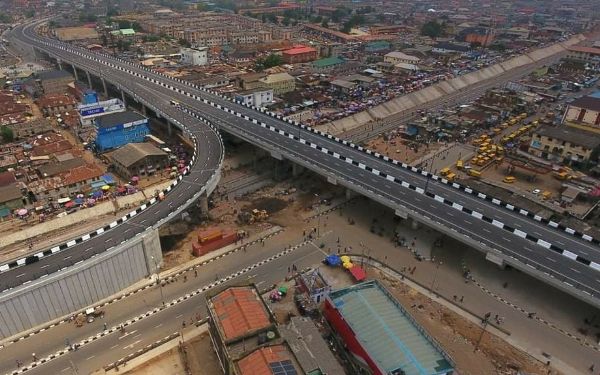 “In order to address the challenge of huge traffic burden, the immediate past administration initiated and commenced the construction of a precast and pre-stressed reinforced concrete of 1.4km dual-carriage flyover and ramp, with road works across the Agege-Pen Cinema Intersection.

As of May 2019 when this administration was inaugurated, this project was at about 20 per cent progress. With the delivery of this bridge, which is complemented with traffic signalisation and drainage channels, we have resolved the perennial traffic arising from huge human and vehicular movement from Agege-Pen Cinema Intersection towards Abule Egba, Fagba, Oke Koto and Iyana Ipaja.” 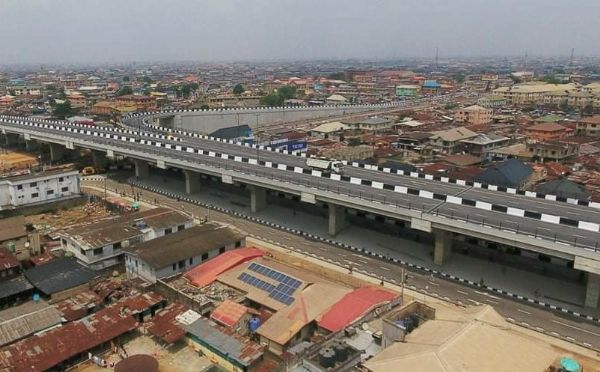 To achieve a quick turnaround in commuting on the bridge, Sanwo-Olu disclosed that his Government identified and reconstructed five strategic arterial roads with good connectivity to adjoining roads that could serve as alternative bypasses to other routes in periods of heavy traffic.

The Governor said since road transportation remained crucial to economic growth and physical development, he believed the project would inject more life into socio-economic activities of people living and doing business in the area.

He said: “A key outcome from the strategic execution of this magnificent Pen Cinema Flyover project is that our administration has again demonstrated the priority it accords to the wellbeing of our people. It is a true test of our commitment to the Greater Lagos vision and a reflection of the achievability of our audacious socio-economic goals. 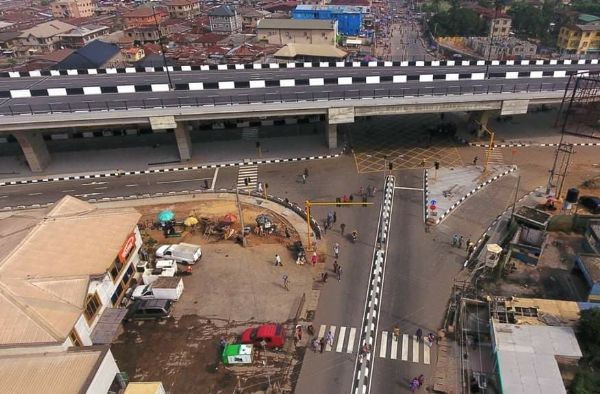 In the course of implementing this project, we created jobs for about 380 people including engineers, supervisors, artisans and others- a clear indicator of the nexus between infrastructure development and employment generation.”

Sanwo-Olu pledged that his administration would not relent in provision of infrastructure for coordinated and sustainable development that would help to improve the State’s performance on the Ease of Doing Business index. 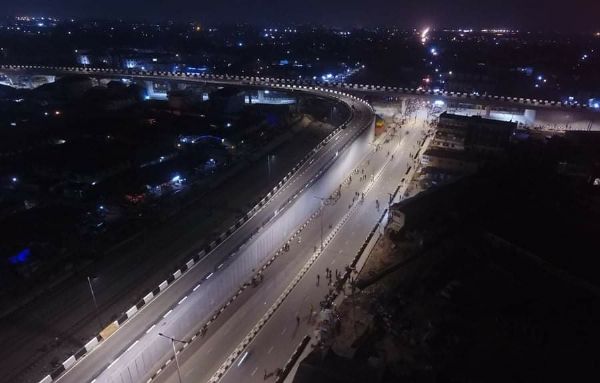 Tinubu expressed confidence in Sanwo-Olu’s leadership, noting that the Governor had stabilised and brought Lagos back on a focused journey, despite economic turbulence occasioned by Coronavirus (COVID-19) and coordinated destruction of the State’s assets.

The APC National Leader, who described Sanwo-Olu as “a brilliant captain”, praised the collaboration between the executive and the legislative arms in the State.

He said: “This is a commendable achievement by Sanwo-Olu, who has further brought Lagos on the path of progress, given the economic resuscitation this infrastructure will bring on this axis and entire Lagos. May you continue to think and perform to demonstrate excellent results as you have done today.”