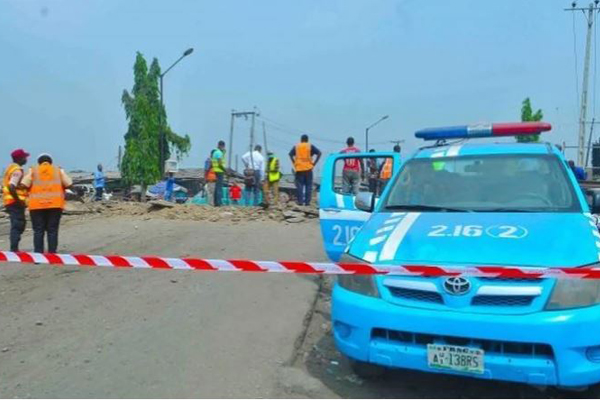 At least seven persons escaped death in Monday’s crash, involving a commercial bus and a truck at the Ozubulu axis of the Onitsha-Owerri Expressway.

Mr Andrew Kumapayi, the State Commander of the Federal Road Safety Corps (FRSC) in Anambra, confirmed the crash to the News Agency of Nigeria (NAN) in Awka.

Kumapayi attributed the accident to wrongful overtaking and speed.

He said that the seven persons, including three males and four females, sustained injuries.

He said: “Eyewitness report shows that the bus was on top speed and wrongly overtaking another vehicle, when it rammed into a stationary truck by the side of the road.

“All the persons in the bus sustained some degree of injuries and were taken to Obijackson Hospital Okija and Our Lady of Lourdes Hospital by FRSC rescue team from Oraifite Command.”