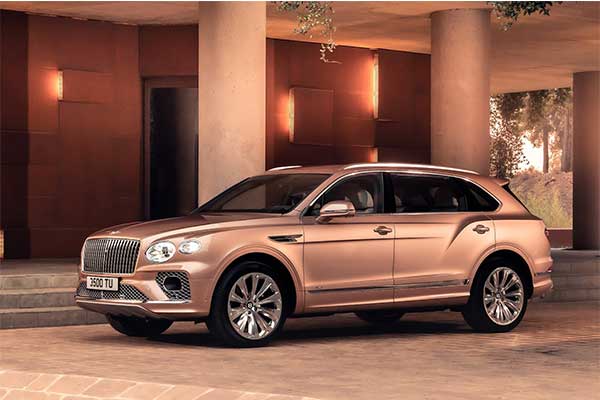 With the Mulsanne gone, Bentley needed a new flagship model to steer their luxury reputation and the new Bentayga EWB (extended wheel-base) is the vehicle to do that. As the name suggests, the most obvious change to the Bentayga Extended Wheelbase (EWB) is the addition of 7.1 in (180 mm) of metal between the front and rear axles that stretches the wheelbase from 117.9 in (2,995 mm) to 125 in (3,175 mm). All of that extra length goes to the rear cabin area, and gives the EWB more interior space than any luxury rival, according to Bentley.

But what do you do with all that space? Bentley has made available three seating configurations for the Bentayga EWB. Standard four- and five-seat options are joined by a new 4+1-seat arrangement, but the new Bentley Airline Seat specification is the company’s pride and joy. In place of standard 4+1 seating with 16-way adjustment, the folks at the Flying B call it the most advanced seat ever fitted to a car, boasting 22-way adjustment with world-first technology including auto climate sensing and postural adjustment technology. The seats have various modes, with Relax reclining the seats to 40 degrees, pushing the front passenger seat forward, and deploying a footrest from the back of the front perch. Business Mode sets the rear seats in their most upright position for the businessperson on the move.

Then there’s the high-tech climate control system. It can automatically change the settings based on the occupant’s temperature (yes, it can take your temperature) and the level of humidity in the back. In addition, pressure across the seat surface is analyzed to make automatic postural adjustments. There are a whopping 177 pressure changes that can be applied across six independent pressure zones over a three-hour interval.

The Bentayga EWB is mechanically similar to the regular Bentayga, though there’s the addition of an all-wheel-steering system that Bentley also offers on the Flying Spur. The system delivers a turning circle smaller than that of the regular Bentayga by 7%, making some of those tight parking manoeuvres easier.

The sole powertrain announced for the SUV is Bentley’s 4.0-litre twin-turbocharged V-8, rated at 542 hp and 568 lb-ft of torque. It’s mated to an 8-speed automatic transmission and all-wheel-drive system. Performance claims include 0-60 mph acceleration in 4.5 seconds and a top speed of 180 mph. 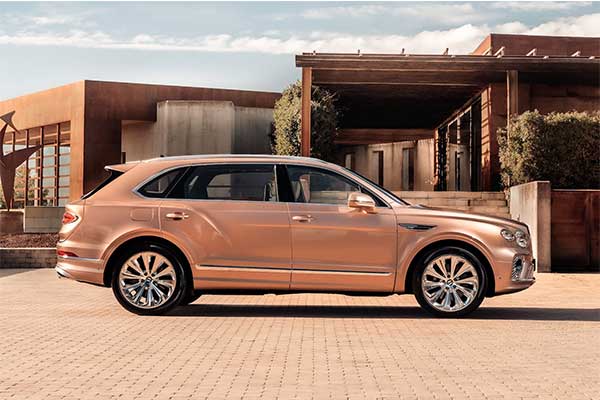 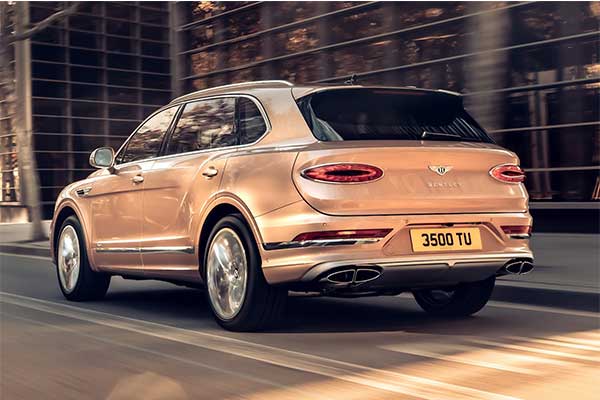 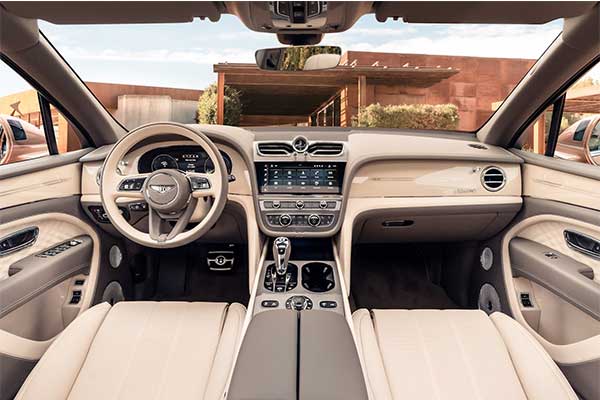 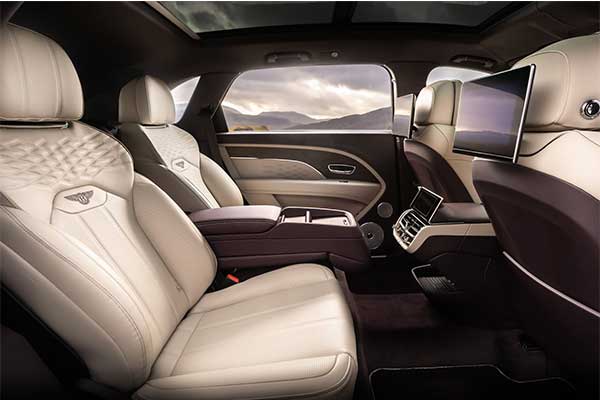 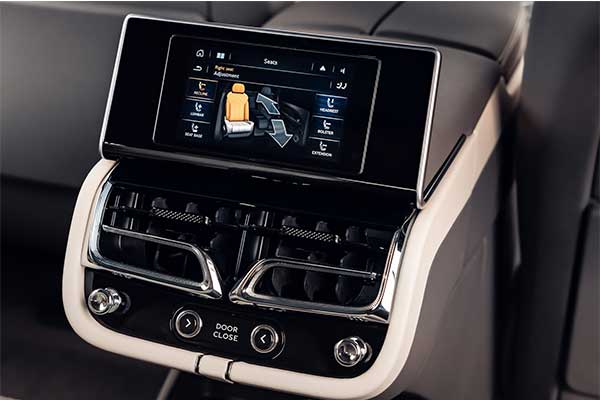 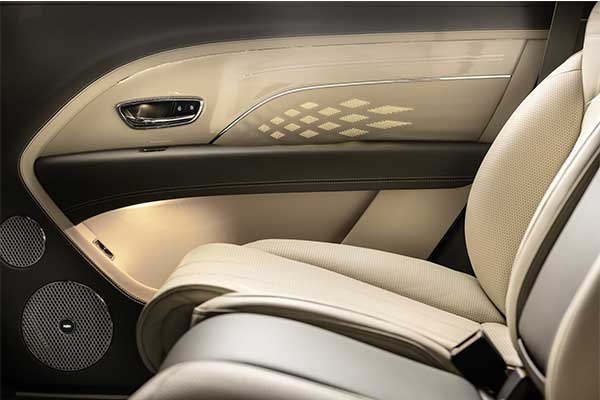