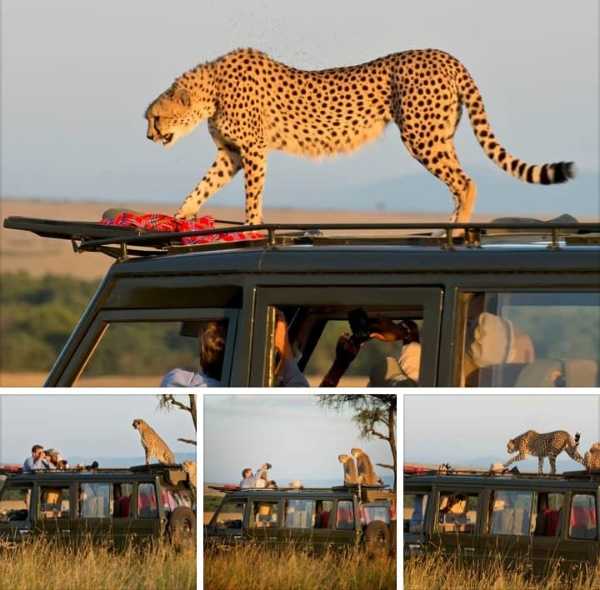 Two tourists were forced to retreat into a Toyota Land Cruiser SUV after two Cheetahs hopped atop their “Safari Jeep”.

The Land Cruiser is the preferred safari vehicle. They can handle the muddiest of conditions without getting stuck.

The cheetah is regarded as the world’s fastest land animal. It can do 0-62 mph in 3 seconds; which is same time with a Formula E Racecar.

Cheetah has the ability to reach a top speed of around 70 mph in about 4 seconds. 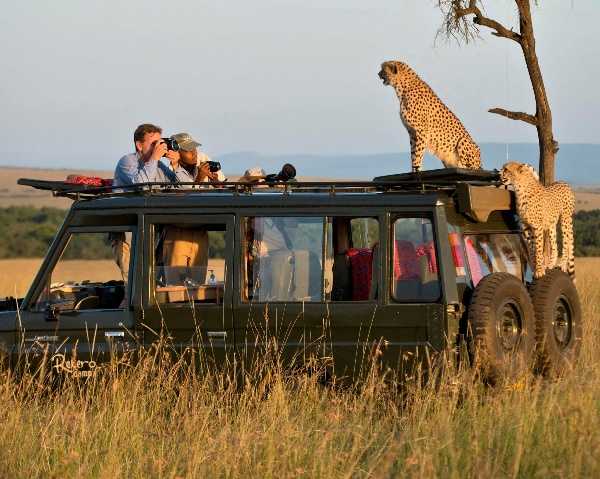 These pictures have captured the moment that two cheetahs jumped atop a Toyota Land Cruiser SUV on the Masai Mara National Park in Kenya.

The Masai Mara reserve is a photographer’s and naturalist’s paradise. It has abundant elephant, buffalo, giraffe, lion and cheetah alongside the migratory wildebeest and zebra. 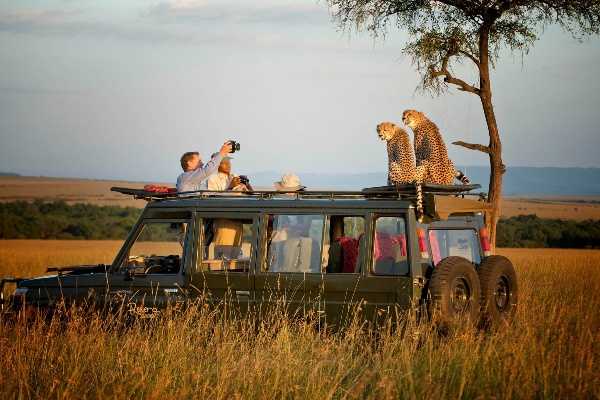 With these cats curiously checking out the surrounding from atop the SUV, the tourist were able to take photos of the two cheetahs. 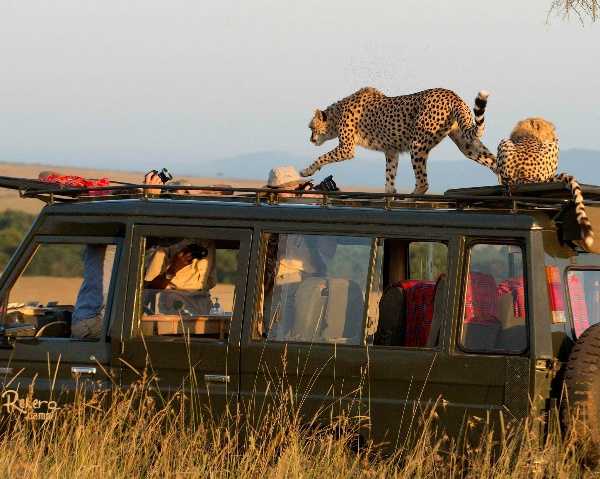 Slowly, one of these big and bold cats moved towards the direction of the tourists, forcing them to retreat into their “Safari Jeep”.

With its razor sharp claws and teeth, and the ability to reach a top speed of around 70 miles per hour in about 4 seconds, you certainly don’t want a cheetah to come so close to you. The cheetah is regarded as the world’s fastest land animal. 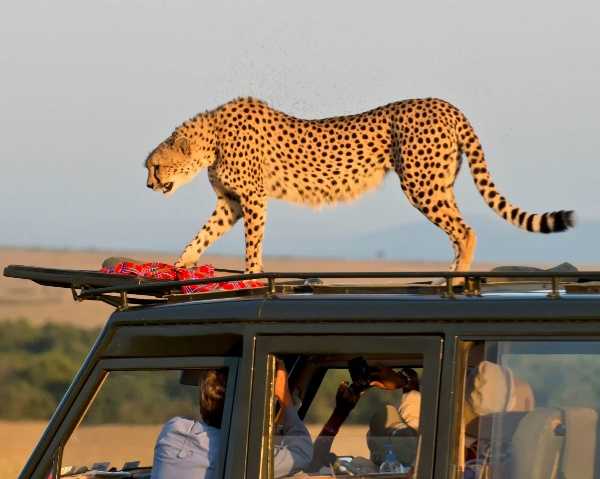 According to wild life experts, it’s not uncommon for one or two big cats to hop on top of tourist vehicles. Doing so allows them to have a clearer look at their surrounding.

The Toyota Land Cruiser is the preferred “safari vehicle” because they can handle the muddiest of conditions without getting stuck.

Plane Overloaded With ₦21.6 Billion Worth Of Cocaine Crashes On Take-off