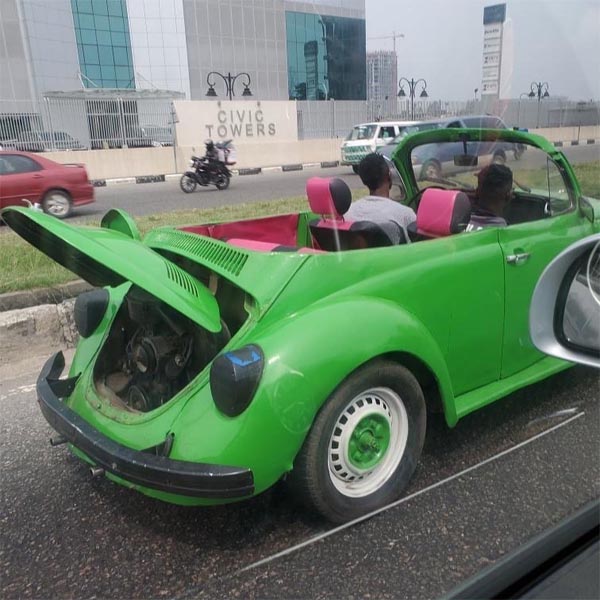 A vintage convertible Volkswagen Beetle was spotted on the street of Lagos.

The green “Tortoise car” had its top completely absent as it drove along Ozumba Mbadiwe Street in Victoria Island. Indeed, the convertible Beetle retained its fun appeal.

Popularly known as Ijapa (Tortoise) here in Nigeria, the Volkswagen Beetle was one of the most desired vehicle in its time.

See below photos of the exciting Volkswagen Beetle as seen on the street of Lagos. 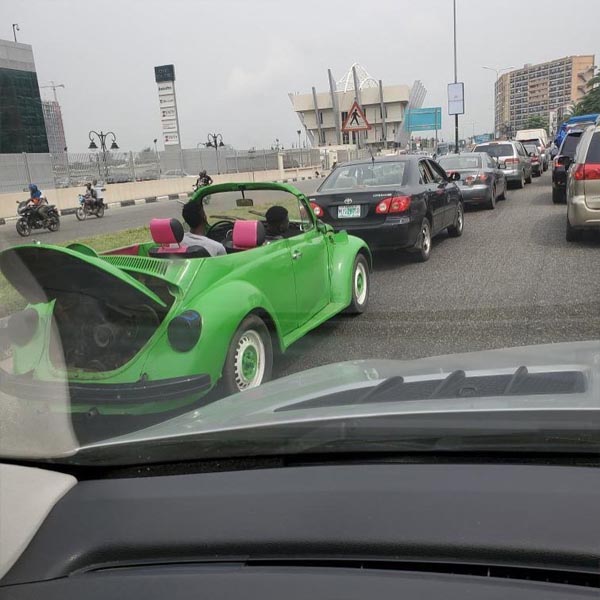 The Volkswagen Beetle is an iconic car that is recognized all over the world.

The classic air-cooled rear engined beetles were a marvel of innovation for their day. It was so cleverly designed that you could take an engine built in 1973 and plug it into a 1956 body with about an hour’s work. Convertible Volkswagen Beetle

Volkswagen Beetle had just two assembly plants in Africa, one in South Africa(Uitenhage) and the other in Nigeria(Lagos)

After three generations spanning a total of seven decades, the 2019 model year will be the last for the iconic Volkswagen Beetle. 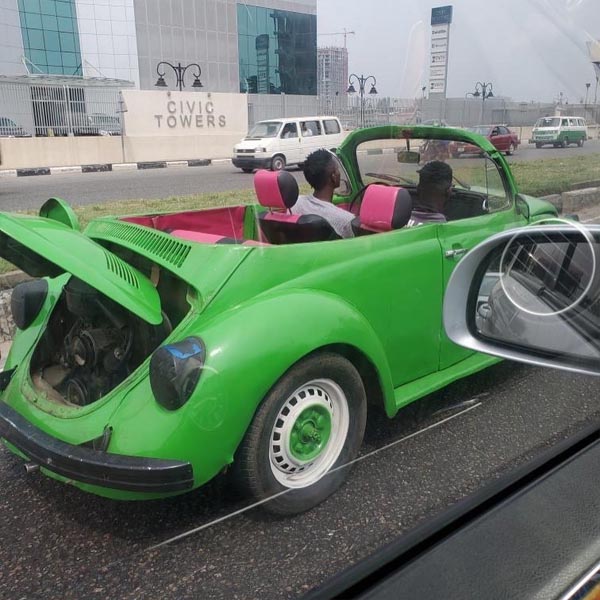 Related Topics:Convertible-Volkswagen-Beetlevolkswagen beetle
Up Next

Check Out This One Off Dodge Durango Power Wagon (Photos)