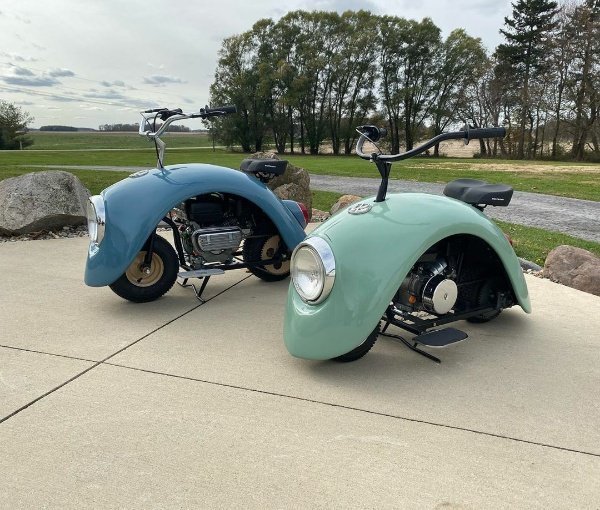 This minibike, called Volkspod, was built from the parts of original Volkswagen Beetle. It pays homage to the iconic car that is also one of the best selling cars ever. 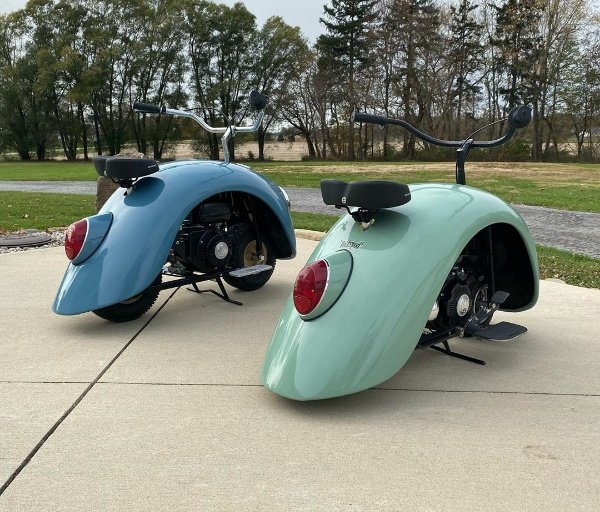 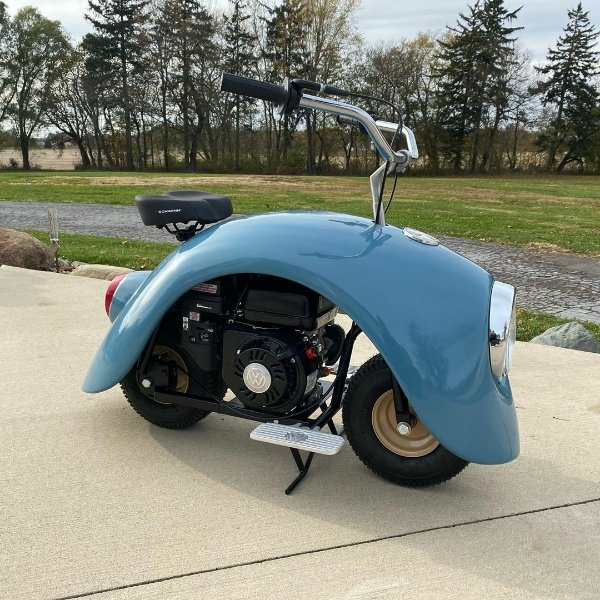 He repurposed the fenders from a Volkswagen Type 1 model by welding them together to create a custom frame. 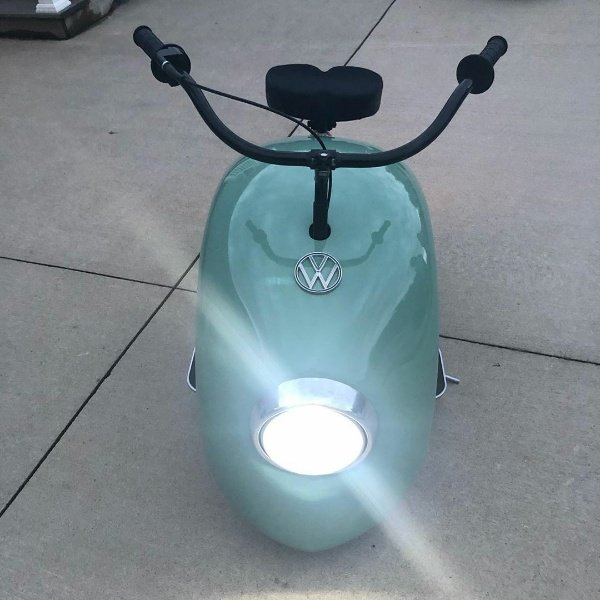 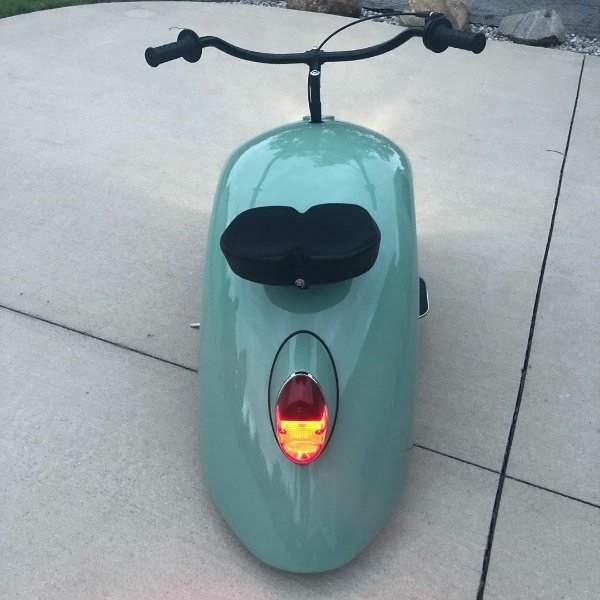 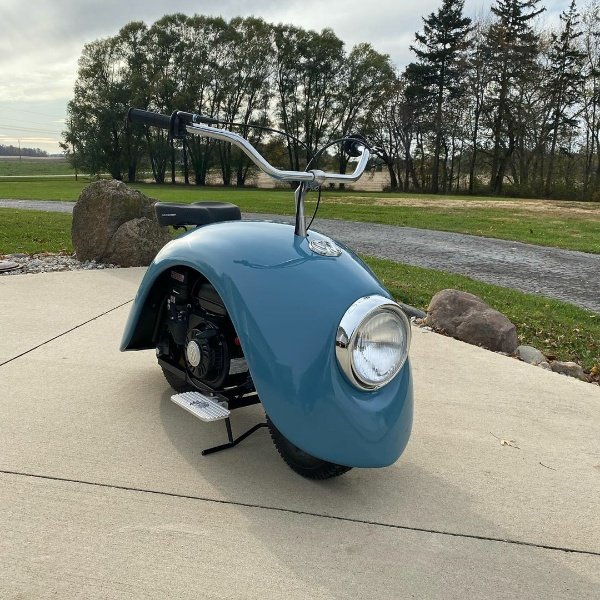 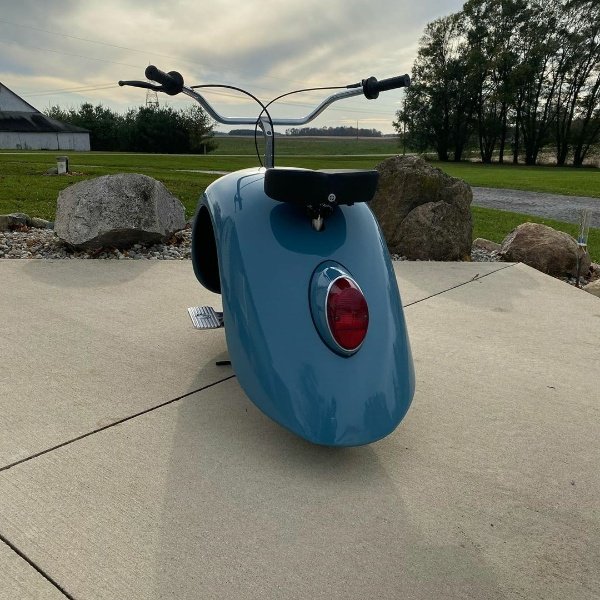 Features like the head and tail-light system, saddle and a wide handlebar were attached to these frames. 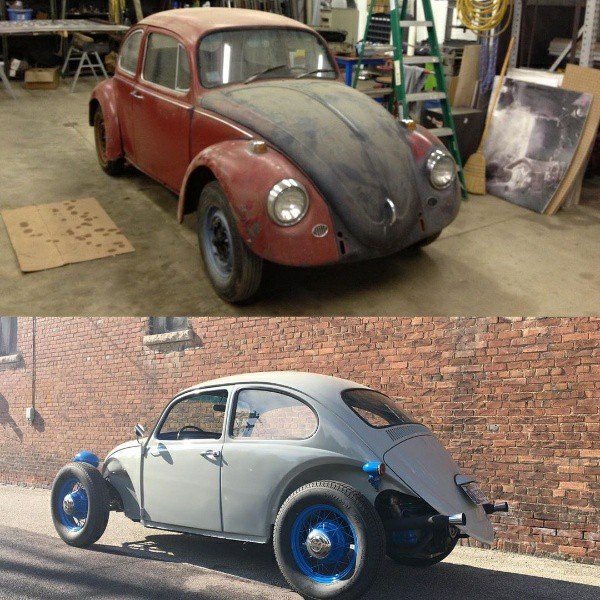 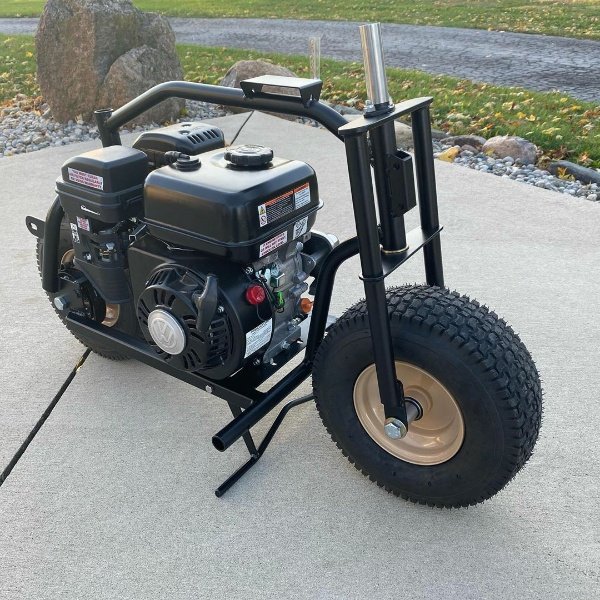 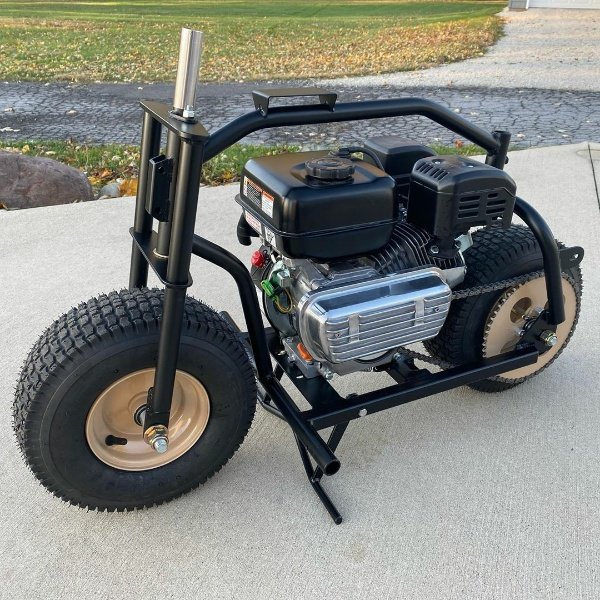 Cold day for a ride. #volkspod

The mini scooters pays homage to the Volkswagen Beetle type 1. The iconic car is one of the best selling cars ever.

With 21,529,464, the Beetle is the longest-running and most-manufactured car of a single platform ever made.

Lead engineer Ferdinand Porsche and his team took until 1938 to finalise the design of the Volkswagen Beetle.

But the production of the “peoples car” (Volkswagen in German) only began by the end of the 1940s due to World War II. 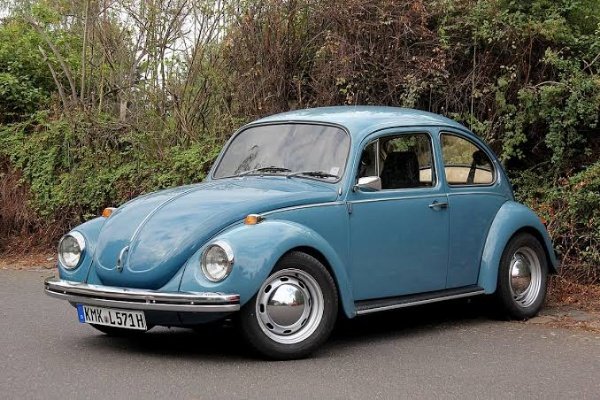 The iconic car is known as Käfer (beetle) in Germany and Bug in the US. It is known as the Beetle in the UK, and in many English speaking Commonwealth  countries. In Nigeria, we call it Bintus, Ijapa, Mbe, or Tortoise Car.