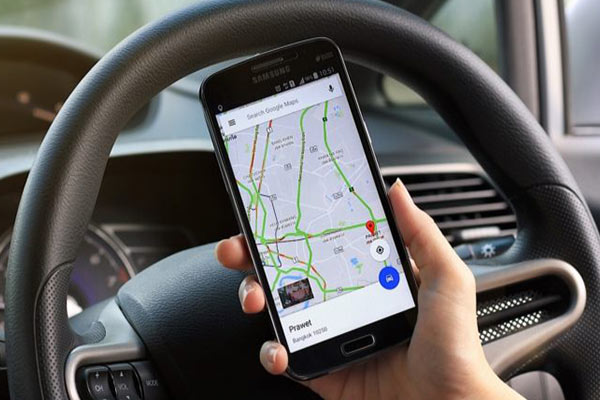 It says the use of Google Maps is an offense that attracted penalties, including psychological evaluation.

It also warned against messaging, typing, and listening to music with the phone while on the wheel.

The Federal Road Safety Corps (FRSC) has warned motorists in the Federal Capital Territory (FCT) against using Google Maps while driving, saying it should be set before driving.

It also warned against messaging, typing, and listening to music with the phone while on the wheel.

The Easter Sensitisation Package was held at Province 15 of the Redeemed Christian Church of God, Lugbe, FHA.

Mr. Ahmad said that the use of Google Maps was an offense on the road which attracted penalties, including psychological evaluation.

This, however, brought some comments by members of the congregation, asking why FRSC would frown at the use of Google Maps.

Mr. Ahmad while explaining, said it could only be used before the vehicle was in motion.

He said that the use of the phone while driving is still a condemnable offense.

“We used to have challenges for some who park and claim they want to call.

“They must park off the shoulder, and not by the side of the road.

“This is a festive period and there is a massive movement of vehicles, so let’s try to avoid distractions on the road,” Mr. Ahmad said.

He also berated motorists for overloading vehicles, describing it as a gross violation of traffic rules.

Asked whether the FRSC has permitted overloading by taxis plying FCT, Mr. Ahmad said “we do not permit sitting of four fares at the back and two in the front.”

He said that some fares were also culpable, as they begged officers not to arrest the driver because they were not complaining.

Kia Introduces Niro Plus, A Taxi And Ride-Hailing Car