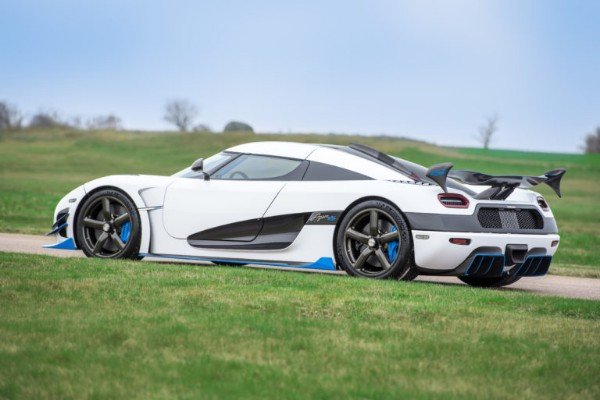 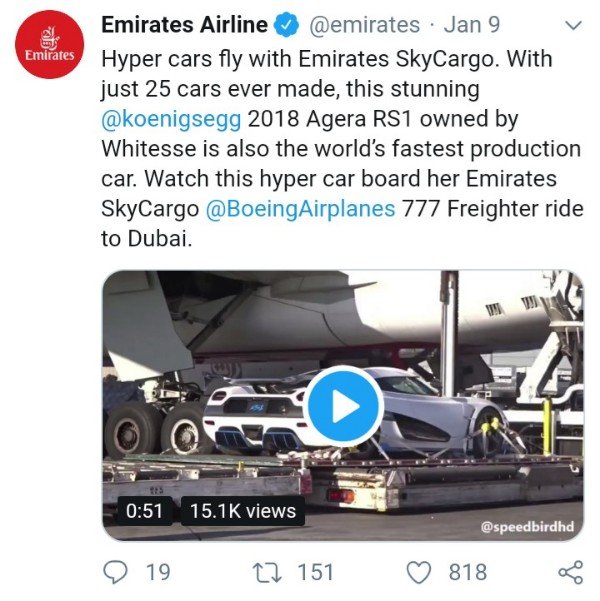 Emirates airline has shared the video of the ₦3.6b Koenigsegg Agera RS1 Hypercar being loaded onto one of their SkyCargo plane for a 17 hour flight to Dubai.

The $10million Hypercar, one of just 25 models in the world ,is owned by US-UAE based car collector, @Whitesse.