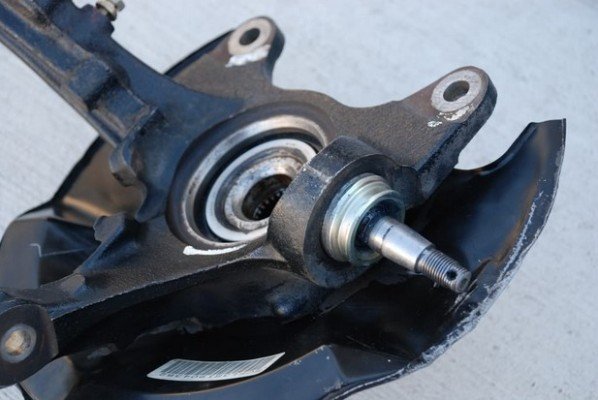 It is no longer a new thing to see cars stalled on roads with pulled ball joint and upper arm. This is very common for Honda users; especially for models before 2008.
There are lots of reasons why this always handicap the Honda guys. Some believe is resorting to chap car parts instead of OEM. Some other people believe it is a factory default. Reason being that their major markets in Europe and America have good roads and the ball joint problem rarely occurs there and as such, the problem is not being taken note of by the manufacturers; thus no solution from their end.

We at Autojosh are here to let you know the symptoms of a bad or failing ball joint so that you can handle the situation properly before it catch you unawares.

These ball joints are very important. They are part of the suspension system and are found almost in all modern cars. Their work is very similar to the ball and socket joint in the hips of human beings. They serve as one of the main suspension pivot points connecting the control arms of the vehicle to the steering knuckles.

Here are the symptoms to know a bad or failing ball joint:

1. Knocking noises coming from the front suspension:
This is the most common symptom of a failing ball joint. As a result of wear in the ball joint, it becomes loose in the socket and hence, causes the knocking sound.
Worn ball joints may knock when traveling on rough roads, speed bumps, or when turning. Usually, the knocking will get continuously louder as the ball joints wear, or until they eventually completely fail and break.

In case you notice what we’ve mentioned above in your vehicle, have your car inspected and fixed by professionals.