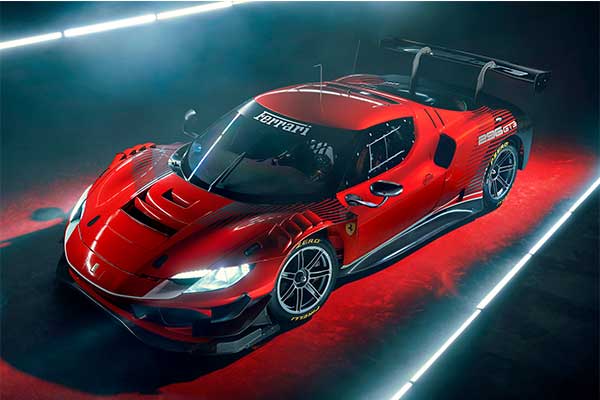 Ferrari is returning to the era of six-cylinder racers with the new 296 GT3. Designed to replace the 488 GT3, the model is based on the 296 GTB and features a twin-turbo 3.0-litre V6 engine that has a 120-degree vee design with equally spaced firings. This, says Ferrari, reduces weight, lowers the overall centre of gravity, and boosts power output. There is approximately 600 horsepower and 523 lb-ft of torque on tap; considerably lower than the GTB’s combined 819 hp and 546 lb-ft.

The engine is connected to a bespoke gearbox developed for this car. It’s a six-speed single-clutch Xtrac system that now features electric clutch actuation via the steering wheel as opposed to a foot pedal.

The 296’s design and the new aero work done for the GT3 result in 20% greater downforce than the outgoing 488 GT3 race car. Ferrari says it worked to make the car more drivable even when in the slipstream of other cars. It’s not the prettiest Ferrari racer we’ve ever seen, but it sure doesn’t look like it’ll be lacking for downforce with the massive wings and appendages protruding every which way from it. If the 296 GT3 is damaged mid-race, Ferrari promises easier replacement of the front and rear aprons to get back on the track quicker.

Another highlight of the new competition car from Maranello is its cockpit, which offers improved intuitiveness, visibility, and accessibility for the drivers. The interior has been designed from scratch based on input from factory pilots and customers from the motorsport scene. The 296 GT3 is designed to appeal to both professional and gentlemen racers, and the model is set to make its big debut at the 24 Hours of Daytona in 2023. 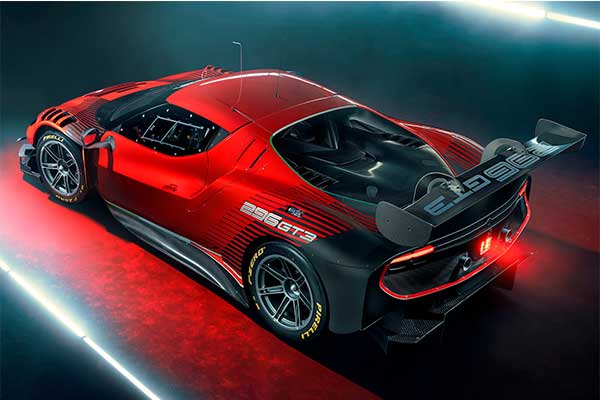 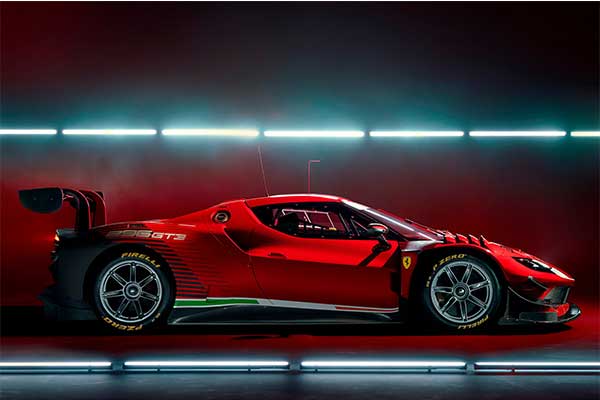 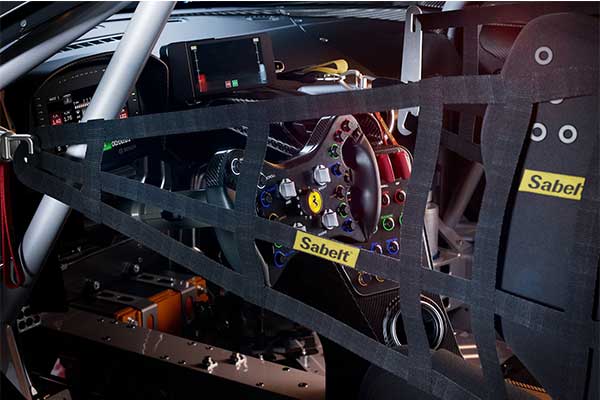 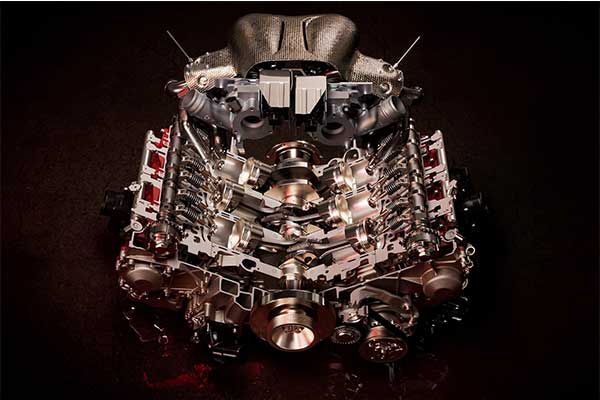 Audi To Enter Formula 1 In 2026, Set To Challenge Mercedes-AMG