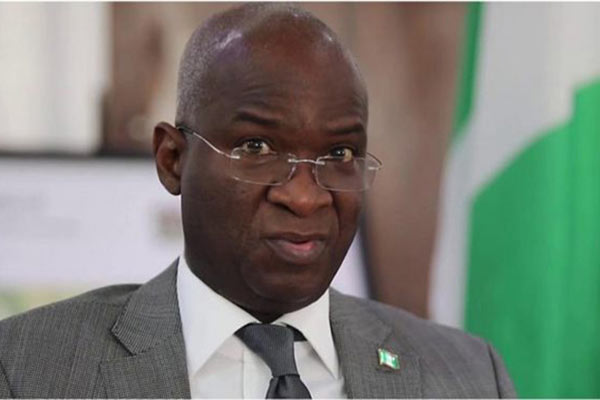 N66.9 billion of the amount was approved for the construction Kashimbila-Takum-Chanchangi road.

The remaining N23.9 billion was approved for the procurement of the airports’ equipment.

The Federal Executive Council (FEC) has approved N90.8 billion for the rehabilitation of the Kashimbila-Takum-Chanchangi road in Taraba State and the procurement of equipment for some airports in the country.

The Ministers of Information and Culture, Lai Mohammed, and Works and Housing, Babatunde Fashola, made these known when they briefed State House correspondents on the outcome of the council’s meeting presided over by President Muhammadu Buhari.

“The Ministry of Works and Housing presented one memorandum, and it was for the rehabilitation of the 91.94-kilometer Kashimbila-Takum-Chanchangi road in Taraba State, and the council approved the proposal by the ministry in the sum of N66. 983 billion.”

He said the project would boost the transportation network in Taraba and the entire North-East zone.

“The Minister of Aviation presented two memos, one was for the award of contract for the upgrade of 12 airports tower voice communication and control system radio for 12 airports located in Akure, Benin, Calabar, Ibadan, Ilorin, Jos, Minna, Owerri, Sokoto, Yola, Kaduna, and Enugu.

“The contract was for the sum of N9.988 billion with a completion period of 13 months.

“As you are aware, the Nigerian Airspace Management Agency NAMA has a statutory mandate to enhance the safety and security of the Nigerian airspace, and it is in line with this that it sought to upgrade 12 air control towers’ voice and communication control system.”

The minister said the communication tower had to be upgraded to enhance performance in the 12 airports with technological advancements and the aviation industry’s best practices.

He said that the move was necessitated by the recent increase in the fleet of passengers across the four airports.