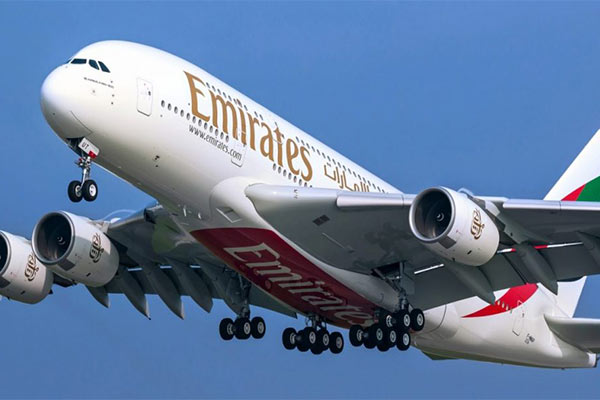 Local Airlines, under the aegis of Airline Operators of Nigeria (AON), rally FG to protect the local market, operators.

It commended the government for standing resolute in the recent standoff with the United Arab Emirates (UAE).

Local airlines have urged the Federal Government (FG) to reciprocate more against foreign aeropolitics, especially in defense of the local industry and its operators.

The carriers, under the aegis of Airline Operators of Nigeria (AON), commended the government for standing resolute in the recent standoff with the United Arab Emirates (UAE). It urges more reciprocal actions to tilt the balance of aeropolitics in favor of Nigeria.

Recall that the government had reduced Emirates Airlines’ 21 slots a week to just one, in the reciprocity of similar treatment meted to Nigerian flag carrier, Air Peace airline. Air Peace had requested for three slots but got only one slot a week. In response, Emirates Airlines pulled out of the Nigerian route indefinitely.

As of Tuesday, the UAE has modified its stance on welcoming Air Peace airline into the Arab country, with approval of seven weekly slots into the Dubai International Airport, Dubai.

Chairman of the AON, Abdulmunaf Yinusa, expressed gratitude to President Muhammadu Buhari for his stance on the issue, which emboldened the Minister of Aviation to reciprocate with equal measures the treatment meted out to the Nigerian airline.

“AON is not unmindful of the leading roles the Minister played in getting our dear President to sign the Customs Duty and Value Added Tax (VAT) waivers into law, immediately the National Assembly passed the bill.

“By the recent reciprocal actions undertaken by the Federal Government, national sense of pride and belief in Nigeria rose to an all-time high.”

He clarified that they were not opposed to other foreign airlines operating in Nigeria, but “we frown at the underhand actions of these airlines and their countries in making it difficult for Nigerian airlines to get the necessary permits to operate in their countries.

“We encourage the Federal Government to continue to reciprocate in equal measures against any country that tries, in any manner whatsoever, to disrespect our sovereignty again,” the AON stated.

Rising from an emergency zonal meeting in Kano, the tour operators lamented that the recent travel restriction placed by the Saudi government on Nigeria has caused huge job losses and disrupted the economic activities of stakeholders in the industry.

Chairman of the association, Abdulaziz Halliru, and Secretary of the zone, Haruna Isma’il, regretted that over 1,500 visas and flight tickets were affected by the abrupt suspension of direct flight to Saudi Arabia.

The operators were worried that pilgrims had been left hanging and in disarray, expressing disappointment at the position of the National Hajj Commission of Nigeria (NAHCON) to allegedly disown the Umrah pilgrims.

In a communiqué, the association stated: “We note with great concern the disruption of travel plans the suspension has caused to our teeming clients and other traveling public, most especially as the action has come during the holiday season and hope that the situation will not last longer than necessary.

“We observed with grave apprehension the potential losses the situation will bring to the economy in general, the travel and tourism value chain in particular, through visa expiration, accommodation and transport cancellation in Makkah and Madinah as well as flight ticket no-show and other miscellaneous charges running into millions of Naira.

“The meeting took a preliminary stock of the established loss, which runs to over a billion Naira as gathered from members in the zone alone. There were more than 1,500 issued and unused visas and tickets affected by the abrupt suspension of direct flight to Saudi Arabia,” the communiqué read in part.