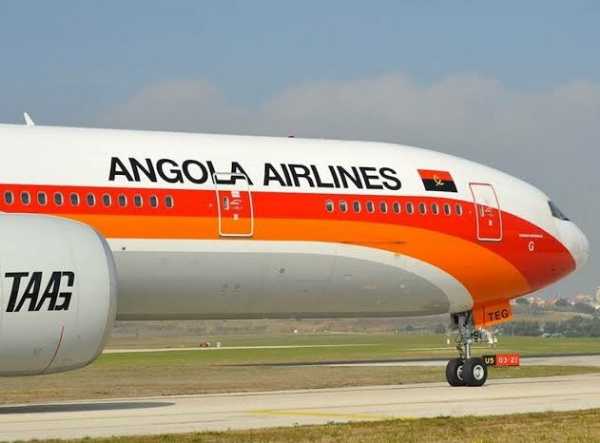 The seized 300-seater jumbo jet belongs to Angola Airlines. The state-owned airline is the flag carrier of the Angolan government.

The Nigerian Civil Aviation Authority (NCAA) is currently investigating into the matter.

The Federal Government on Wednesday impounded a Boeing 777 jumbo plane belonging to the Angolan government at the Lagos airport for allegedly flying illegally into Nigeria.

The passengers-laden jumbo jet was grounded and subsequently impounded shortly after touching down in the country on Wednesday afternoon.

The seized 300-seater plane belongs to Angola Airlines, a state-owned airline and flag carrier of the Angolan government.

According to Aviation sources, the plane flew into the country without the requisite and mandatory approvals from the Nigerian authorities.

The jet, which was flown into the country purportedly to evacuate stranded Angolan citizens in Nigeria, was found to be carrying fee-paying passenger.

However, the number of passengers on board the jumbo jet could not be ascertained as of the time of filing this report.

The Nigerian Civil Aviation Authority (NCAA) is currently investigating into the matter.