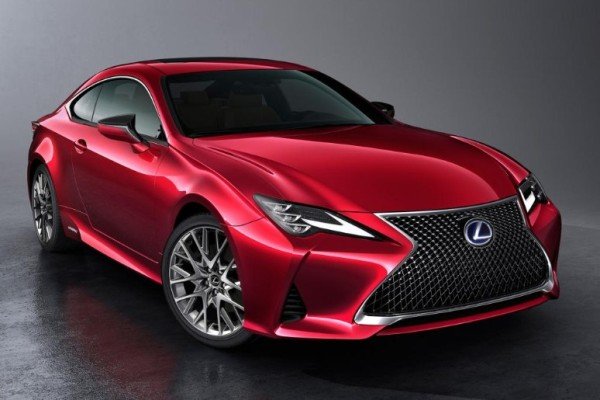 Lexus is the luxury vehicle division of the Toyota Motor Corporation and also Japan’s largest selling band of premium cars.

The history of Lexus could be traced back to a covert sedan project, a challenge issued by the founder Eiji Toyoda to create the world’s best car.

Lexus launched with two sedans, the LS 400 and ES 250, and a commitment to pursue perfection.

A single consumer complaint launches a special service campaign, earning the brand recognition as the new standard in personalized service.

Out of thousands of parties interested in a Lexus franchise, only 121 top-notch dealers are selected for Lexus’ first year of business.

Lexus outsold both Mercedes-Benz and BMW to become the best-selling luxury import brand in the U.S.

An agreement was reached between U.S. and Japan and trade war averted.

Lexus introduced the RX 300, which created the luxury crossover segment.

One-millionth vehicle sold in the U.S.

You may also like: 8 Things You Didn’t Know About Lexus

Lexus develops a second offering in the entry-luxury sedan category with the IS 300 sport sedan.

First import luxury brand to sell 20,000+ vehicles in one month.

Lexus became the top-selling luxury brand in the U.S.

Lexus updates its classic SC model into a hardtop convertible, the SC 430.

Lexus announces the RX 330 will become the first Lexus vehicle to be manufactured in North America at the Toyota Motor Manufacturing Canada, Inc. (TMMC) in Cambridge, Ontario facility in Canada. It is the first plant outside Japan to produce a Lexus model.

Two-millionth vehicle sold in the U.S.

Lexus-badged vehicles sold in Japan for the first time.

Powered by a 416-hp V8 engine the Lexus IS F high-performance sedan was the most uncharacteristic car Lexus had ever built, demonstrating Lexus could make a car for high-performance enthusiasts.

Lexus introduces the all-new RX 350 and RX 450h luxury utility vehicles, reinventing the vehicle that invented it all.

More than 1 million RX vehicles have been sold in the U.S., making it the most successful luxury utility vehicle.

Fourth-generation GS 350 and GS 450h go on sale, completely redesigned, inside and out, and features the brands’ new design philosophy, with styling cues such as a distinctive new front grill, that will be seen on all future Lexus vehicles.

World-premiere of redesigned LS, including the first-ever LS 460 F SPORT, debuts at the “Lexus Laws of Attraction” exhibit in San Francisco. LS models go on sale.

World premiere of the third-generation IS sport sedan.

Lexus announces the selection of 12 winners for the 1st Lexus Design Award, an international design competition that targets next generation innovators around the world.

World premiere of the fourth-generation RX at the New York International Auto Show.

Historical Photos Of Toyota, The Number 1 Automaker In The World