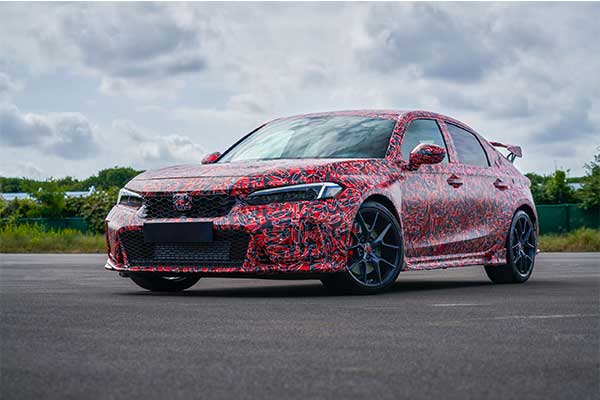 With the all-new Civic out of the way, Honda can now concentrate on the range-topping member of the family, the 2023 Civic Type R. The hot hatch is about to kick off its Nurburgring testing phase, the automaker has announced, while releasing a few pics of a camouflaged prototype.

Unlike previous spy shots, these reveal a significant amount of design details and general styling. Compared to the base hatchback, the Type R will have familiar performance-related enhancements such as a lowered suspension, vented hood, and larger wheels with Brembo brakes. Look closely at the new images and you’ll see that the prototype is wearing Michelin Pilot Sport 4 rubber and red brake callipers.

At the front, we can see a larger grille and a big central intake. The front and rear fenders seem wider than the regular Civic hatchback. Going to the back, the fixed rear wing is mounted on the hatch and looks less extreme compared to the previous generation. Last but not least, there is a prominent diffuser incorporating the centrally mounted triple exhaust pipes.

Honda is being tight-lipped about the technical specifications for the time being, but we do know from previous statements both the Si and Type R will come exclusively with a manual gearbox. Wild rumours had suggested a 400-hp hybrid powertrain and even AWD for the hot hatch, but the latest intel indicates it will be an evolution of today’s 2.0-liter FWD recipe, presumably with a bit more power. 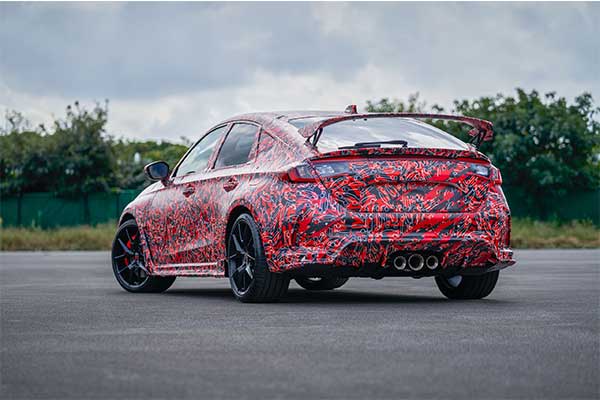 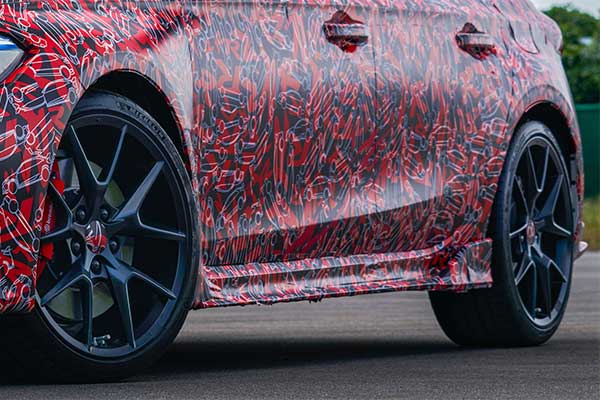 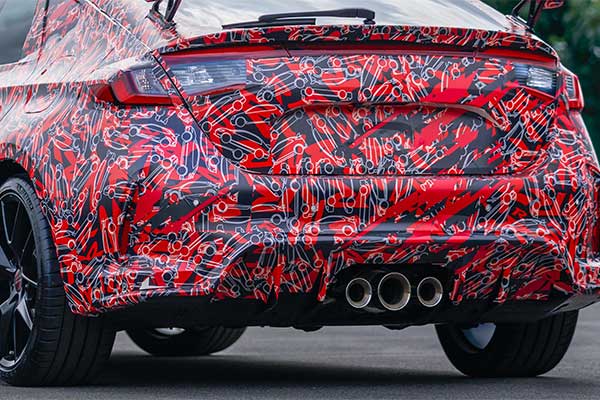