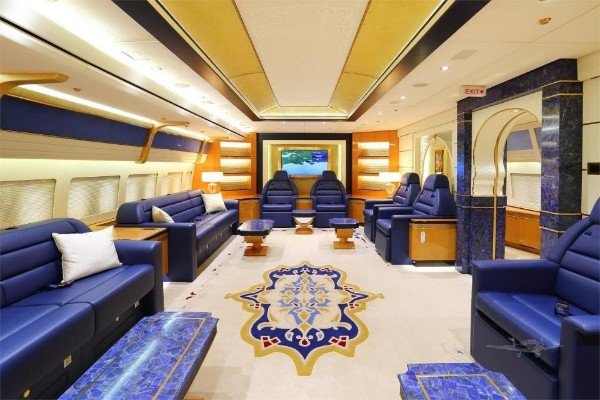 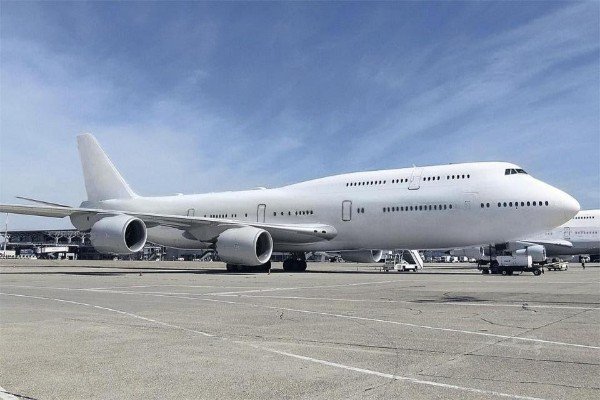 This former Qatar’s royal family’s flying mansion was up for sale earlier in August.

When the Qatari ruler Tamim Bin Hamad Bin Al Thani found out that Turkey had showed interest in buying the £500 million aircraft ,he changed his mind and gave it as a gift to the government of Turkey. 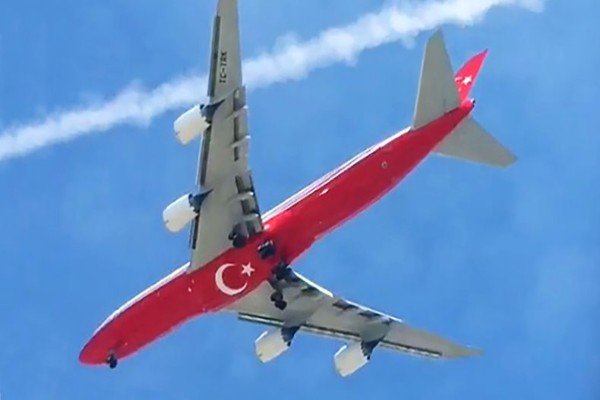 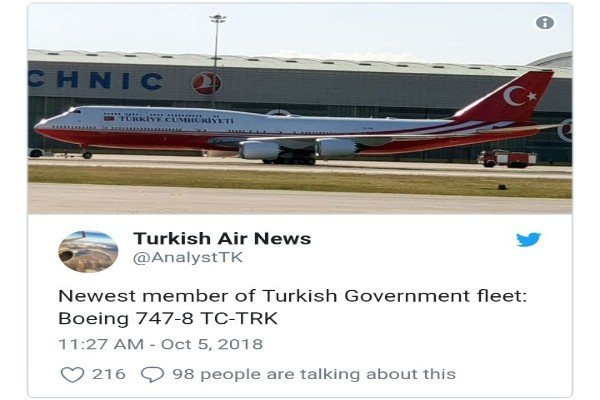 This is now the 747-8i Jumbo Jet wearing a bold red and white paint with ‘Republic Of Turkey’ painted on its side and a big crescent and star on its belly.

The jet, originally registered VQ-BSK, has only been flown for 403.2 hours, which makes it relatively new. It now carries the registration TC-TRK.

The expensive jet was delivered to Qatari family in 2012 but didn’t enter service until 2015 because of extensive interior upgrades. 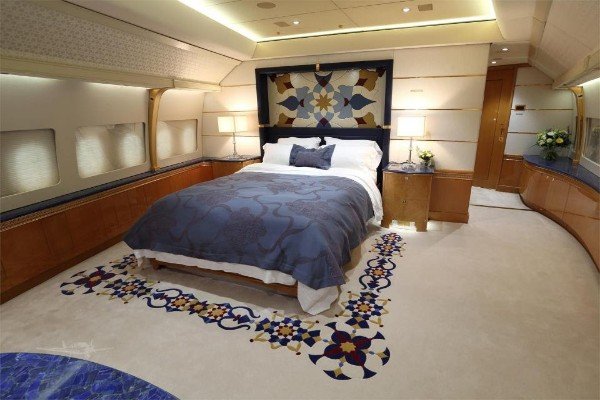 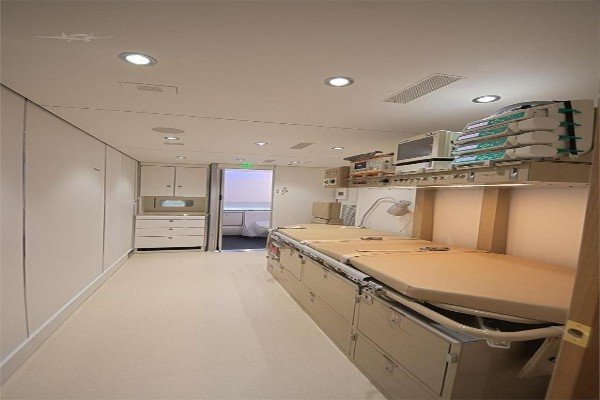 Inside the ₦238 billion (yes that’s the approximate value in Naira ) jumbo jet features ornate lounges, well furnished bed rooms, dinning rooms- all these are decked out in blue, white and gold,and even has its own hospital – equipped with surgical room. 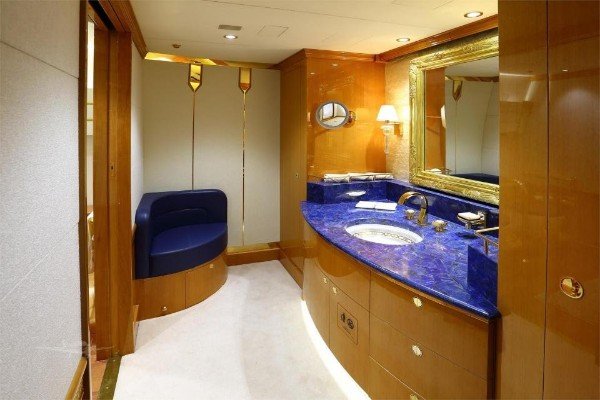 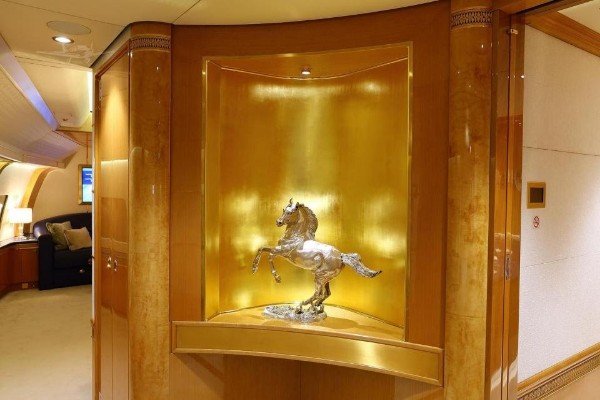 There’ll never be too much of a queue for the toilet because it is equipped with 10 different bathrooms and toilets. 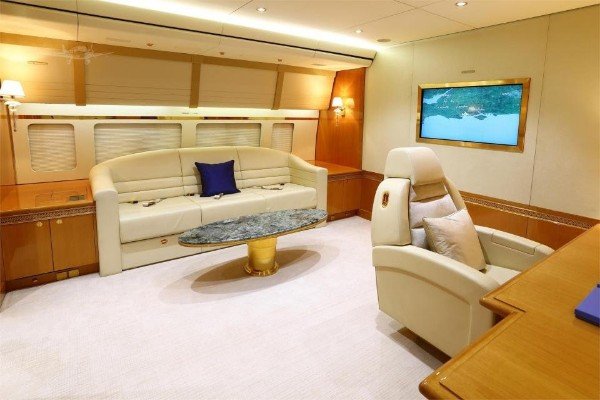 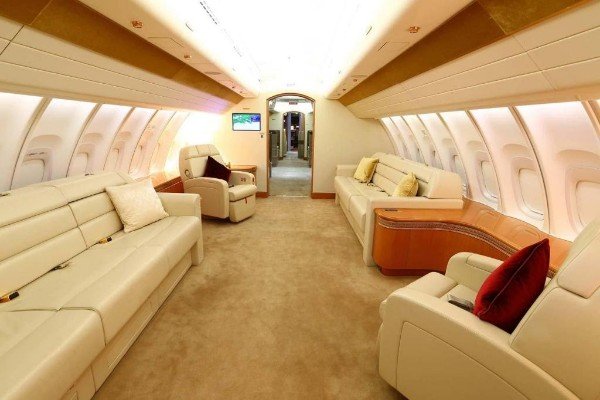 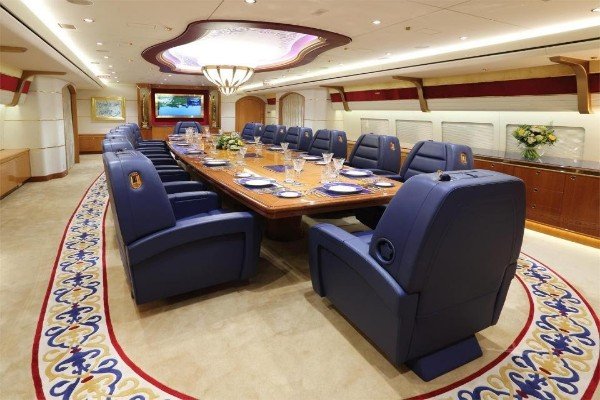 This gift shows that the Qatari ruler certainly appreciates the presence of Turkey at his side in its tussle with a regional alliance led by Saudi Arabia.

The Qatar’s ruler also promised to invest about $15 billion in Turkey which will surely pull Ankara back from the brink of a financial crisis.

What do you think about this multi-billion Naira Flying Mansion?