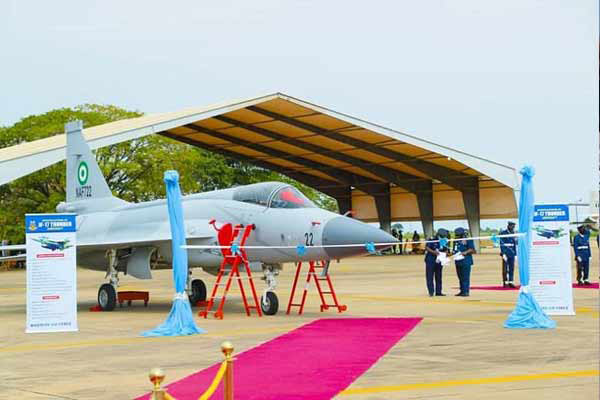 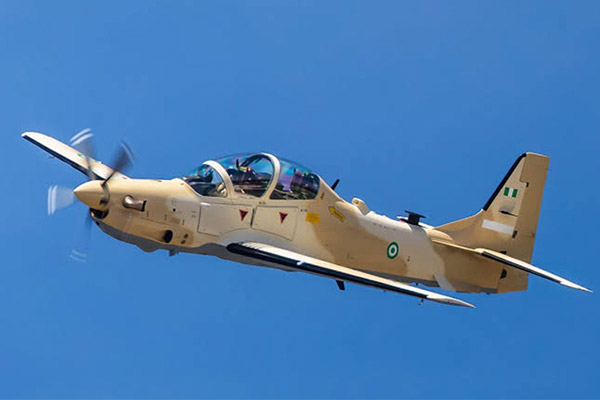 The newsmen detailed to cover the induction ceremony of the six newly acquired A-29 Super Tucano aircrafts into the Nigerian Air Force (NAF) Order of Battle, were barred from gaining entrance to the Presidential Air Fleet Apron, Nnamdi Azikiwe International Airport, Abuja.

Armed security operatives from both military and para-military organizations, who were stationed at the venue of the ceremony and other strategic locations at the airport, told newsmen that the event had been postponed.

But a top official from the United States embassy in Nigeria told reporters that the induction was neither canceled nor postponed as informed by the security agents, saying the ceremony was done ‘quietly’.

When asked why the government and the military took the decision of barring journalists from the function, the official said he had no knowledge about the decision.

Spokesman of the Nigerian Air Force (NAF), Air Commodore Edward Gabkwet, had on July 22, 2021, announced the arrival of the first batch of six A-29 Super Tucano aircraft in Kano.

He disclosed that the aircrafts were received by the Minister of Defence, Maj.-Gen. Bashir Magashi (Rtd), alongside the Chief of Army Staff, Lt.-Gen. Faruk Yahaya, and the Chief of Air Staff, Air Marshal Oladayo Amao.

Our correspondent reports that officials of the United States, the country where the fighter jets were acquired, had on Monday during a roundtable meeting with selected media houses including Daily Trust, said U.S. would help Nigeria in the fight against terrorism, using A-29 Super Tucano.

According to the Commander, United States Air Forces in Europe and Africa, Gen. Jeffrey Harrigian, the induction of A-29 Super Tucano into Nigerian Air Force operations, will be a defining moment in combating terrorism and other violent extremism.

He said the acquisition of the fighter aircraft for the Nigerian military had brought in a multitude of capabilities that would help in tackling the prevailing instability in Nigeria.

“Importantly, the platform itself brings a multitude of capabilities and this is not just about weapons, it is about intelligence, surveillance, reconnaissance, it is about that operability that it provides between the air component and the ground component.”

“And so, it broadens the shared understanding of the force to be able to operate in these different domains.